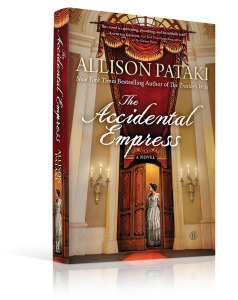 The story of Sisi still lives on today because of the many movies and books made about her. The Accidental Empress is one such book. Though it has a similar name to a biography of her, The Reluctant Empress, The Accidental Empress is actually a historical novel. I must admit that I don’t usually read historical novels, I much prefer biographies. However, I was willing to give it a go!

The Accidental Empress begins shortly before Sisi’s engagement to Franz-Joseph and intermittently shows us a glimpse into the future with one-page excerpts from her and Franz-Joseph’s coronation as King and Queen of Hungary. I found myself skipping over this excerpts because in the beginning, it was not clear what they added to the story. Though the couple is very much in love at the beginning of the story, the marriage quickly deteriorates with the meddling of Archduchess Sophie. One thing that really bothered me in the book was the incorrect use of titles in some places. Servants refer the Sisi as ‘miss Elisabeth’, and at one point even Archduchess Sophie is referred to as ‘Your Majesty’, although I’m sure she would have loved that, it is not correct. Also because Sisi was born a duchess in Bavaria the author assumes that Bavaria is a duchy ruled by Sisi’s father. Bavaria was actually a kingdom at the time and was most definitely not ruled by her father. Now, I’m sure that some of that is artistic liberty, but it is also dangerous to do things like this in a historical novel simply because it attracts a certain target group that is already interested in history.

Being inside this fictional Sisi’s mind for the duration of this book sort of diminished my view of her. I was disappointed to find that the book contained a love scene between Sisi and Count Andrássy since I think that the real Sisi would never ever do such a thing. Though I’m not sure what Austrian law says on the subject, in England Anne Boleyn and Catherine Howard were executed for treason for this supposed adultery since for a Queen it also means endangering the line of succession if a child is conceived. Also, they were about 15 years apart in age in real life. Basically, the whole thing baffled me. 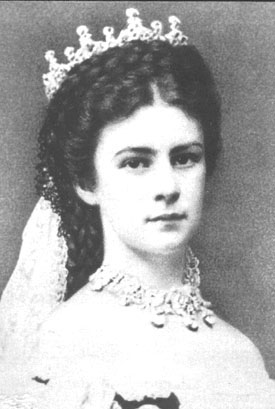 Overall, I was a bit disappointed with my first Sisi novel, and I also believe it would be more suitable for a younger audience. Perhaps I am simply too old (ha!) to believe in the fairytale, which in this case is between Sisi and Count Andrássy.

The book left an open ending, with Sisi pregnant with her fourth child (not Andrassy’s thankfully) and there will be a second novel, which I, unfortunately, believe I’m going to skip.

Allison Pataki is also the author of The Traitor’s Wife. (UK & US)