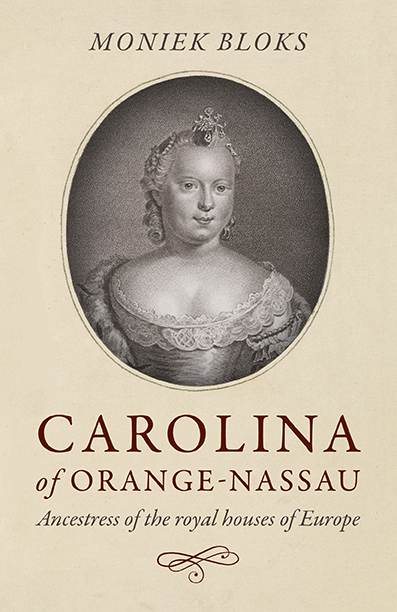 Have you always thought Queen Victoria was the grandmother of Europe? Think again!

By History of Royal Women’s owner and editor comes Carolina of Orange-Nassau – Ancestress of the Royal Houses of Europe!

Carolina of Orange-Nassau (1743 – 1787) was born the daughter of William IV, Prince of Orange, and Anne, Princess Royal and was thus the granddaughter of King George II. It was upon the King’s orders that she was named after his wife, Caroline of Ansbach. She was the first of Anne and William’s children to survive to adulthood. When her father was at last made stadtholder of all seven united provinces, Carolina was included in the line of succession, in the event she had no brothers. A brother was eventually born, but due to his weak health, she remained an important figure. Carolina married Charles Christian of Nassau-Weilburg and suffered the loss of half her children, either in childbirth or infancy. Despite this, she acted as regent for her minor brother while heavily pregnant and remained devoted to him and the Dutch Republic. Her children married well and her descendants sit upon the royal thrones of Europe, truly making her a grandmother of Europe. 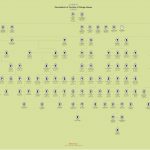 Line of descent to Carl XVI Gustaf of Sweden

Line of descent to Elizabeth II of the United Kingdom

Line of descent to Felipe VI of Spain

Line of descent to Harald V of Norway

Line of descent to Henri, Grand Duke of Luxembourg

Line of descent to Margrethe II of Denmark

Line of descent to Philippe of the Belgians

Line of descent to Willem-Alexander of the Netherlands

Goodreads reviews for Carolina of Orange-Nassau

We use cookies to ensure a personalised experience on our website. Your data will be shared with Google and other ad vendors. Press "agree" if you are okay with this. You can withdraw your consent at any time.AGREEREFUSERead more
Revoke cookies