Margaret of Austria is perhaps best known as the governor of the Habsburg Netherlands. She was born on 10 January 1480 as the second child of Archduke Maximilian of Austria and Mary of Burgundy. Mary had named her daughter after her stepmother Margaret of York. Before her tenure as governor young Margaret was married twice and was even engaged to the future Charles VIII of France.

She was raised as the future Queen of France at the French court, but her engagement fell through when Charles married Anne of Brittany. She returned home in 1493 and eventually she was part of a double marriage treaty between her and John, Prince of Asturias and the future Joanna of Castile (Joan the Mad) and Philip the Handsome. She married the Prince of Asturias on 3 April 1497 but on her way there her ship was caught in a storm, and she wrote her own epitaph in case she didn’t make it.

“Here lies Margot, the willing bride,
Twice married – but a virgin when she died.” 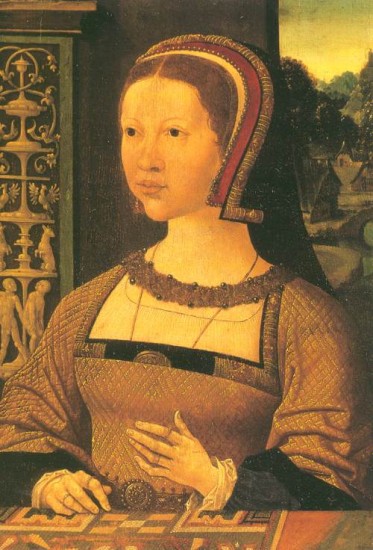 She made it safely to Spain, but her luck was not to last. John was deeply in love with Margaret and apparently, the time they spent in bed made the physicians worried about his health.  Margaret soon became pregnant, but John became ill in October 1497. He died on 4 October 1497 with his father by his side, leaving behind a pregnant widow. Margaret went into labour on 8 December and gave birth to a girl, who unfortunately was stillborn. This girl would have been heiress apparent. The death of this little girl must have been a terrible blow, especially so close to John’s death.

Margaret married again in 1501 to Philibert II, Duke of Savoy but he died three years when he was only 24. She had no children by him, and after his death, she vowed never to marry again. 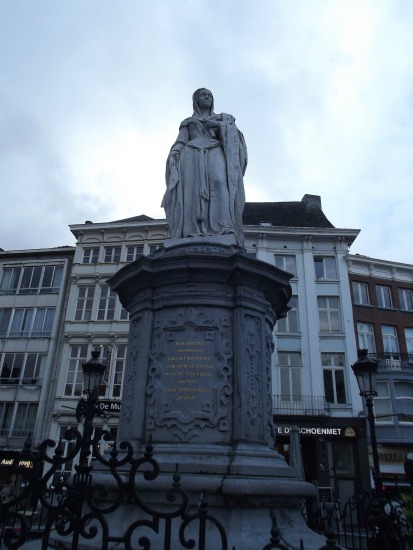 Statue of Margaret of Austria in Mechelen. © History of Royal Women

She was a formidable ruler of the Habsburg Netherlands after her brother’s early death. She was named governor by her father, and she was her young nephew’s guardian. Charles rebelled against her in 1515, but soon realised his mistake and she was reinstated. She died on 1 December 1530, and she’s buried in Bourg-en-Bresse in the Royal Monastery of Brou together with her second husband and his mother, Margaret of Bourbon.

I wonder if she ever longed back to the time where she was Princess of Asturias and nearly a mother. She never had children again, so it’s possible the first birth rendered her sterile. Her accomplishments as ruler of the Habsburg Netherlands show she would’ve made an excellent Queen of Castile, but we’ll never know!