Arolsen Palace was built between 1711 and 1722 by Count Ulrich zu Waldeck. The construction that was on the site was completely torn down. The new baroque palace was the birthplace of Emma of Waldeck and Pyrmont, the future Queen (regent) of the Netherlands, who famously remarked “We can’t just let the poor man go home all alone” when her sister turned down King William III’s offer of marriage. Her sisters Sophie, Pauline, Marie, Helena and Elisabeth were all born at Arolsen.

The wedding of Emma and King William III of the Netherlands took place in the chapel of Arolsen on 7 January 1879. The groom wore the uniform of an admiral and the bride wore a white dress with a long train, a lace veil, a tiara and an ermine shoulder cover. The entire Princely family of Waldeck and Pyrmont was there, plus Charles Alexander, Grand Duke of Saxe-Weimar-Eisenach and his wife, Princess Sophie of the Netherlands (William’s sister), William, Prince of Wied (husband of Princess Marie of the Netherlands, granddaughter of King William I), Duke William of Württemberg, Georg, Prince of Schaumburg-Lippe and his wife Princess Marie Anne of Saxe-Altenburg. The Netherlands was represented by the Minister of Foreign Affairs, the presidents of both houses of the States-General and the vice-president of the Council of State. The court preacher Ulrich Scipio blessed the marriage. 1

The couple went on to have one daughter, Wilhelmina, who became Queen at the age of 10. 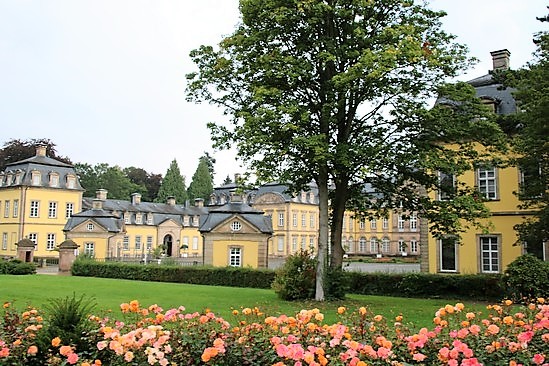 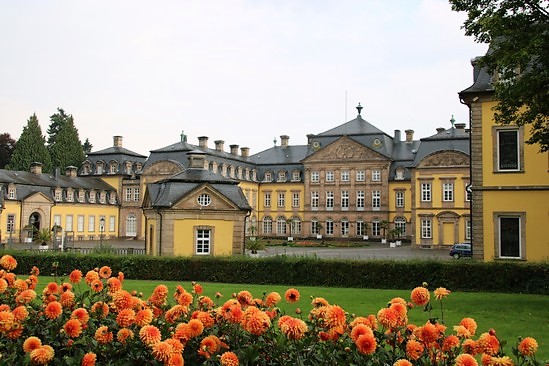 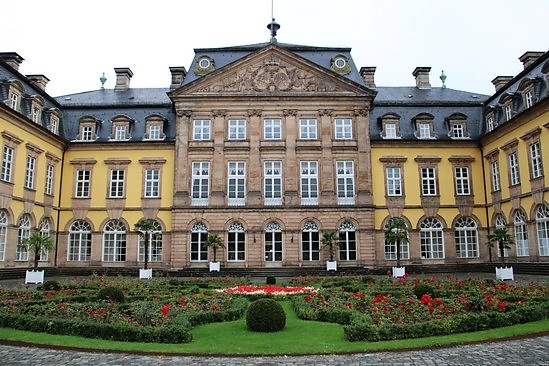 Unfortunately, photography was not allowed inside. You can only enter with a (German) tour of the castle which costs €7. There is a small gift shop, which also has a few English books.