There is still some local history left to discover and this one had been on my list for a while. St. Stephen’s Church in Nijmegen is home to the tomb of Catherine of Bourbon. She was born the daughter of Charles I, Duke of Bourbon and Agnes of Burgundy in 1440. She married Adolf, Duke of Guelders on 28 December 1463 in Bruges, Belgium. Catherine and Adolf had twins, Philippa and Charles who both lived to adulthood. Philippa was the great-grandmother of Mary, Queen of Scots. Charles had no legitimate issue and his tomb is actually in the Eusebiuschurch in my hometown. Catherine died on 21 May 1469, though we do not know what caused her death. 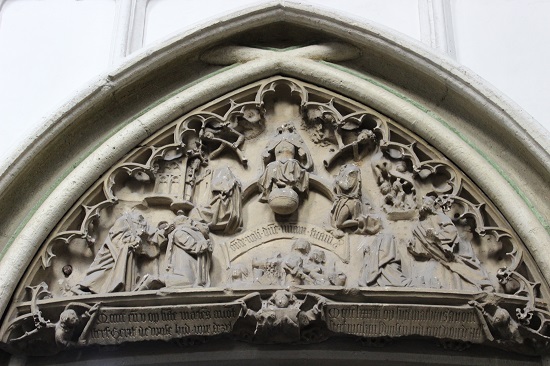 The church is very pretty but still a bit damaged by history. Notice the missing heads here. 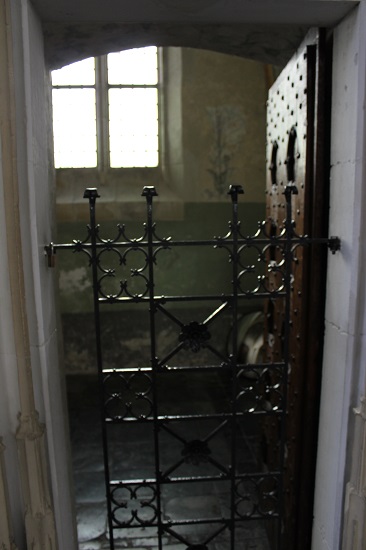 This is the chapel which also held important papers. It was initially closed but an employee later let me in. 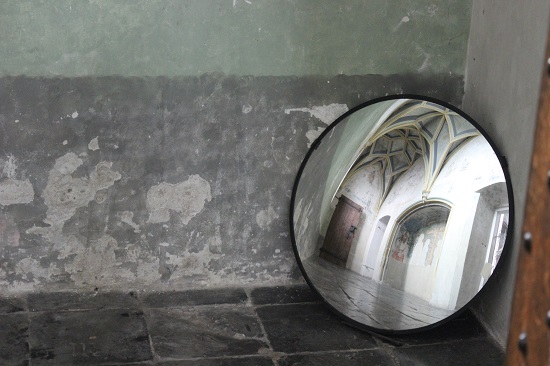 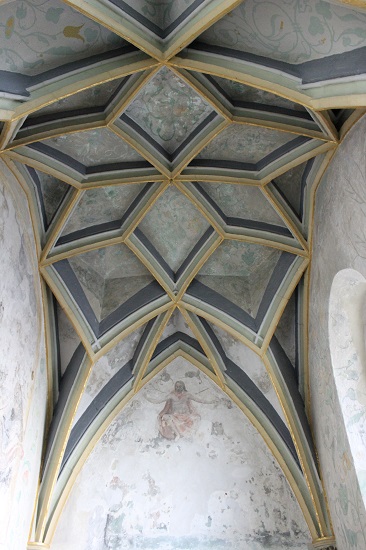 Such a gorgeous ceiling! 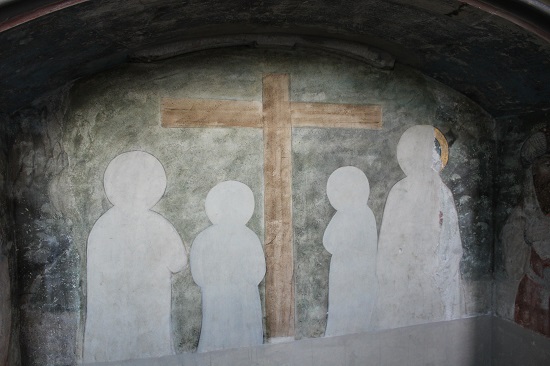 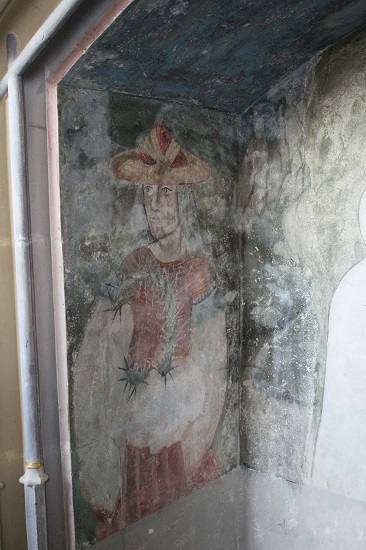 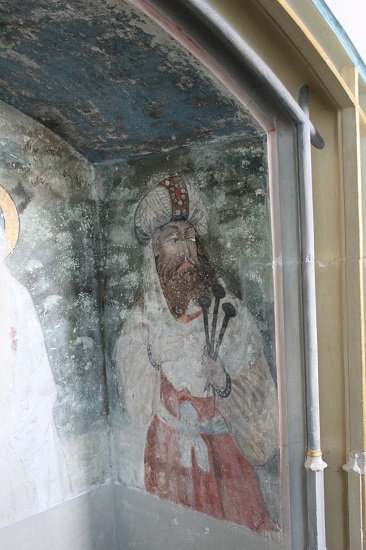 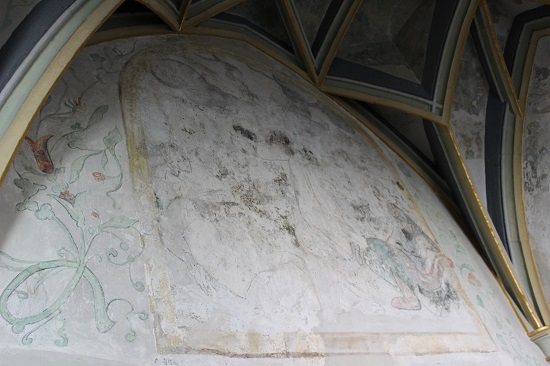 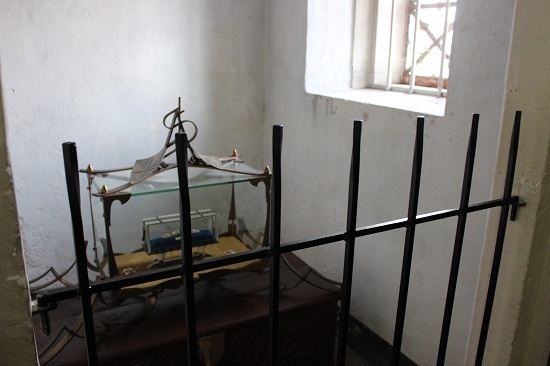 This is where the important papers were kept. The door had several locks and could not be opened by just one person. 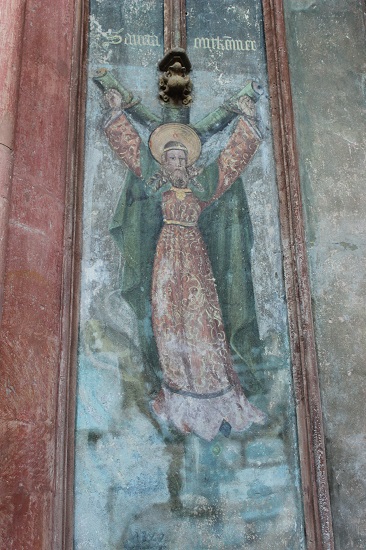 This is Saint Wilgefortis, who, according to the legend, was either a noblewoman or a princess who had been promised in marriage to a pagan king. She had taken a vow of chastity and prayed that she would be made repulsive. She grew a beard, which ended the engagement. Her father had her crucified. 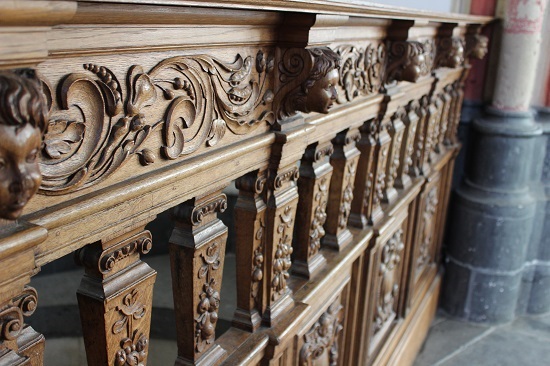 The gate to the crypt, which is open to the public but you have to be escorted by an employee. 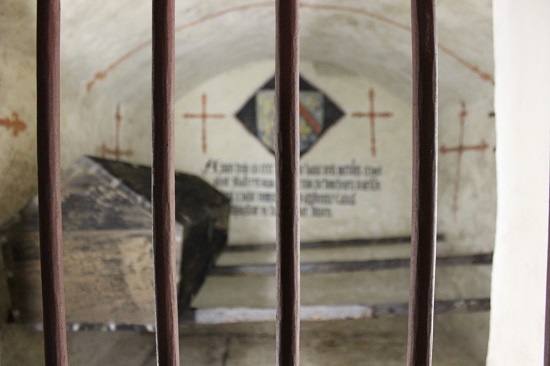 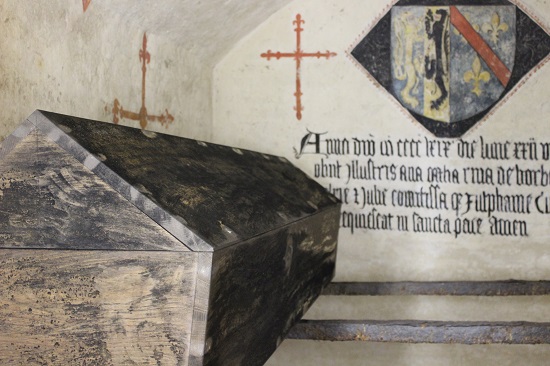 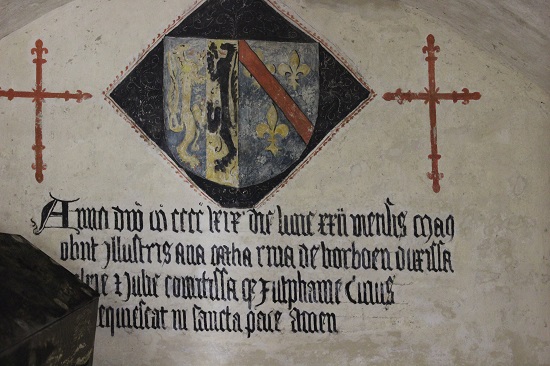 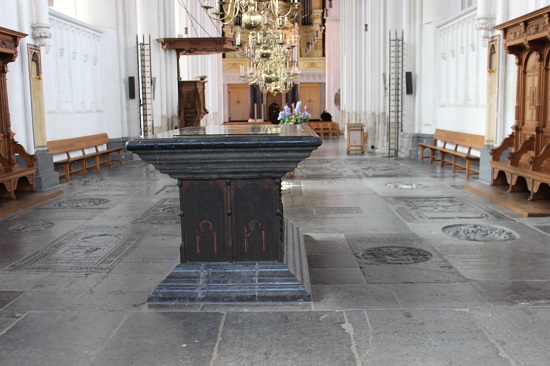 The tomb inside the church 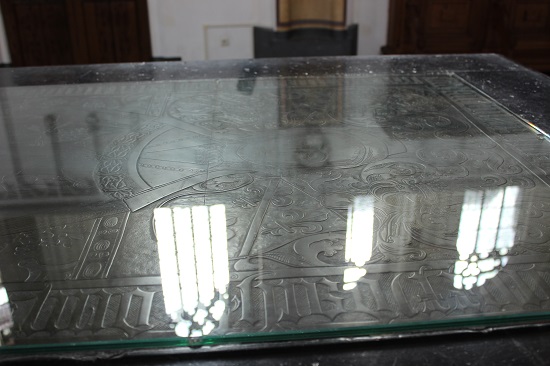 Gorgeous engraving on the top of the tomb 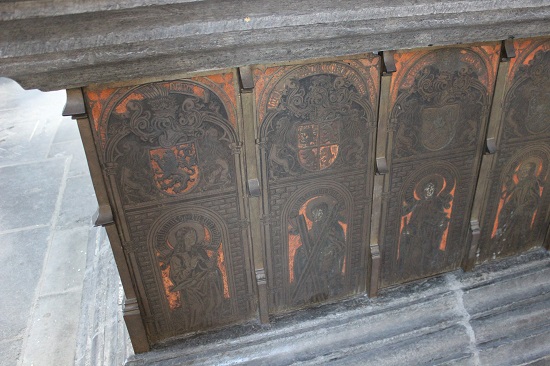 These were added about 40 years later by her son, her tombstone was originally in the floor.

Entrance to the church is free, but a donation can be made. The church was under a lot of construction on the outside. It was pretty though and I was really glad I was able to go inside the crypt. I wish there was more information inside the church. On the wall, there was only a tiny explanation of the tomb. Such a shame!

About Moniek 1611 Articles
My name is Moniek and I am from the Netherlands. I began this website in 2013 because I wanted to share these women's amazing stories.