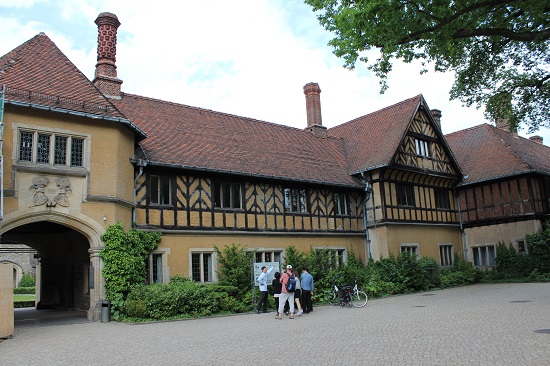 Schloss Cecilienhof is now perhaps best known as the place of the Potsdam Conference in 1945. Before that, it was the home of Crown Princess Cecilie and Crown Prince William. Construction began in 1914 after the Marble Palace proved inadequate for them. The two palaces are about 1 kilometre apart. 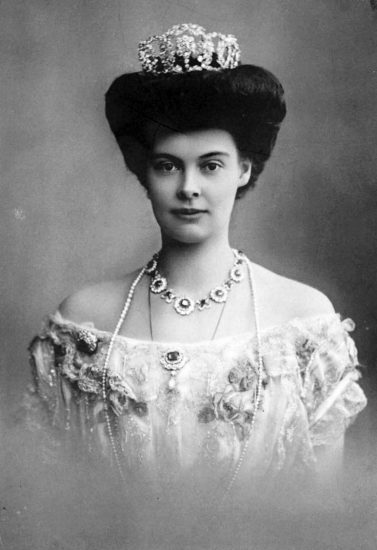 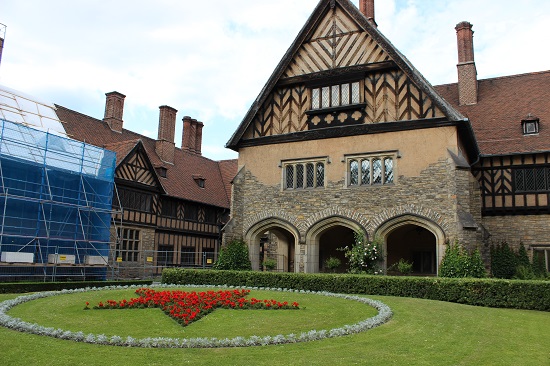 As you see, there was some construction going on while we were there (Quelle surprise!). You can only visit the palace with a guided (audio) tour, and most of the palace is now dedicated to the Potsdam Conference, sadly. The gift shop did have some interested trinkets so at least I had some fun in there! Pictures inside were not allowed, however, the official website does have some pictures of the inside. 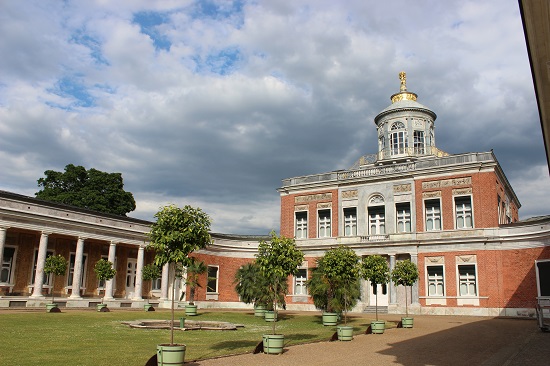 We made a split second decision to try and get to the Marble Palace before closing time. Last admittance was at 5.30PM; we got there at 5.20 PM. Luckily we were allowed in. However, we were asked to stuff our backpacks in a closet (yes, a closet!) and when the tour guide heard that we were from the Netherlands she put aside the English audio guides and told us we didn’t need them. She then proceeded to do the tour in German. The Germans sure do like to assume that all Dutch persons speak German and though I do understand most of it, I can’t really speak it, and my travelling companion doesn’t speak German at all. I thought it was a bit rude of her to assume. Why else would we ask for English audio guides? We got a private tour through the palace, and it was nice, but I didn’t understand all of it.

The Marble Palace was built from 1787 as a summer residence. However, it was soon considered too small. 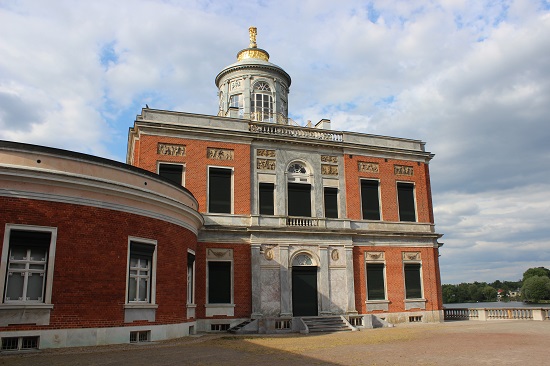 I took this picture after closing, and you can see that the blinds were closing. The location is quite beautiful, and I’m not sure I understand why the Crown Princely would’ve wanted to move to the Cecilienhof! You can see some pictures of the inside on the official website.

The Schloss Cecilienhof and Marble Palace are included in the Sanssouci + ticket, but please keep in mind that these two are not on the grounds of the Sanssouci Park and doing all in one day is almost impossible.