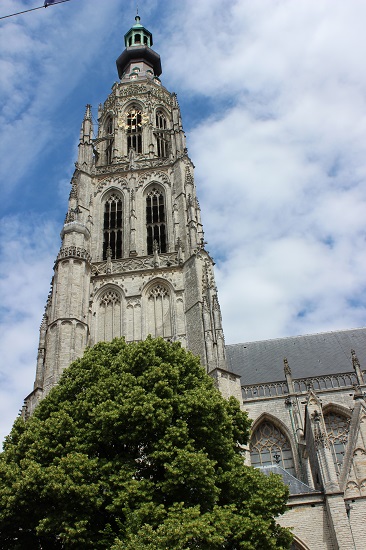 This is the Church of Our Lady at Breda, The Netherlands. It’s perhaps better known simply as the Great or Grote Kerk / Church because it’s now a protestant church. 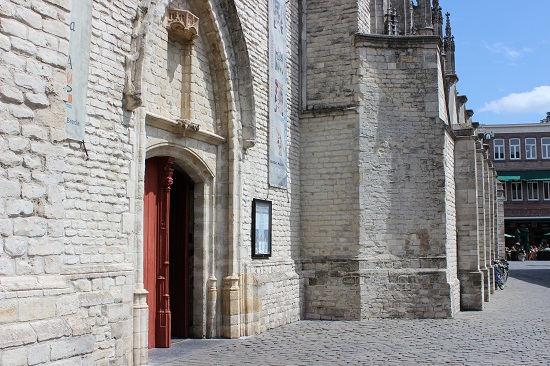 There was actually a wedding happening here later in the day, so it was a bit decorated on the inside. 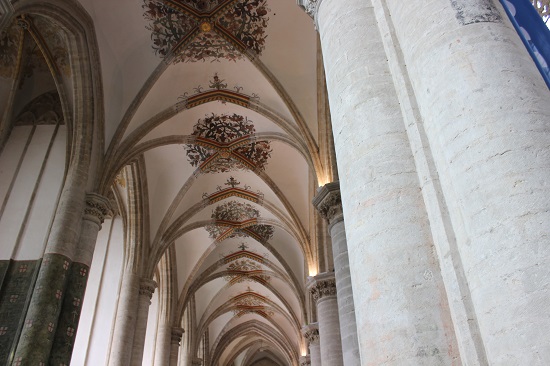 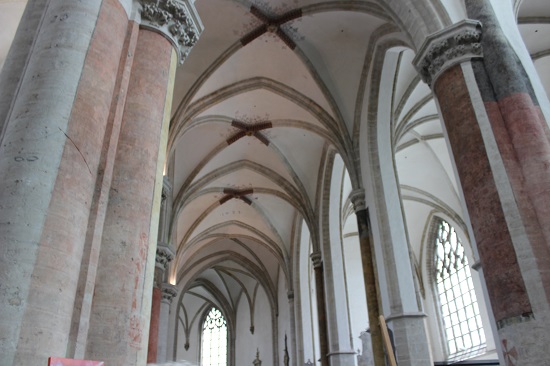 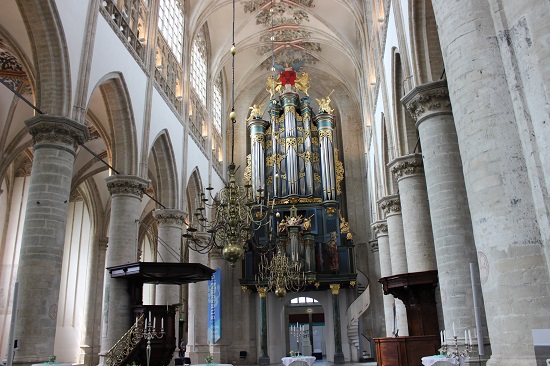 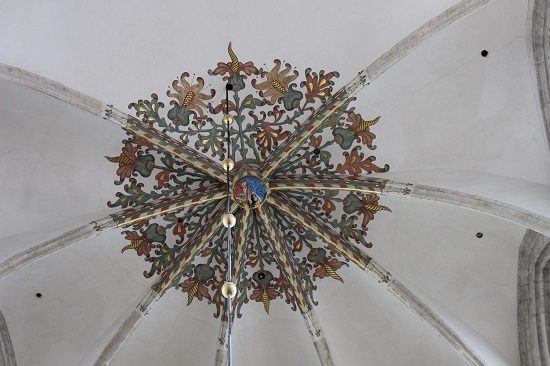 It’s a seriously beautiful church, and entrance is free. We had a bit of talk in the choir before moving onto the important stuff, the tombs! 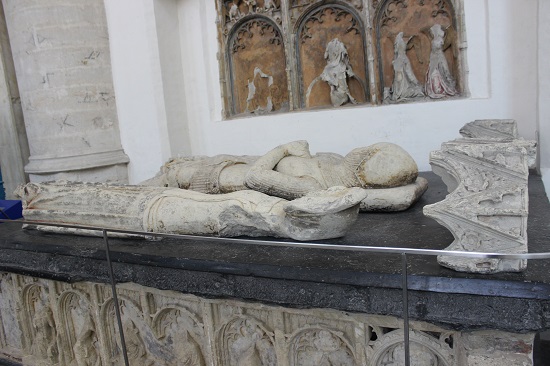 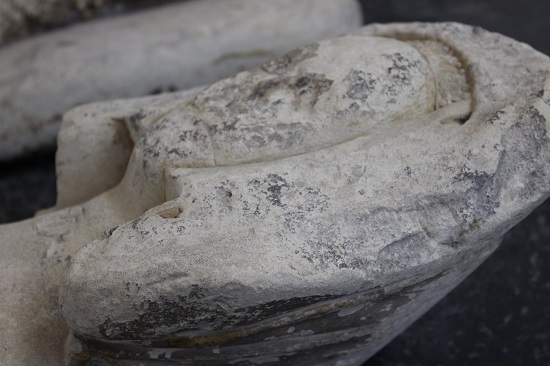 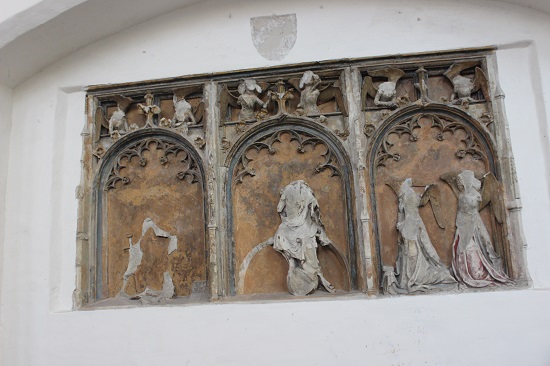 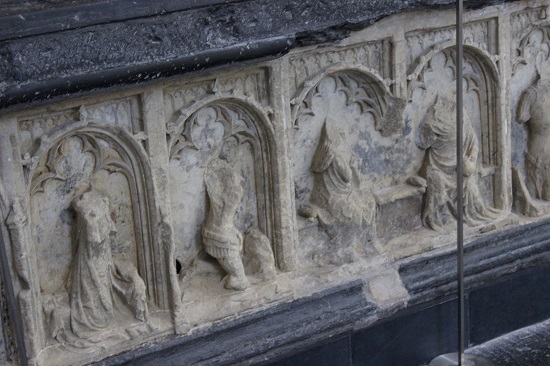 John II van Polanen (grandfather of Johanna) together with his two wives Oda of Horne-Altena and Machteld of Rotselaer-Brabant (a bastard daughter of John III, Duke of Brabant). 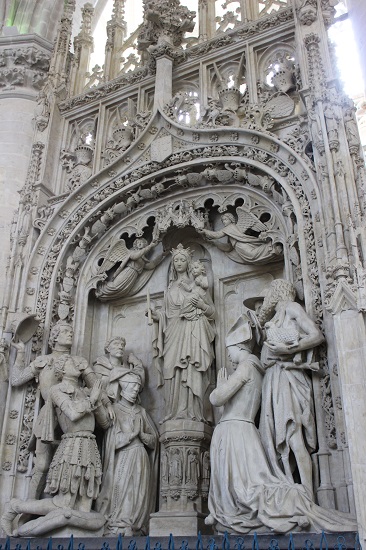 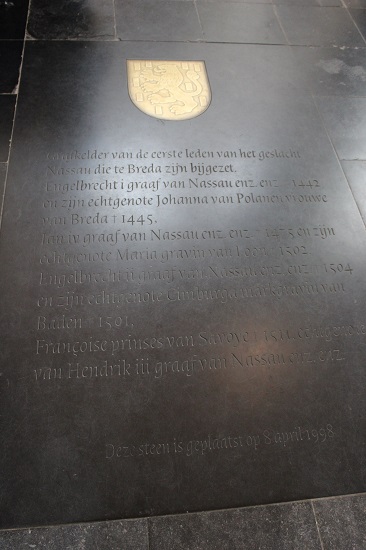 In this vault are:

Plus there are several incomplete and unidentified remains. 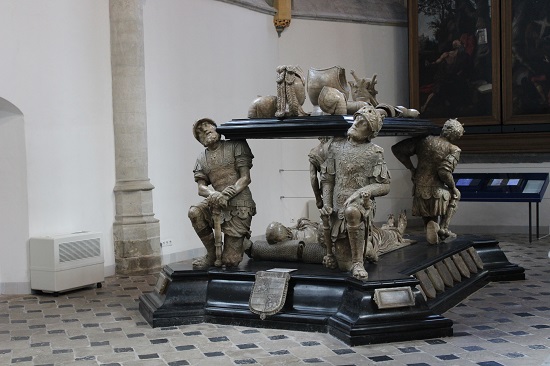 Next to this is the Princes’ Chapel. This is the old family fault of the Orange-Nassaus. Seventeen members of the family are buried in the chapel. When William the Silent was murdered the city of Breda was in the hands of the Spanish. He was therefore buried in Delft, and the family burials continued in Delft. 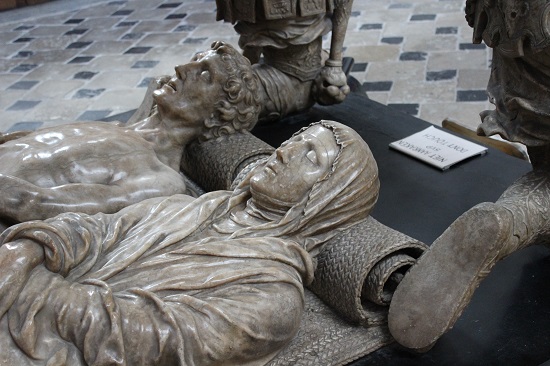 The monument itself is of Cimburga of Baden and her husband Engelbrecht II (despite the fact that he is buried in the old vault above!) 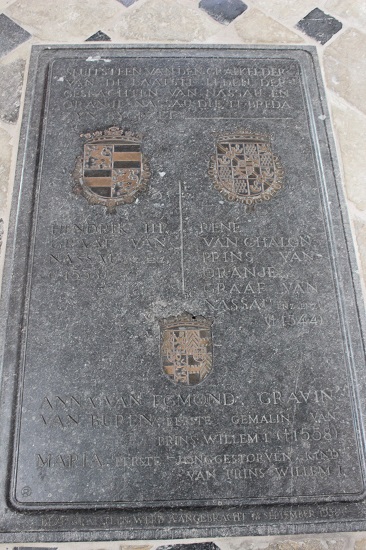 This vault contains the remains of: 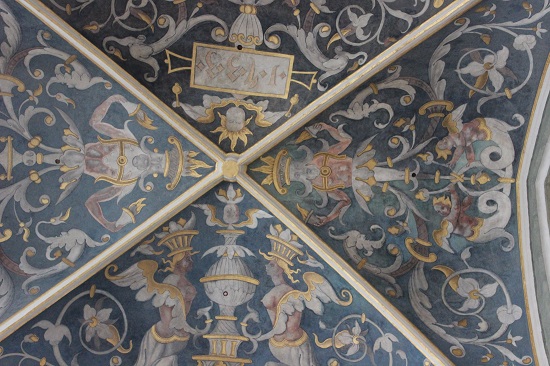 Gorgeous ceiling inside the Princes’ Chapel