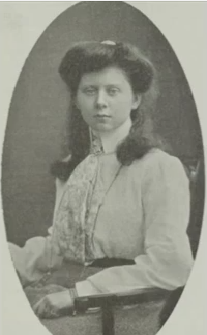 Her parents weren’t very wealthy, and the family lived in Heidelberg, where they mainly lived off funds from the Weimar court. Sophie was quite popular in the city, and she often visited notable people in town. She was said to be a great beauty. She played several instruments and was said to be a great shot.

Sophie met the son of a powerful banker, Hans von Bleichroeder and by 1913 rumours arose that Sophie wanted to marry him or that he was used as a go-between to someone else she wanted to marry. Either way, she appealed to the German emperor to be allowed to marry morganatically though she claimed she would consider marrying without his consent if it came to it. 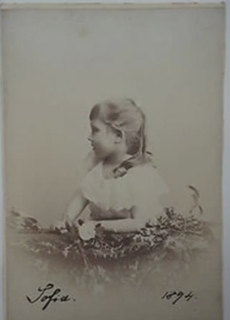 An official announcement came from the Weimar court that there was no engagement. Possibly Sophie was asked to relinquish her title, but she refused. Or possibly the Grand Duke of Weimar threatened to cut off the whole family.

Either way, on 18 September 1913, she retired to her room at night in her usual spirits. Shortly after midnight, a gunshot was heard, and she was found by a servant with a gunshot wound to the forehead. At first, they tried to cover up the suicide by announcing that she had died from a paralysis of the heart. The true details soon emerged. Most assumed that the suicide was due to the opposition to her engagement. However, there was another event that may have contributed. A month before her suicide Sophie had been in a car, probably as the driver, that mortally injured a young girl while speeding. The family was paid compensation to avoid a trial, but it soon came out that Sophie was the driver and that Hans von Bleichroeder had also been in the car.

Sophie was cremated, and she was interred in the Royal Family vault in Weimar. She was possibly the first European Royal woman to be cremated.

When she died, she was just 25 years old.