The Hofburg Palace in Vienna is the former Winter palace of the Habsburgs monarchy. It was built in the 13th century and was expanded over the centuries and consists of several wings. It was the scene of many deaths and births, such as both the birth and death of Empress Maria Theresa.

It currently has several different functions, including several museums, such as the Sisi museum and the Imperial Treasury.

Inside the Greek exhibition in the Neue Burg, part of the Hofburg.

Joseph II and two of his sisters

Francis I and Maria Theresa

The most amazing family tree I’ve ever seen. From Rudolf I to Philip the Handsome. 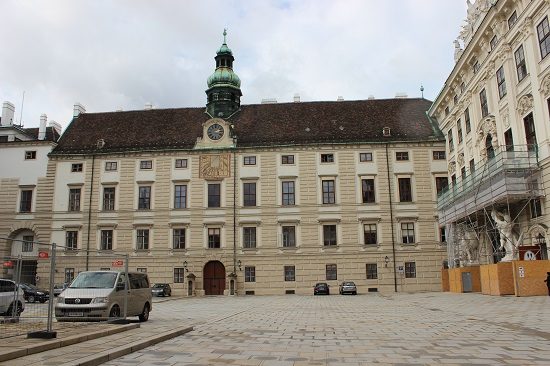 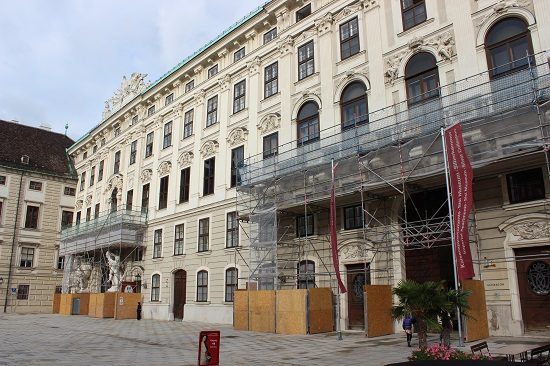 These two buildings house the apartments of Franz Joseph I(below) and Empress Elisabeth (Sisi – above). This museum is appropriately named the “Sisi-museum”. At the time some construction was going on and so the ticket office was inside a barrack.

It’s quite an amazing building and definitely worth the visit. It’s located at Michaelerkuppel and the entrance fee ranges quite a bit due to several combi-tickets and the different museums. It’s a bit on the expensive side so opt for a combi-ticket.