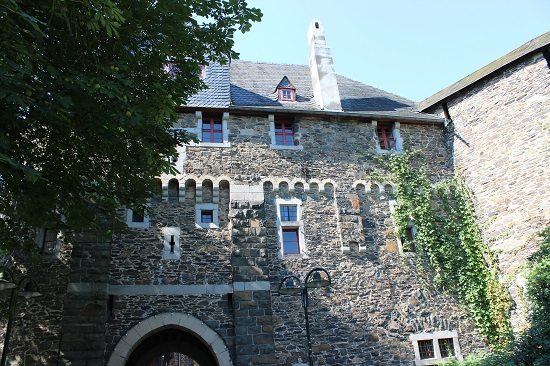 With my copy of “In the Footsteps of the Six Wives of Henry VIII” in hand I visited Castle Burg (an der Wupper) in Solingen, Germany, where Anne of Cleves spent much of her childhood. The Castle suffered much over the years of war and is largely a reconstruction of what Anne would have known. 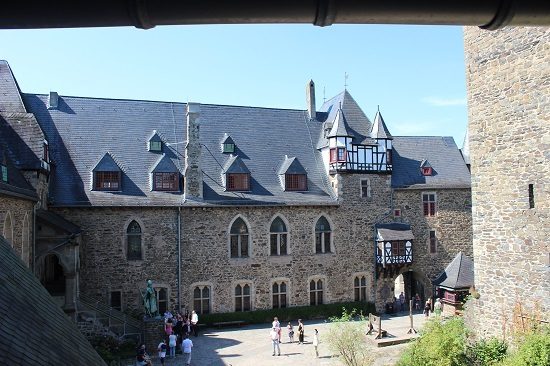 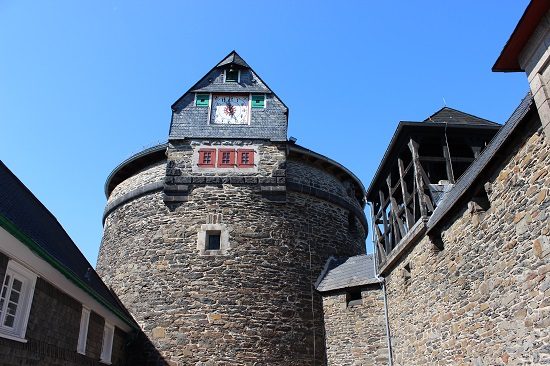 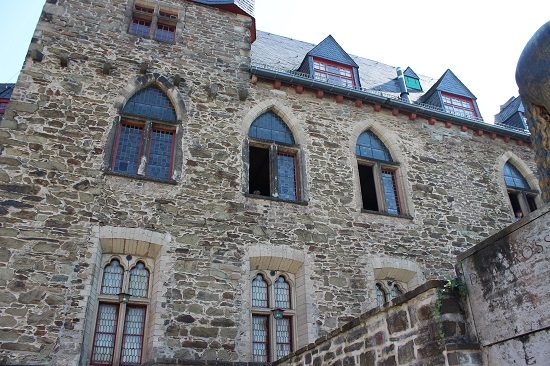 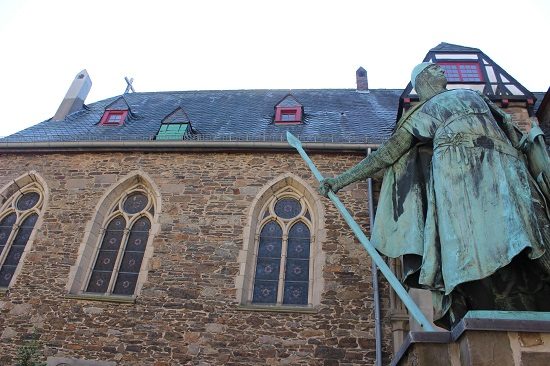 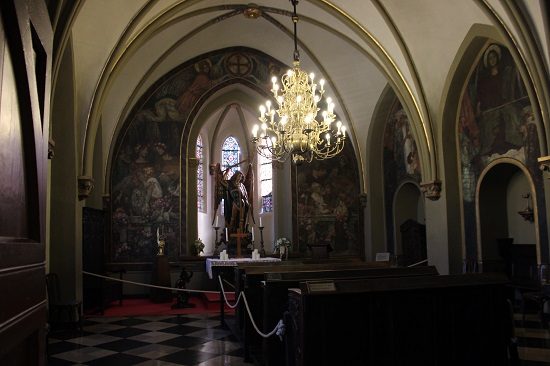 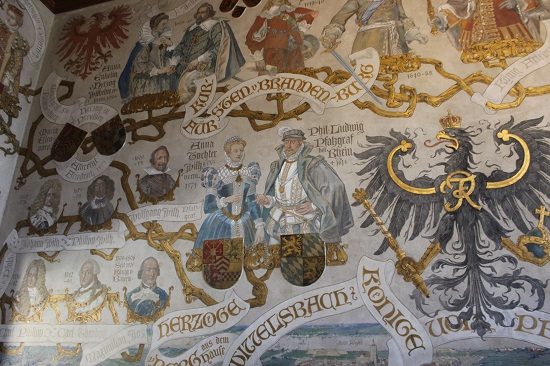 The antechamber to the great hall is painted with the story of the Counts of Cleves. Very nicely done. 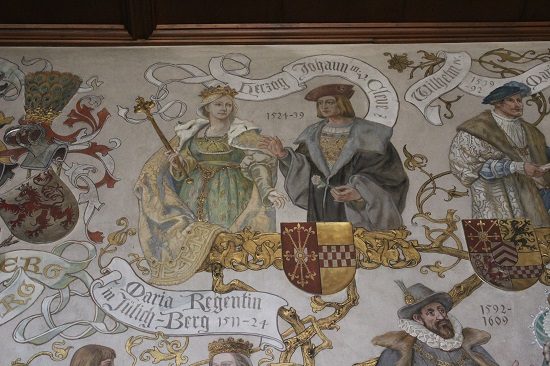 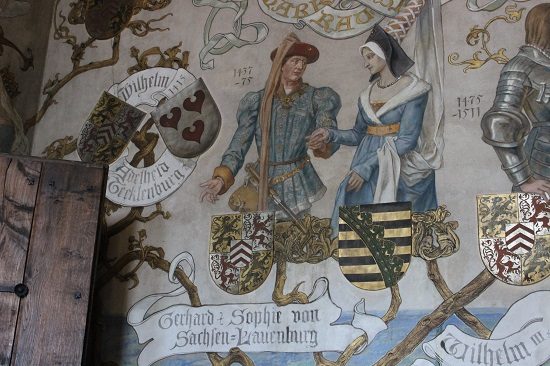 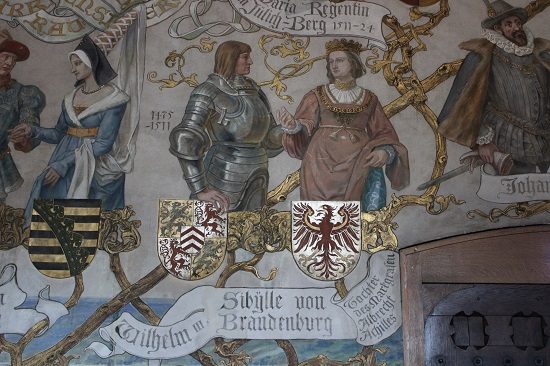 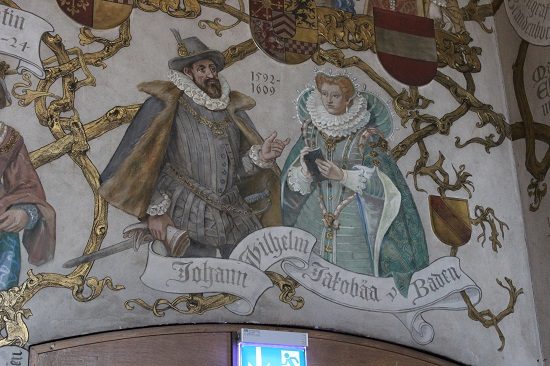 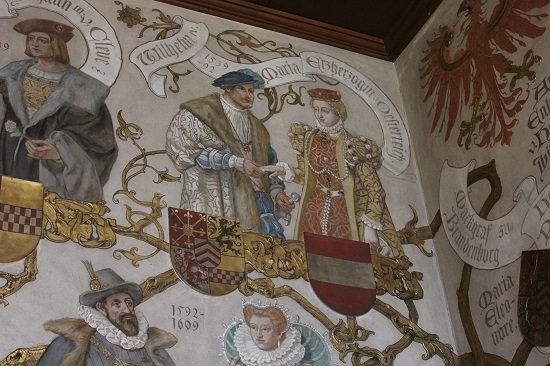 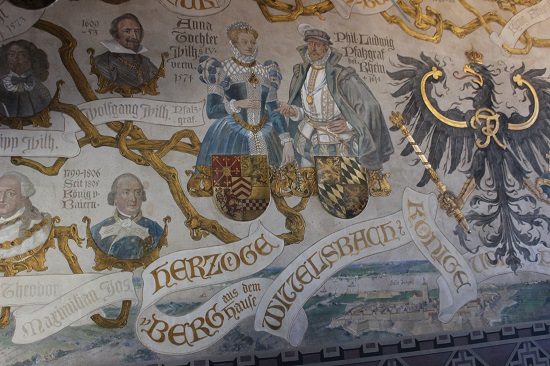 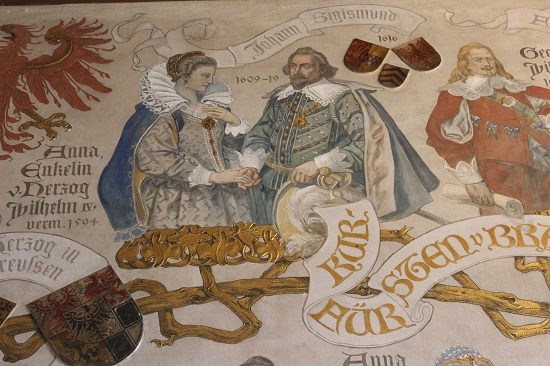 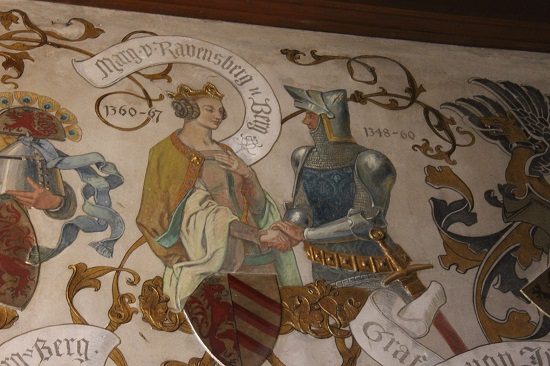 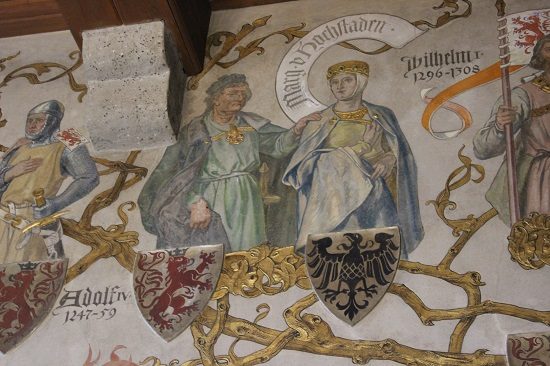 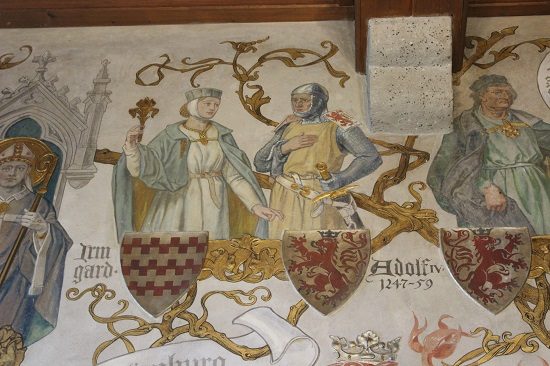 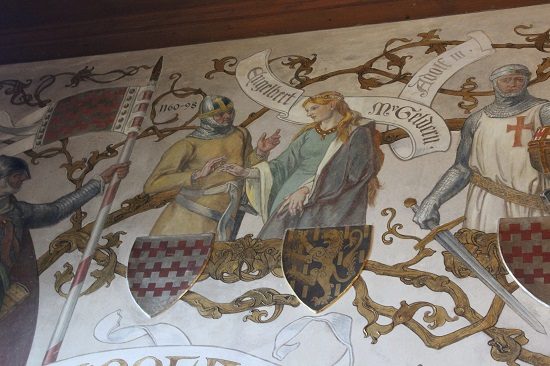 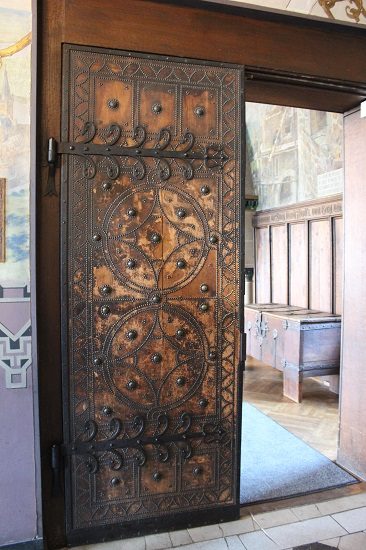 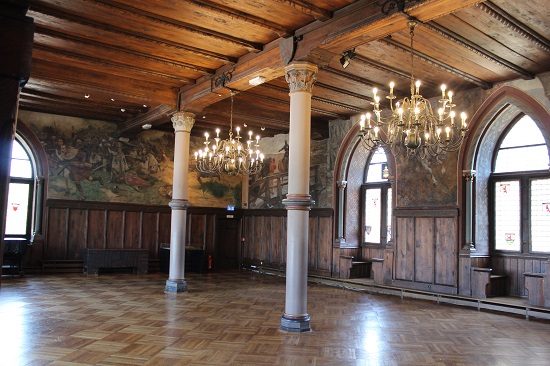 The great hall was used for important occasions, such as the marriage between Anne’s parents and the betrothal of her elder sister, Sybille. 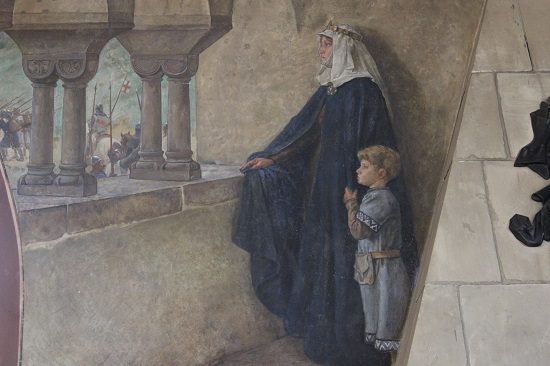 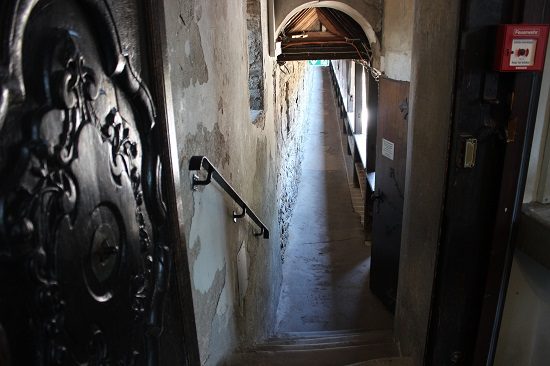 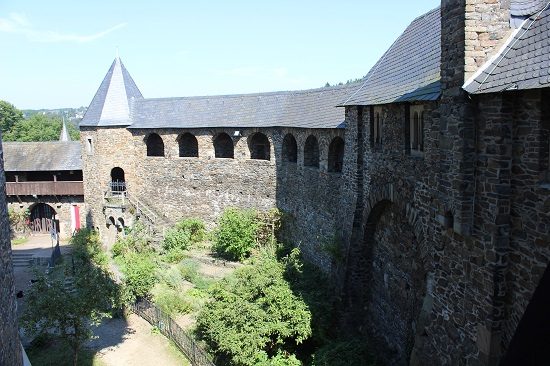 Schloss Burg really takes you back in time, despite the castle being mostly a reconstruction. You can’t really tell! You can take a cable car to the castle or park nearby (as we did). Public transportation is possible, though from my starting point, rather difficult. It costs only €5,- to go in, which is quite a bargain. Unfortunately Anne of Cleves appears to be largely forgotten, in fact except for the magnificent murals in the antechamber, there is very little historical information. The shop is filled with figures of knights and princesses aimed towards children.