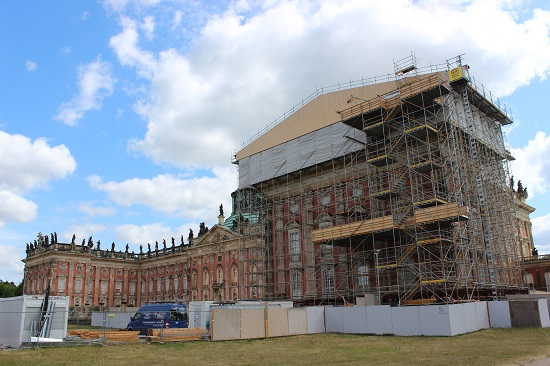 Sanssouci Park is a great park with many buildings. Most were built in the 18th century and were expanded in the 19th. Sanssouci Palace is its main focus, but it houses many more amazing buildings. Above is the New Palace. Currently, under construction (of course!), it was built by Frederick the Great from 1763. It was closed on the Tuesday that I visited it. 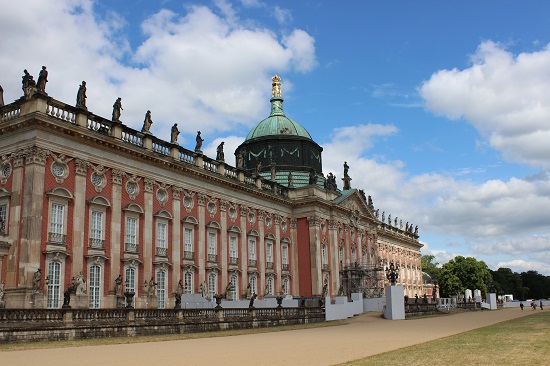 The side of the New Palace, facing the gardens. 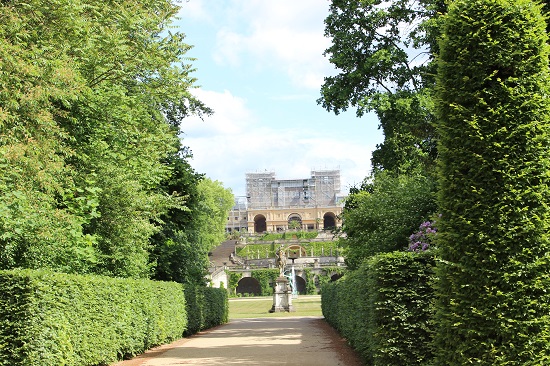 The Orangery Palace was built from 1851. 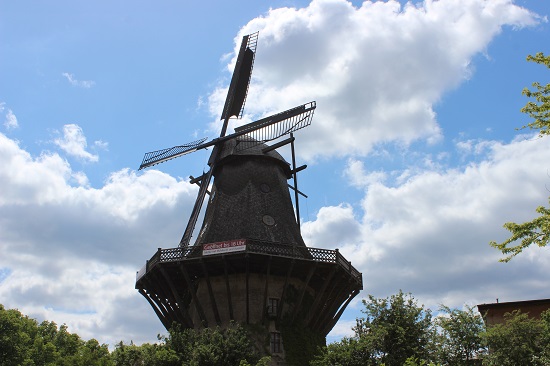 The Historic Windmill is not quite as historic as the name suggests. Its original structure was built in 1787, but it burned down in 1945 and was only rebuilt in 1993. It’s open to the public. 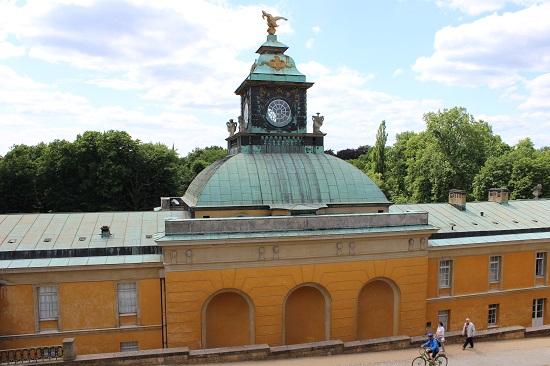 The New Chambers were built as an orangery in 1747 and were converted to be used a guest palace. 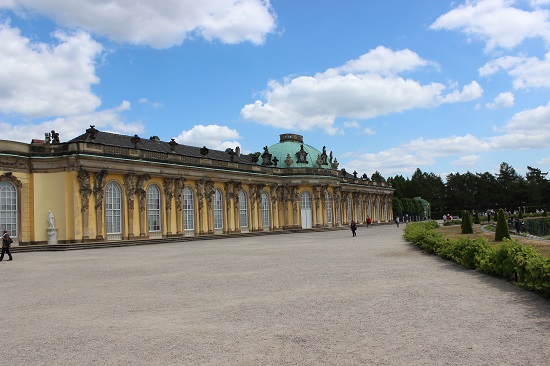 Sanssouci Palace, thankfully not under construction, was Frederick the Great’s summer residence. The name means ‘Without sorrow or concern’. You can visit the Palace and even take pictures inside (you have to BUY a permit); however, these are only intended for personal use, and I am unable to share these picture with you. I liked the inside of the palace, but the organisation is very strange. They shove an audio guide in your face, and that’s it. As I also intended to take photos, I had no use for it, and I had to resort to sticking it in my back pocket. They forced me to wear my backpack in front of me as well, as there were no lockers available. I still don’t understand why as everything was behind a rope. 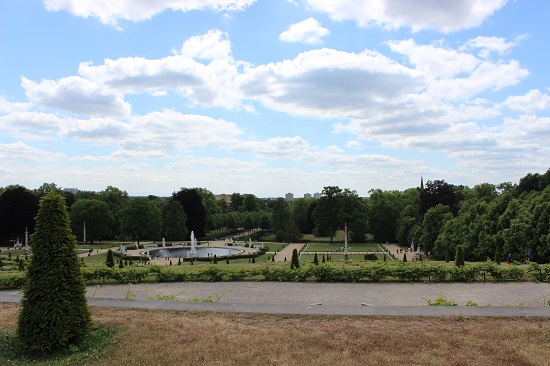 The Park certainly has its appeal, and you can definitely tell why it was built like this. 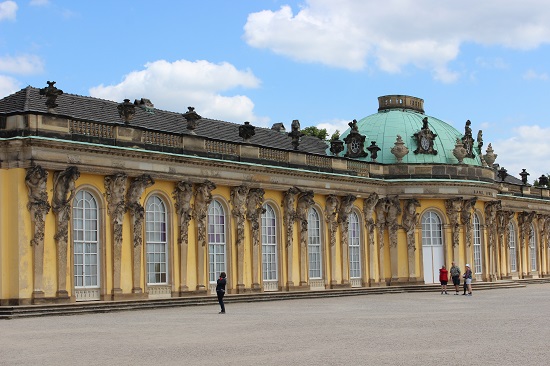 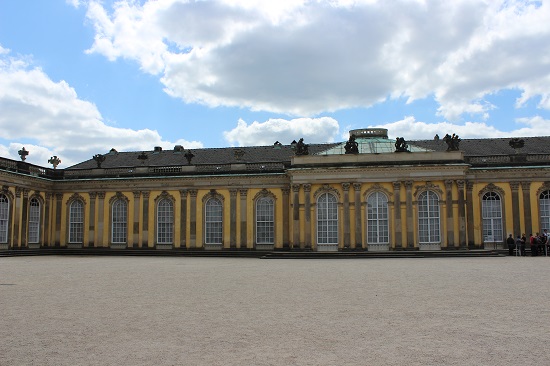 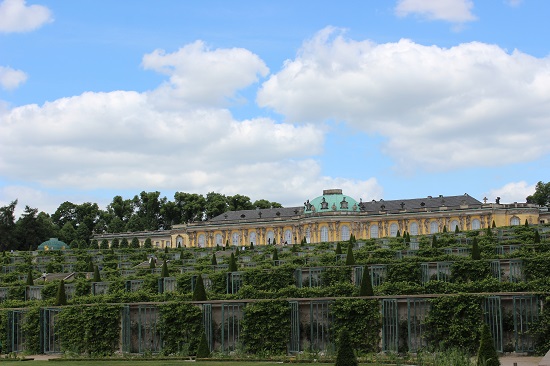 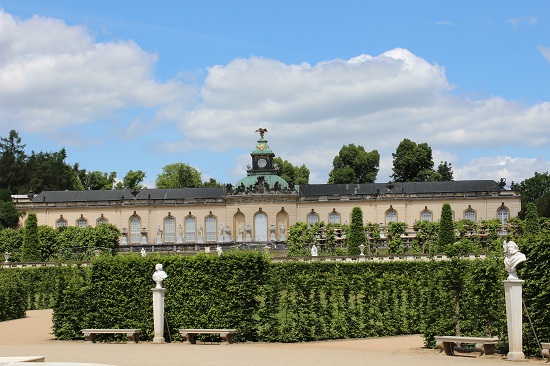 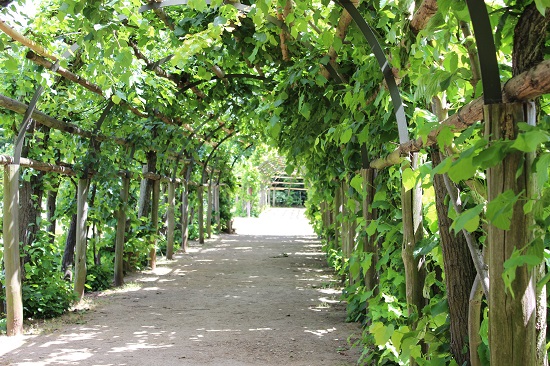 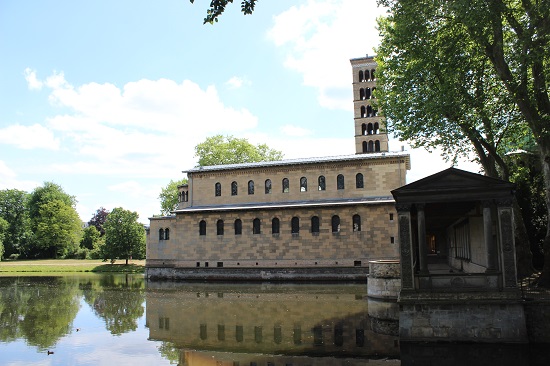 The Friedenskirche or Church of Peace 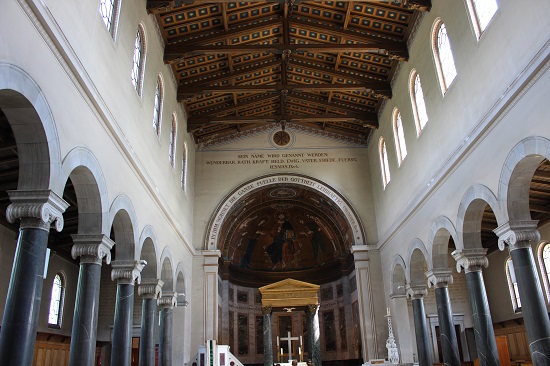 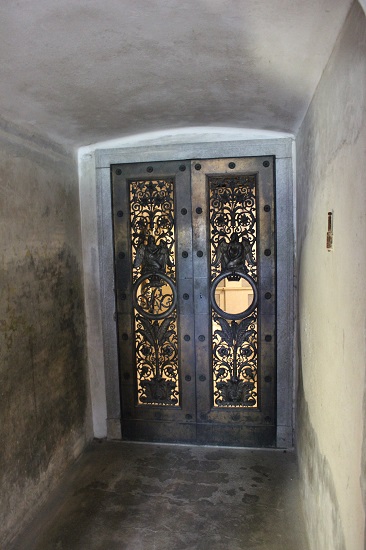 Door to the crypt 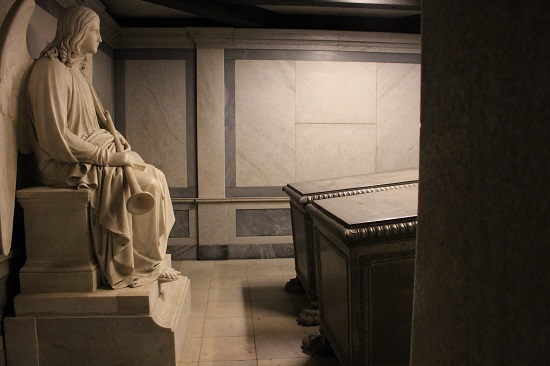 Peeking through the door to the tombs of King Frederick William IV and Elisabeth Ludovika of Bavaria. 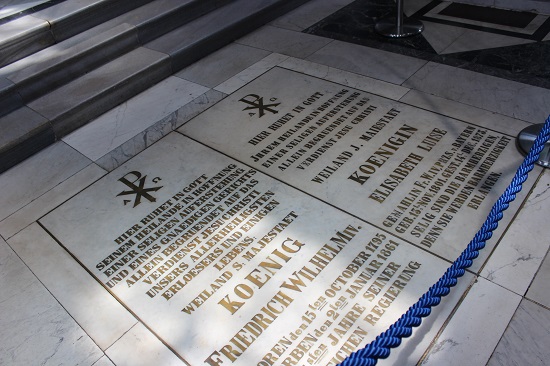 This is the entrance to the dome where Empress Frederick III and Empress Victoria are buried. 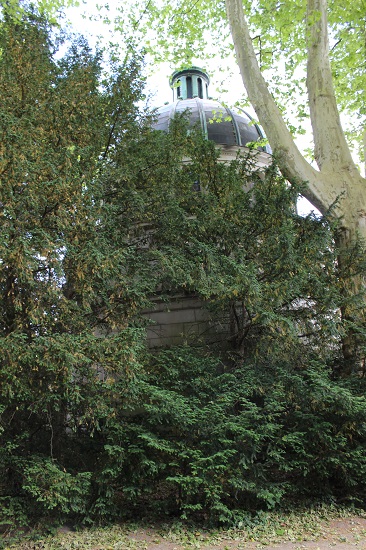 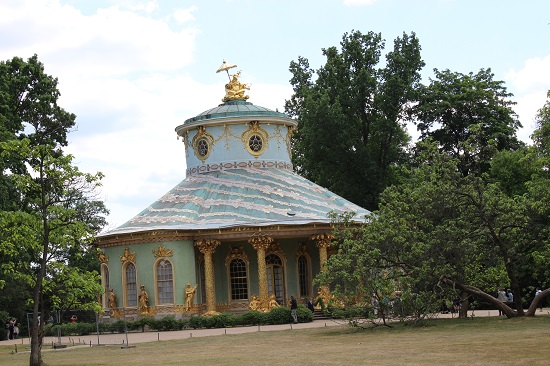 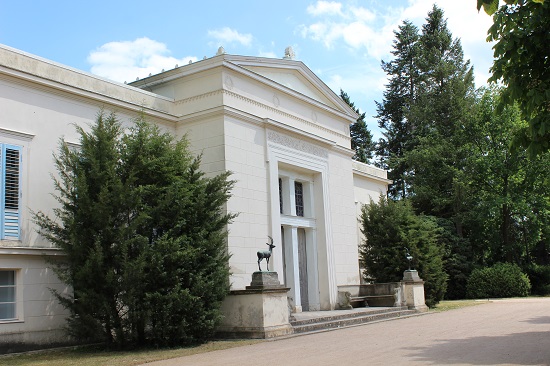 Charlottenhof Palace was built for the Crown Prince, the future Frederick IV and Elisabeth Ludovika. 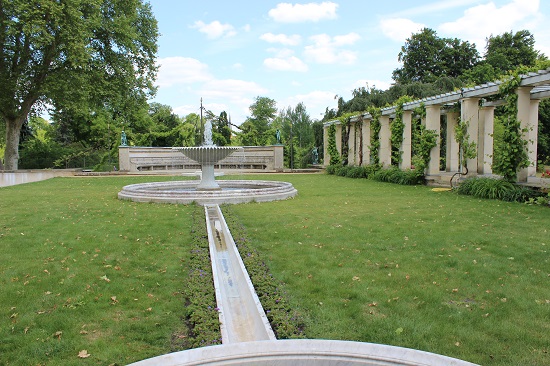 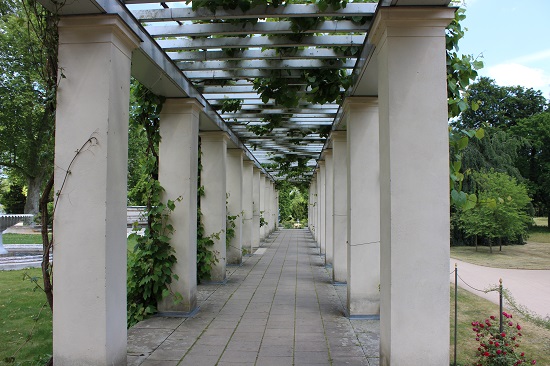 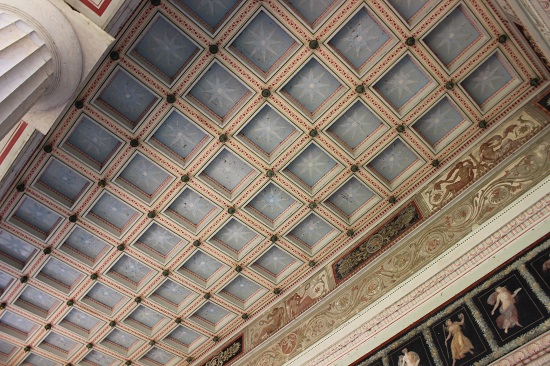 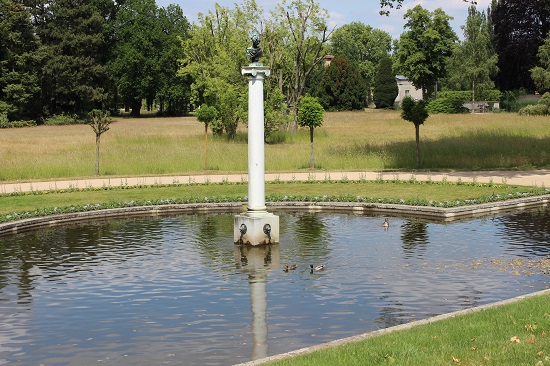 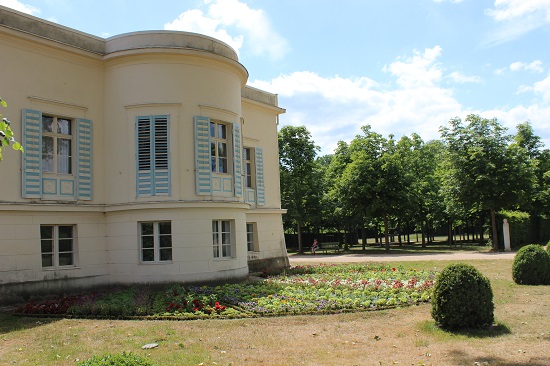 Overall I had a great time in Park Sanssouci. It definitely holds a lot of history. However, I did have some issues. The ticket office at the beginning of the park was randomly closed on a Tuesday. Then the New Palace was closed as well, and there are hardly any signs. Mind you; the park is huge. HUGE. I used my google maps just to locate certain buildings, like the Friedenskirche. I had the biggest blister known to man after having to walk from one end of the park to the other end just to get to the other ticket office.

I bought a Sanssouci + ticket for all the palaces in Potsdam. This includes the Marble Palace and Schloss Cecilienhof. It’s nearly impossible to do all of them on the same day, especially since there is no public transport from the Park to the Heiliger See. You have to go back to take a bus to Heiliger See. Very inconvenient and we made it to our last stop, the Marble Palace, ten minutes before the last admittance.

So, Park Sanssouci is pretty great, but seriously, get some decent signs or maybe even some walking routes, so you’re guided to everything. I feel like I missed something by having to search for everything. For example, the Antique Temple which isn’t even listed on the map. It houses the remains of Empress Augusta Viktoria, Prince Joachim of Prussia, Prince Wilhelm of Prussia, Prince Eitel Friedrich of Prussia and Hermine Reuss of Greiz.

For a look inside the various buildings, I would suggest the official website as they have several pictures available for every building.