Princess Charlotte of Prussia was born as the daughter of Victoria, Princess Royal and Frederick III, German Emperor on 24 July 1860 in Potsdam. She married her second cousin, the future Duke of Saxe-Meiningen, Prince Bernhard. From this marriage, a single daughter was born on 12 May 1879, who was the first great-grandchild of Queen Victoria. This child was Feodora. 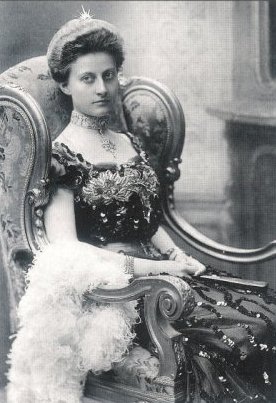 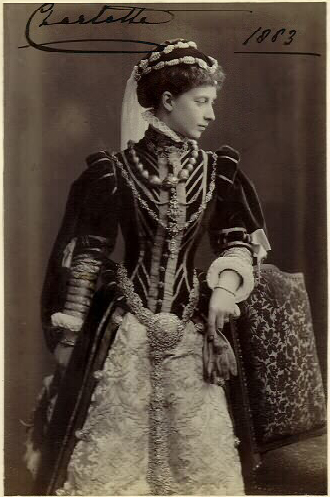 Feodora and Charlotte had a difficult relationship with Feodora favouring her maternal grandmother, Victoria, Princess Royal.

Both mother and daughter probably suffered from porphyria, inherited from George III of the United Kingdom. They both suffered from a lifetime of ill-health. Porphyria can cause abdominal pain, with vomiting, hypertension and tachycardia. It can lead to muscle weakness, a paralysis of all four limbs, seizures, coma and can also cause anxiety, hallucinations, psychosis and confusion.

I really enjoyed reading about these two women and learning more about them. John Van Der Kiste writes really well, and there’s a good flow in the book. It also includes a fair bit of personal correspondence, which is a really nice touch.

Charlotte died on 1 October 1919, less than a year after the First World War forced her husband´s abdication. She died of a heart attack at the age of 59.

Feodora disappears from the world for a while. Not much is known of the time between her mother’s death and her husband’s death on 22 March 1939. By the time of his death, she was hospitalised in the Sanitorium Buchwald-Hohenwiese. It must have been a lonely time for her. By the end of the Second World War Feodora’s mind was made up and the book ends with this sudden line. ‘and put her head in a gas oven’. Feodora committed suicide on 26 August 1945. Her death went unnoticed in the papers.

Both women had quite sad life, and this book brings them alive, although not always in a positive light. That is just a part of who these women were, and both handled their hardships in a different way. I do highly recommend this book if you’re interested in these two overshadowed women. (UK & US)