Petronilla of Lorraine was born circa 1092 as the daughter of Theodoric II, Duke of Lorraine and Hedwig of Formbach. She was their eldest daughter. She received the customary education for noble women. She was taught embroidery and needlepoint, but she was also taught to read and write.  Around 1100 she married the Count of Holland, Floris II and they had four children, three sons and one daughter. Floris II died on 2 March 1121, and after his death, Petronilla became very involved in politics.

Between 1129 and 1132 Petronilla was involved in the conflict between two of her sons, Dirk VI and his younger brother Floris, who was known as ‘the Black’. Floris rebelled against his brother several times.

On 15 September 1133, the Abbey Church of Rijnsburg was consecrated. Petronilla donated all her possessions, and her son Floris was buried in the abbey church in 1132.

After Floris’ death, Petronilla seems to disappear. Possibly she devoted her life to religion and the Rijnsburg Abbey. We know that she died there on 23 May 1144.

The Abbey of Rijnsburg is mostly gone since 1574. We don’t know exactly what happened. The only surviving part is the tower. 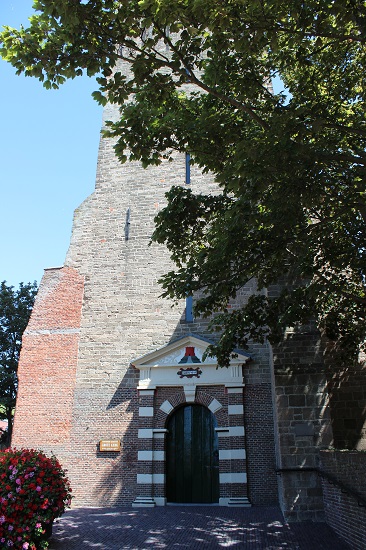 There has been much debate about the bodies which were found during the 1949 excavations.

According to the historic records, these people are buried in Rijnsburg:

4. Boudewijn, brother of Willem I

However, research conducted in 2005 concluded that the bones are probably not dated correctly and that the bones of this family were probably moved or cleared out when the abbey was destroyed in 1574. But this research is also questioned. You can find it here. It has a summary in English.

Either way, the Abbey is a pretty cool place to visit though it seems to have disappeared completely from all tourist maps. It is pretty close to Leiden, and it’s easy to reach. However, there are hardly any signs or information even. I only found the excavation site because I tried to walk around the church. It’s really quite a sad place to end up (possibly!) for the founders of the Netherlands we know today.

About Moniek 1572 Articles
My name is Moniek and I am from the Netherlands. I began this website in 2013 because I wanted to share these women's amazing stories.