Mary was born in Brussels as the only child of Charles the Bold and Isabella of Bourbon, and she was thus the heiress of the Burgundian territories, and she became suo jure Duchess of Burgundy in 1477 at the death of her father. Her father died in the Battle of Nancy on 5 January 1477. When her father succeeded in the duchy of Burgundy, Mary became an attractive marriage prospect. She received several offers of marriage, starting at the age of five with the future Ferdinand II of Aragon.

She eventually married Archduke Maximillian of Austria on 16 August 1477. They had two children together. The first was Philip the Handsome (22 July 1477 – 25 September 1506) who became Philip I of Castile due to his marriage to Joanna of Castile. Her second child was a daughter named Margaret (10 January 1480 – 1 December 1530), who married first to Juan, Prince of Asturias and second to Philibert II, Duke of Savoy. Her husband went on to become Holy Roman Emperor in 1508. 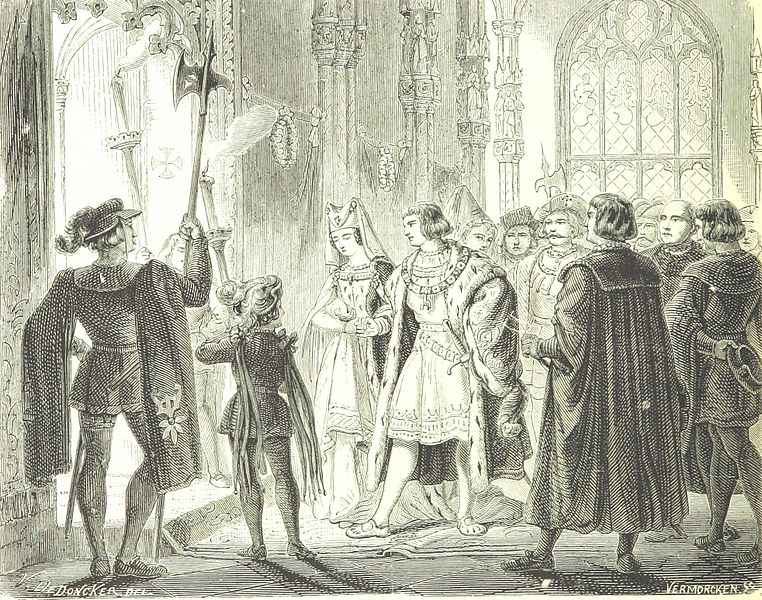 Mary died after a horse riding accident. Her horse tripped, threw her and landed on top of her. She broke her neck, but apparently, it took several days before she died. She made a very detailed will during this time. Her son Philip succeeded her as Duke of Burgundy. Mary was buried in the Church of Our Lady in Bruges.

About Moniek 1539 Articles
My name is Moniek and I am from the Netherlands. I began this website in 2013 because I wanted to share these women's amazing stories.