The circumstances surrounding Joanna’s birth would influence the rest of her life. She was born on 21 February 1462 as the daughter of Joan of Portugal and, maybe Henry IV of Castile. Their marriage had been childless for seven years before Joanna’s birth, and Henry had previously been married to Blanche II of Navarre, which marriage was also childless. 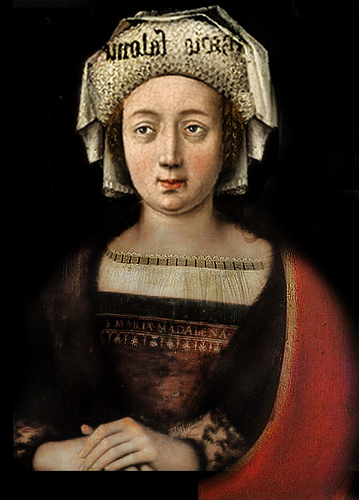 It was perhaps not strange that many nobles refused to believe that Joanna was really Henry’s daughter. He was rumoured to be impotent, and she was soon linked to one of the King’s favourites, Beltrán de la Cueva. They mockingly called Joanna, La Beltraneja.

Her parents divorced in 1468 when Joan fell pregnant with another man’s twins. For many nobles, it confirmed the suspicions that Joanna could not be Henry’s daughter.

Joanna had been officially proclaimed heir to the throne of Castile in 1462, and she had been created Princess of Asturias, but an armed conflict broke in 1464 in favour of Henry’s half-brother, Infante Alfonso. Henry was forced to repudiate Joanna as his heir in favour of Alfonso with the assurance that Alfonso would marry Joanna. In 1468 Alfonso died and was replaced in the succession by his sister Isabella.

Joanna was held in the custody of the Mendoza family between 1465 until 1470 and then by Juan Pacheco from 1470 until 1475. Despite her supposed illegitimacy, she was married by proxy to Charles, Duke of Guienne, the brother of King Louis XI of France and she again proclaimed the legitimate heir. Charles died in 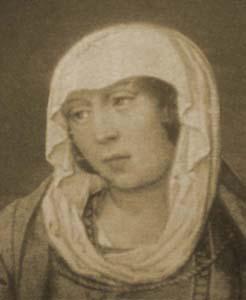 1472 and Joanna was promised in marriage to her uncle, King Afonso V of Portugal.

The death of her father in 1474 began the four-year War of the Castilian Succession. 13-year-old Joanna married her 45-year-old uncle on 10 May 1475, and he invaded Castile, but he found that Joanna had fewer supporters than he expected. Meanwhile, Isabella was married to the future Ferdinand II of Aragon, who led Isabella’s forces against Joanna’s. The armies met at the Battle of Toro, but the battle was indecisive. However, it was still a blow for Joanna and Afonso as they lost many supporters.

In 1478, Joanna’s marriage to Afonso was annulled by the Pope on the grounds of consanguinity and in 1479, he also renounced his pretension to the Castilian crown. Joanna had lost her strongest supporter. Joanna was given a choice by Isabella, enter a convent or marry Isabella’s one-year-old son when he came of age (and only if he then consented). Joanna chose to enter the Covent of Santa Clara in a ceremony witnessed by Isabella.

Joanna continued to sign her letters as the Queen until she died. She died in Lisbon on 12 April 1530, having outlived Isabella. Her claim died with her, and her heir was her cousin Joanna, who was by then already Queen of Castile.