Empress Dowager Cixi is one of China’s most controversial figures. She was the de facto ruler for at least forty-seven years. She is known to have ruled through a network of family relations, court cliques, and loyal courtiers. Her long reign was threatened by court corruption and foreign intervention. She is most famous for the Sino-Japanese War and the Boxer Rebellion. To this day, historians are conflicted about her reputation. Some have blamed her for the end of Imperial China, while revisionists claim that she brought China into a modern age.[1] She has often been described as pleasure-seeking, power-hungry, ruthless, and capable of murder.[2] However, recently historians have been more sympathetic to Cixi. They claim that while men were weak, women were capable of ruling.[3] Thus, Empress Dowager Cixi is undoubtedly one of China’s most elusive figures of the day. In this article, I will talk about the early years of Empress Dowager Cixi as well as her reputation and how she helped modernised China.

Empress Dowager Cixi was born on 29 November 1835 to the Yehenara clan. Her father was a Manchu clerk. She had a lack of a formal education and was only semi-literate.[4] However, she was known for her intuitive intelligence. In 1851, when she was sixteen years old, she became a low-ranking imperial concubine to Emperor Xianfeng.[5] Emperor Xianfeng did not seem to favour Lady Yehenara. She was left at her rank, and let those lower than her rise up in status.[6] She developed a good relationship with Emperor Xianfeng’s empress, Zhen. It was through her relationship with the empress that Lady Yehenara was able to gain the attention of the emperor and grow out of her low-rank.[7] On 27 April 1856, Lady Yehenara gave birth to a son, the future emperor Tongzhi.

The birth of Lady Yehenara’s son was a momentous event for the court. Before the birth of Tongzhi, Emperor Xianfeng had a daughter with another concubine. Lady Yehenara was given the title of “Imperial Concubine Yi”.[8] Because of the birth of her son, Lady Yehenara became the most powerful woman in court second only to the Empress. Her position was secured when Emperor Xianfeng’s son from another concubine died a few hours after birth. Because of her position, Lady Yehenara persuaded the emperor to have his brother Prince Chun marry her sister.[9] However, since Lady Yehenara was only a concubine and not an empress, the role of official mother to Tongzhi fell to Empress Zhen. It has been suggested that this did not deter the two women’s relationship and they grew closer together.[10]

In 1860, at the end of the Second Opium War, the British and French troops advanced on Beijing. The emperor, instead of remaining at his palace and fighting, fled with his imperial family to their Qing summer residence in Chengde. He left Prince Gong to negotiate peace between the foreigners.[11] When Emperor Xianfeng learned of the destruction of his favourite palace, the Old Summer Palace, Emperor Xianfeng became depressed. He resorted to drugs and alcohol. This led him to become seriously ill. He died on 22 August 1861.

Prince Gong became Cixi’s most important advisor and introduced her in state affairs. Both the empress dowagers were heavily dependent on Prince Gong. They were novices in running the state. Before they entered the palace, they had never been trained in government. They could not comprehend official documents.[15] The empress dowagers also did not know about events taking place outside the Forbidden City.[16] In order to strengthen her weaknesses, Empress Dowager Cixi took lessons with educated eunuchs.[17] 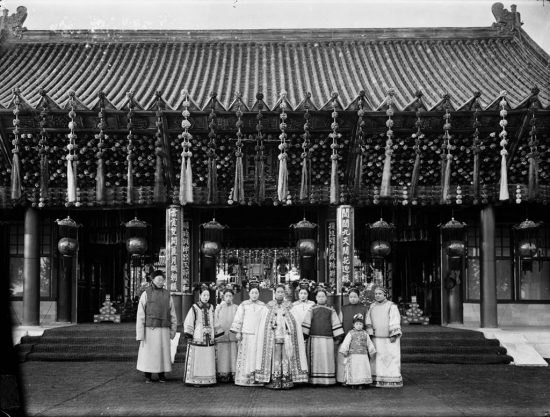 Cixi also encouraged criticism from her officials. She had an eye for spotting talented people and would promote them to high office. Also under Cixi’s reign, China had entered a long period of peace with the West.[18] With the help of her relationships with the West, she was able to crush the Great Taiping Rebellion in 1864.[19]

It is said that when Empress Dowager Cixi was in her late twenties, she fell in love with a eunuch named An Dehai.[23] He was very handsome.  An Dehai quickly rose to become her favourite. However, her attention to An Dehai attracted the attention of the court. When she gave him permission to leave the Forbidden City, he was executed on the grounds that a eunuch should never step outside the Forbidden City.[24]

On 16 October 1872, Emperor Tongzhi married Lady Alute.[28] Even though Emperor Tongzhi was of age to rule alone, he still consulted the two empress dowagers on state matters. On 12 January 1875, Emperor Tongzhi died of smallpox.[29] Empress Alute committed suicide shortly thereafter on 27 March.[30] It has been the traditional belief that Empress Dowager Cixi had a hand in her death, but now historians are discrediting this view. Alute came from a family that believed committing suicide after the death of one’s husband was an honour.[31] 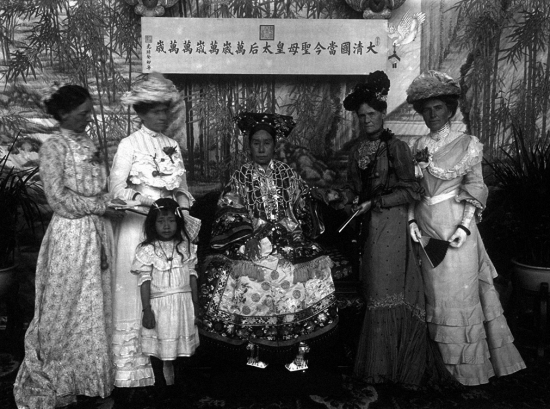 In my next article, I will discuss the later years of Empress Dowager Cixi that changed China forever. Critics call her the Dragon Lady, while supporters hail her for bringing China into the modern age and out of Imperialist rule. While the reputation of China’s last empress dowager is still very shadowy, historians are slowly giving her credit for her accomplishments.

Seagrave, Sterling, and Peggy Seagrave. Dragon Lady: the Life and Legend of the Last

[15] Seagrave and Seagrave, “Chapter Four: Behind A Gauze Curtain” para. 42

[16] Seagrave and Seagrave, “Chapter Four: Behind A Gauze Curtain” para. 42