Eleanor of Woodstock was born on 18 June 1318 as the daughter of Edward II of England and Isabella of France. She was born in Woodstock Palace in Oxfordshire, which no longer exists. She married Reginald II, Count (later Duke) of Guelders as his second wife in May 1332. His first marriage was to Sophia Berthout, Lady of Mechelen who died in 1329 leaving four young daughters. Isabella was just 14 years old at the time of her marriage. Her marriage was arranged by Joan of Valois, Countess of Hainaut. The couple lived at Castle Rosendael.

Reginald was already known as ‘the Black’ for his dark colouring and his dark character. He had taken power from his father and had him imprisoned for six years. The marriage started off successful with the birth of two sons, but Reginald soon tired of Eleanor. In 1338 he claimed she had leprosy and sent her from the court. Another source claims it was Reginald’s adviser Moliart who claimed she had leprosy. 1

He even attempted to have the marriage annulled so he could take another wife. It shows great courage that Eleanor defended herself by showing up at Reginald’s palace in Nijmegen and exposing herself (either completely naked or wearing a sheer shift) to the whole court to prove that there were no signs of leprosy on her body. The same source as above claims she only showed her arm and pointed to her ‘extraordinary beautiful boys’ to prove she did not have leprosy. Either way, Reginald had no choice but to take her back. 2 The adviser Moliart supposedly spent the rest of his life in prison. Reginald would die in 1343 after falling from his horse. Eleanor became regent for her elder son but she was challenged by Jan van Valkenburg, who was a cousin of her husband and who wanted to act as co-regent. In 1344, she was forced to resign her regency and 11-year-old Reginald began acting on his own.

Eleanor had lived in Deventer during her banishment and probably funded the founding of a convent from her own means. From 1344 onward she withdrew from public life and used the title ‘Lady of the Veluwe’, which was a part of her dower. She probably spent the last years of her life in Deventer, where she would die at the age of 36 in 1355. She was buried in the Broederenchurch.

I went to visit both the Broederenchurch and Castle Rosendael. 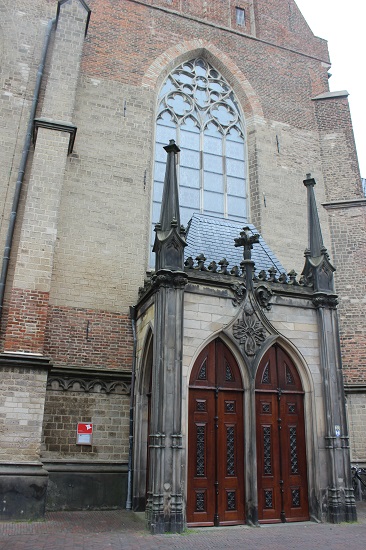 The Broederenchurch recently underwent a great restoration. There was still a little bit of construction going on (I can’t ever go anywhere without there being construction!). 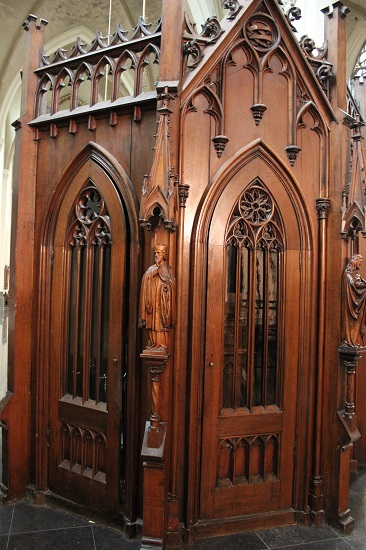 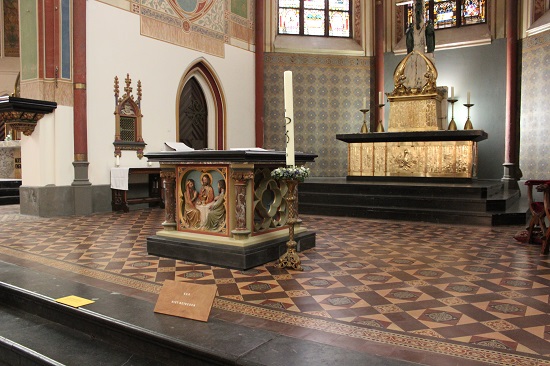 The floor has some very pretty tiling! 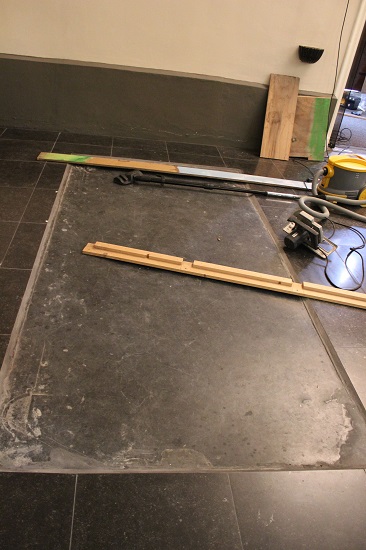 The original tombstone was moved to the back of the church to prevent further damage. However, it’s completely unreadable at this stage anyway. 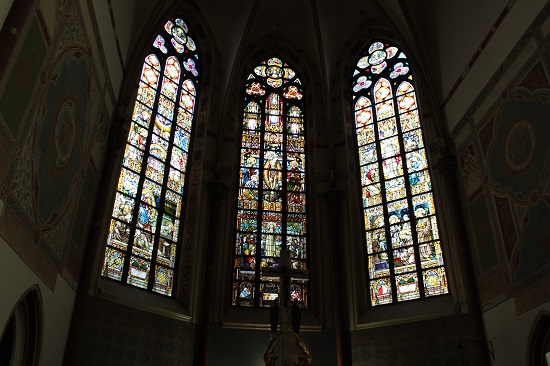 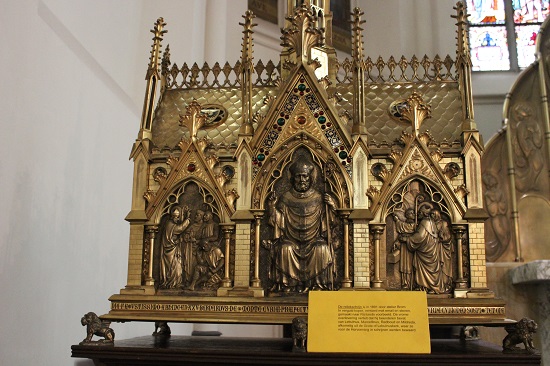 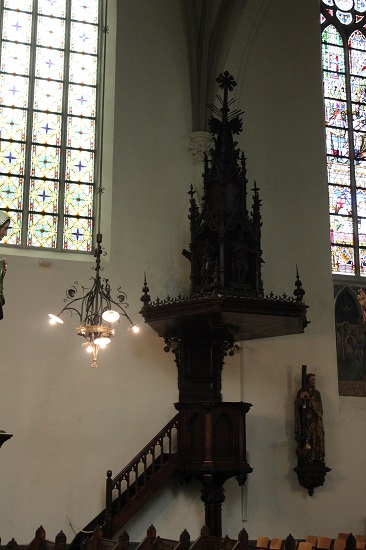 My second stop was Castle Rosendael, which is actually pretty close where I live. Most of the original castle is gone, except for the round tower. 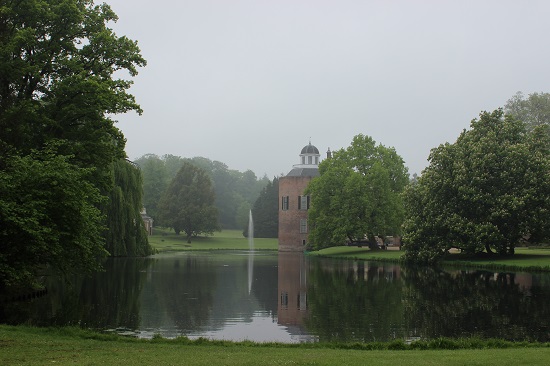 You can visit the castle with a tour but you are not allowed to take pictures except for inside the round tower. 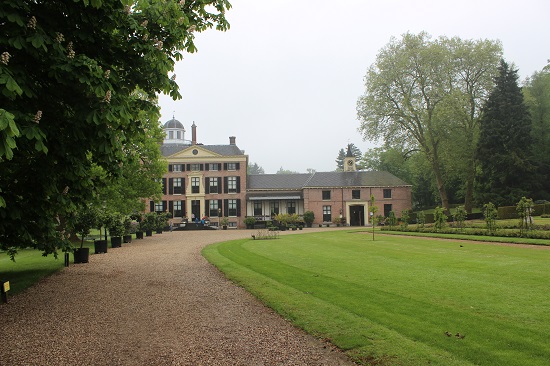 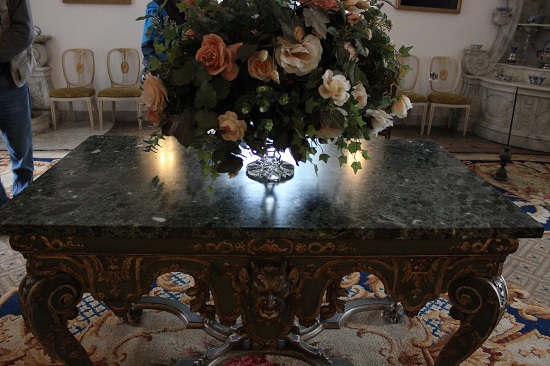 Though the tower has a medieval look from the outside, the inside has been modernised. 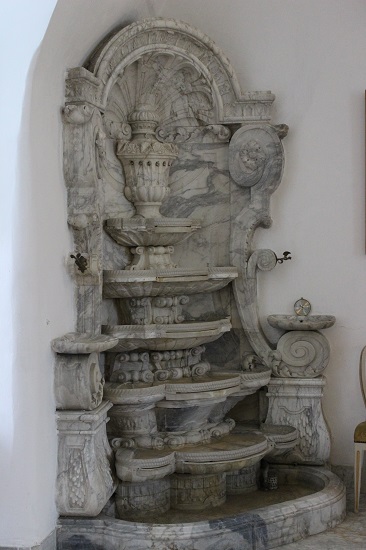 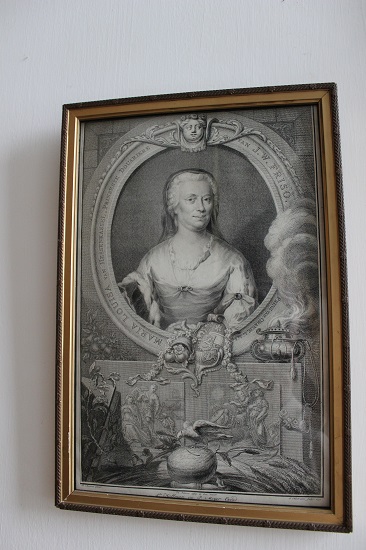 I spotted a familiar face, Marie-Louise of Hesse-Kassel. 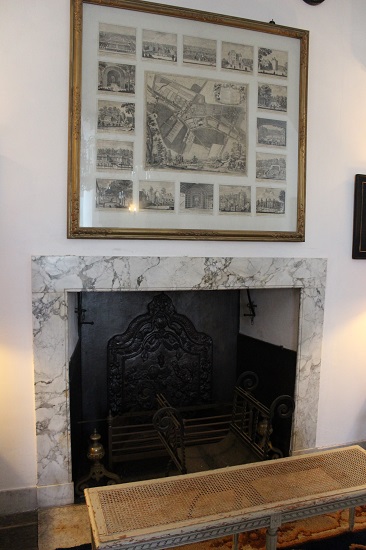 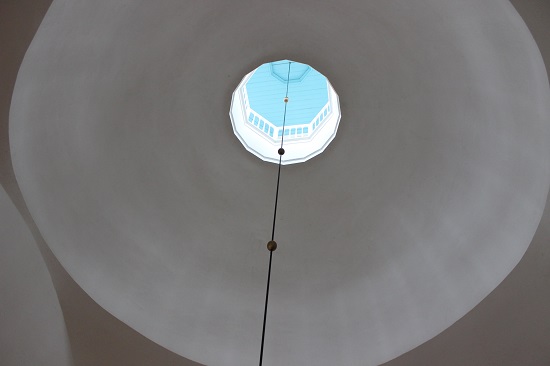 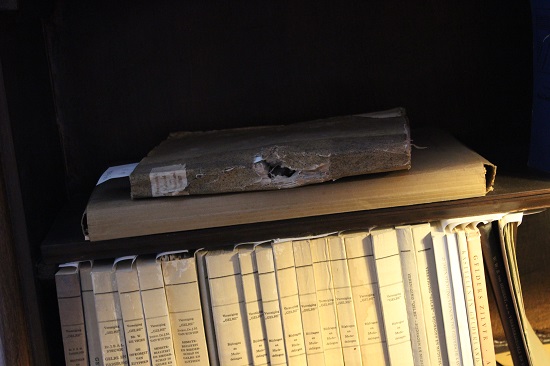 The castle was hit four times during the Second World War and this book still has a shard of a grenade in it. 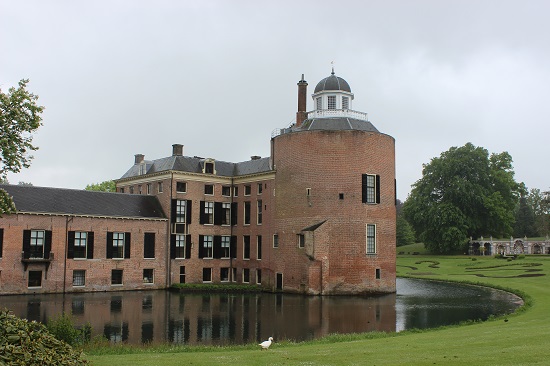 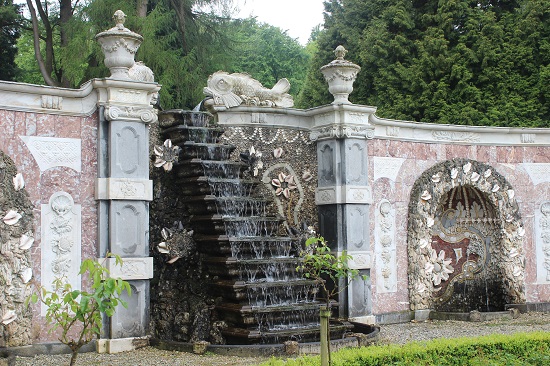 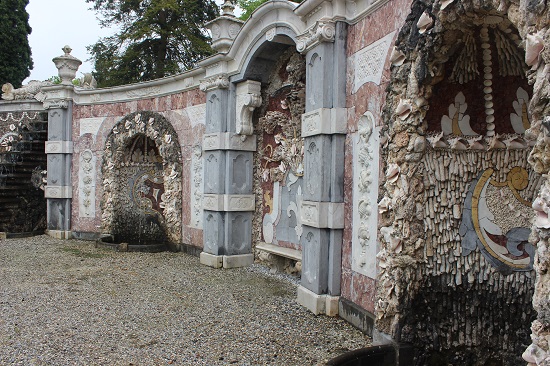 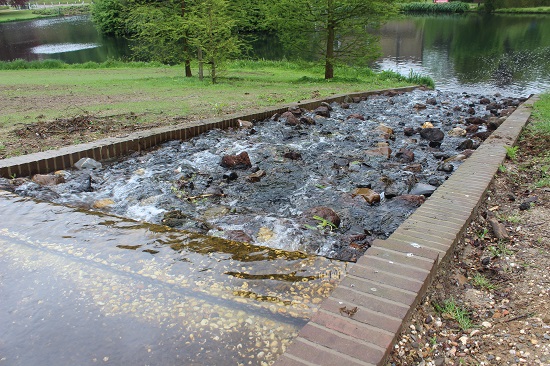 Both places are beautiful to visit. The Broederenchurch is free and is located in the city centre of Deventer. Castle Rosendael costs about 9 Euro for both the castle and the surrounding park. It’s located just outside of Arnhem. I asked the employees of the Broederenchurch about Eleanor but they didn’t seem to know much. Her tombstone has a sign above it but there’s no marker at the original grave. The tour guide at the castle didn’t even mention Eleanor or Reginald, she only mentioned the castle was founded by ‘the counts and dukes of Guelders’. The gift shop was a bit disappointing as well. I was hoping for a book on the Counts/Dukes of Guelders.

About Moniek 1536 Articles
My name is Moniek and I am from the Netherlands. I began this website in 2013 because I wanted to share these women's amazing stories.