The future Empress Catherine II of Russia was born as Sophie Friederike Auguste von Anhalt-Zerbst-Dornburg as the daughter of Christian August, Prince of Anhalt-Zerbst and Princess Johanna Elisabeth of Holstein-Gottorp on 2 May 1729. She arrived in Russia in 1744 as the prospective bride of the future Peter III of Russia. At the time Russia was ruled by Empress Elizabeth, Peter’s aunt. Sophia made all the effort to integrate into Russian society, learning Russian very quickly. She was received into the Russian Orthodox Church on 28 June 1744 as Catherine or Yekaterina/Ekaterina Alekseyevna. Her formal betrothal to Peter took place the following day, and they were finally married on 21 August 1745. They settled at Oranienbaum. 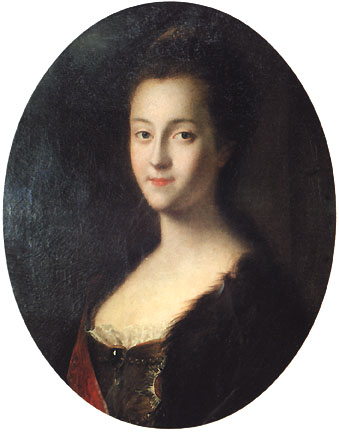 Their first child, Paul, would not be born until 1 October 1754. His paternity is doubted, though. Both Peter and Catherine had affairs, and their marriage was not consummated for quite some time. Meanwhile, Peter’s behaviour was becoming unbearable. Despite this, they had a second child in 1758, a daughter named Anna, who would live for only four months.

Empress Elizabeth died on 5 January 1762 leading to the accession of Peter III. Catherine was now Empress Consort, and they moved to the new Winter Palace in Saint Petersburg. In July of that same year, while Peter was at Oranienbaum, Catherine was given the news that one of her supporters had been arrested and if they planned to take power, they must do it now. She departed for the Ismailovsky regiment, where she asked the soldiers to protect her from her husband. Her husband was arrested and forced to sign an abdication document. Just eight days after the coup Peter was murdered. Catherine was now the sole ruler of Russia. 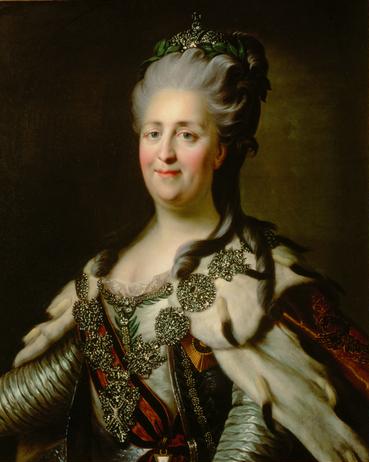 Catherine did not hesitate to make her rule official, and she was crowned with the Imperial Crown of Russia on 22 September 1762. She would go on to reign Russia for 34 years, while greatly expanding the Russian empire. Catherine was a patron of the arts, literature, and education and the Hermitage Museum began as Catherine’s personal collection. During her reign, she took plenty of lovers, often elevating them to high status. She had an illegitimate son Alexei in 1762 with Grigory Orlov.

On 16 November 1796, Catherine had a stroke, and she fell into a coma. She died the next day.  Catherine was buried in the Peter and Paul Cathedral.
Catherine was the last empress to rule in her own right. Her son later amended the succession laws so that the throne passed to the eldest son of the monarch or to other dynasts according to primogeniture in the male-line. Catherine went down in history as “Catherine the Great”.