On 19 June 1896, Bessie Wallis Warfield was born as the daughter of Teackle Wallis Warfield and Alice Montague in Blue Ridge Summit, Pennsylvania. She was just a few months old when her father died of tuberculosis. She and her mother heavily depended on Wallis’s father’s wealthy brother. In 1901, they moved in with Wallis’s aunt, Bessie Merryman. They lived there for a year before moving into a house of their own. In 1908, her mother remarried to John Freeman Rasin. Between 1912 and 1914, she attended Oldfields School which was the most expensive girls’ school in Maryland. At the end of 1914, she made her debut into the Baltimore high society.

In April 1916, she met the man who would become her first husband, Lieutenant Earl Winfield Spencer Jr. He was eight years older than her.

I felt here was a man you could rely on in a tight place. 1 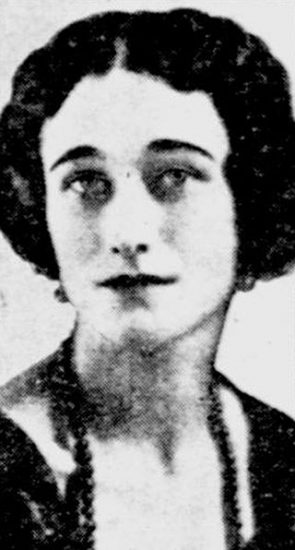 Within weeks of their first meeting, he asked her to marry him, and their engagement was announced on 19 September 1916. They married on 8 November 1916, the day after the U.S. presidential election. Wallis had designed her own wedding dress of white panne velvet with a court train and a pointed bodice embroidered with pearls. The marriage soon turned sour as “the bottle was seldom far my husband’s thoughts or his hand.” 2 Wallis did not become pregnant, in her first marriage or any of them, and she hardly mentions the fact in her autobiography. As an afterthought, she wrote, “continuing regret, I have never known the joy of having children of my own.” 3 They began living apart in 1925 and were divorced in 1927.

Despite this failed marriage, she still believed in marriage.

In my mind, I had the picture of the sort of man I wanted. Ideally, he would be a young man who was making his mark in business, diplomacy or one of the professions. He would and understand people and above all appreciate me. I wanted someone who would make me a part of his life and whom I could help in his career. I wanted a man who would draw me into the full circle of his existence in all its aspects. 4

She met Ernest Simpson not much later, while he was still married to Dorothea. They began going to art galleries and museums, and soon Ernest was asking her to marry him, once he was free to do so. He divorced Dorothea in 1928 and later that same year, Wallis became Mrs Ernest Simpson. They moved to London, where they could make a fresh start. Wallis was quick to establish herself as a successful hostess. She first met the Prince of Wales through Thelma Furness, Viscountess Furness, who was his mistress. During their first meeting, Wallis had been sniffling and coughing and had spoken in a brusque tone to the Prince of Wales. She probably thought she would never see him again. On 15 May 1931, the Simpsons were invited to a cocktail party, and the Prince of Wales recognised them from before. They met for a third time just before Christmas, and they invited him to dine with them in the new year. 5

The Prince of Wales came to their flat in Bryanston Court early in 1932. No expense was spared, and Wallis decided to serve a typical American dinner; black bean soup, grilled lobster, fried chicken Maryland and a cold raspberry souffle. He stayed until 4 am and invited them over for a weekend at Fort Belvedere.

Perhaps I had been one of the first to penetrate the heart of his inner loneliness….for a long time. 6

They were soon regulars at the Fort. That following year, Thelma sailed to the United States and asked Wallis to look after the Prince, fearing that he may become lonely. Meanwhile, Ernest was becoming more and more aware that something was going on and began to tactfully excuse himself. Wallis remained convinced that the infatuation would not last. The Prince was showering Wallis with money, clothes and other luxuries. By 1934, Wallis was firmly in place as the Prince of Wales’s favourite. That summer, he invited them to Biarritz but Ernest was away on business, so Wallis’s disapproving aunt came along to chaperone. 7

Perhaps it was during these evenings off the Spanish coast that we crossed the line that marks the indefinable boundary between friendship and love. 8

Shortly after, both Wallis and Ernest were presented to the King and Queen, despite being first crossed off the list. The King was outraged, and several royal courtiers began to openly voice their disquiet over Wallis. Meanwhile, Wallis was invited everywhere, by people who hoped that the Prince would follow. There was now no more denying it. The Prince of Wales could not be without Wallis, and he wanted to marry her. 9

I love you more and more every minute and NO difficulties or complications can possibly prevent our ultimate happiness….am just going mad at the mere thought….that you are alone there with Ernest. God bless WE for ever my Wallis. You know your David will love you and look after you so long as he has breath in this eanum body. 10 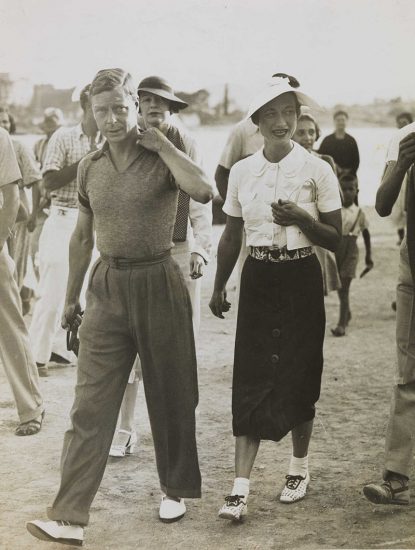 On 20 January 1936, King George V died, and the Prince of Wales became King Edward VIII. Later that year, Wallis’s divorce from Ernest was set in motion. A decree nisi was granted in October 1936, and by early December her relationship with the King was public knowledge. Wallis fled to France, where she camped out to escape from the press. Meanwhile, she tried to persuade the King to stay on the throne. She offered to withdraw herself from the situation, but she must have known what the King’s answer would be. 11

I have found it impossible to carry the heavy burden of responsibility and to discharge my duties as King as I would wish to do without the help and support of the woman I love. 12

The former King would now be known as the Duke of Windsor, and he left England on the HMS Fury. For Wallis, the abdication meant the complete and total destruction of her reputation. She had become the most hated woman in England. On 3 May 1937, a decree absolute was granted, and the Duke of Windsor immediately left Austria to be with Wallis in France. On 3 June 1937 at the Château de Candé, Wallis and the Duke of Windsor were married at last. Wallis wore a tight pale-blue crepe dress with a small matching jacket and a halo-style hat. Wallis had been refused the status of HRH (Her Royal Highness), but the Duke insisted that the household staff were to address her as such and to curtsey to her. The couple would begin to lead an aimless life throughout Europe. 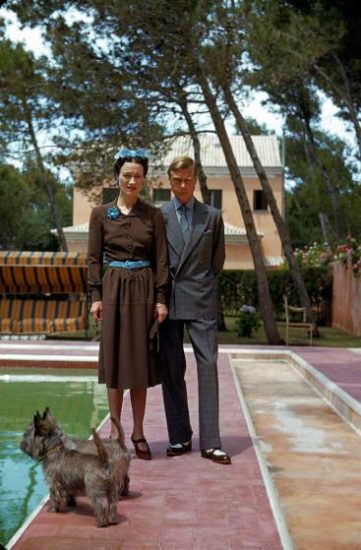 Looking back with the advantage of the knowledge we have now, it is, of course, easy to condemn the visit the couple made to Nazi Germany. For Wallis, it was a small sample of what a state visit would have been like. The Duke saw it as a good way to cement the ties between two royal families that had been broken by the First World War. They met with Adolf Hitler at his mountain home, the Berghof. They could hardly have expected the atrocities that happened. 13

The Duke was most desperate to be useful, and in 1940, he was installed as Governor of the Bahamas. Wallis hated Nassau but worked actively for the Red Cross. When the war was over, the Duke and Duchess returned to France. They visited England a few times over the years, mostly for medical reasons or important events. When the Duke died of cancer in 1972, the Duchess travelled to London to attend his funeral, and she stayed at Buckingham Palace. The Duchess outlived her husband for 14 years, dying on 24 April 1986. She was buried next to the Duke of Windsor in the Frogmore Royal Burial Ground near Windsor Castle, as “Wallis, Duchess of Windsor.”

Until the end, she saw herself as “an ordinary woman, born with none of the privileges that money and good looks can bring, but possessed of insatiable ambition.” 14