Herodias was one of the Bible’s most famous villainesses. She was a Jewish princess and the ruler of Galilee.[1] She was the wife of the famous Herod Antipas, who played a big part in the execution of Jesus of Nazareth. Herodias is best known for prompting her daughter Salome to have John the Baptist’s “head on a silver platter.”[2]

Herodias was a Jewish princess. Her parents were Aristobulus, the son of Herod the great, and Bernice, the daughter of Herod the Great’s sister, Salome.[3] Her siblings included Herod Agrippa, the future king of Judea,[4] and sister Mariamme.[5]

Herodias married her half-uncle, Herod “Without-Land”.[6] Shortly after her marriage, she bore a daughter named Salome. It was not long when her husband’s brother, Herod Antipas, the ruler of Galilee, fell in love with Herodias and desired to marry her.[7] However, both Herodias and Herod Antipas, were married. Herod Antipas had married the daughter of the Nabataean King Aretas IV. However, this problem did not seem to become an obstacle to them. They divorced their spouses and married each other in 27 A.D. Historians assume that the reason why Herodias married Herod Antipas was for ambitious reasons.[8] Her ex-husband was supposed to be the heir of Herod the Great, but he quickly fell out of favour. Herod Antipas was the ruler of Galilee and Perea. Whereas Herod “Without-Land” was lazy and had no political ambition or power.[9]

The marriage between Herod Antipas and Herodias caused outrage among the people, who saw it as a violation of the Jewish law because it was forbidden for a man to marry his brother’s divorced wife.[10] John the Baptist was the leader of the opposition and Antipas had him imprisoned.[11]

It is at this point that the Bible would immortalise her forever as the one who instigated the death of John the Baptist. According to the Bible, Herodias wanted John the Baptist dead because of his opposition. Herod admired John for his honesty and goodness and was reluctant to kill him. During a banquet for Herod’s birthday feast, Salome danced for Herod and pleased him greatly. He told her “Ask me anything, and I will give it to you.”[12] He also swore, “I will give you anything you ask, even half the kingdom.”[13] Salome went to her mother and asked her what she should ask for, and Herodias replied, “The head of John the Baptist.”[14] When Salome told Herod that she wanted John the Baptist’s head on a silver platter, Herod hated to kill him but didn’t want to break his oath. He had John executed, brought the head on the silver platter, and gave it to Salome, in which she gave it to her mother.[15] 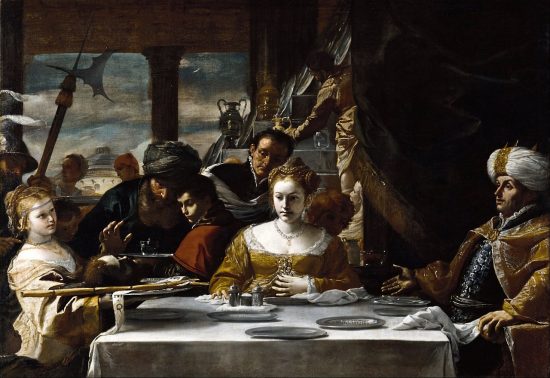 While this popular story has come down to us for millenniums, the reality of this story is highly unlikely.[16] Respectable women at the time did not dine with men.[17] Only women of dishonourable reputation would have danced at the banquet.[18] Salome, being a princess, would not have danced for Herod because it would have damaged her reputation in the marriage market. Salome also may not have been of age to dance for Herod.[19] Therefore, the legend of Salome is most likely a morality tale that is told to keep women virtuous.[20] Even if Herodias did have a hand in John the Baptist’s death, the most likely person who arranged John the Baptist’s death is Herod Antipas himself for political reasons.[21]

Herodias was a woman of political ambition. As Herod Antipas’s wife, she exercised power and control all her life, which caused criticism among ancient writers like Josephus, Mark, and Matthew.[28] Was she indeed the scheming villainess who was responsible for the death of John the Baptist, or has she been made a scapegoat of history? No one knows, but there is no denying the fact that Herodias was a powerful, influential woman in the early Roman empire.

Kraemer, Ross S. “Implicating Herodias and Her Daughter in the Death of John the Baptizer: A