On a cold and dreary day, I travelled to Gouda, near The Hague in the Netherlands to look at a church with some very impressive windows. I can hear you thinking, why are these windows so special? Well, they’ve survived for almost 500 years, and that’s quite impressive. Most of the church’s stained glass windows were created between 1555 and 1571 and survived the Reformation because the city sided with Philip II of Spain instead of William of Orange. When the city finally sided with William of Orange in 1572, the church was stormed by an angry mob, but they left the windows intact. In 1939 someone had the bright idea to remove the glass with the impending war, making sure the beautiful windows survived the Second World War. And so, they can still be seen today.

When I learned that Mary I of England was portrayed in one of the windows, I knew I had to go in honour of The Year of Mary I. 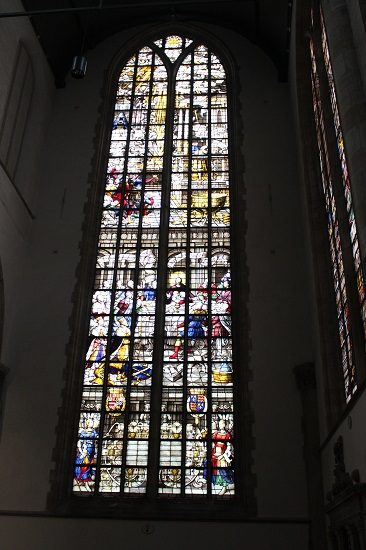 The so-called King’s Window was donated in 1557 by Philip II of Spain during Mary’s lifetime. It is one of the largest windows in the entire church. 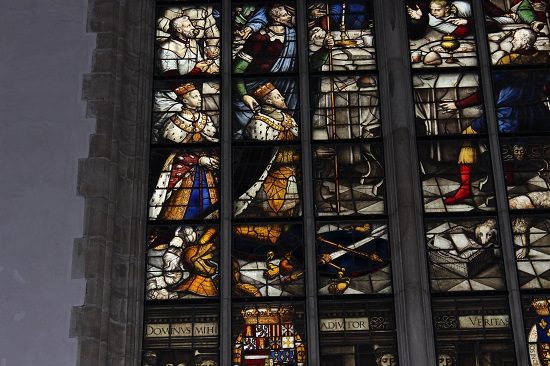 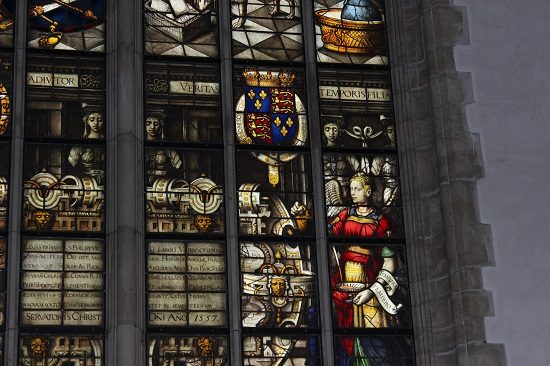 It’s absolutely gorgeous, and the windows are well worth the 5 euro entrance fee. It was lovely to find a trace of Mary in the Netherlands, even though she never visited it!

While there I noticed another familiar face on a window, right across from the King’s Window. So as a little bonus I have the so-called Duchess’ Window, sponsored by Margaret of Parma who was Philip II’s illegitimate half-sister. 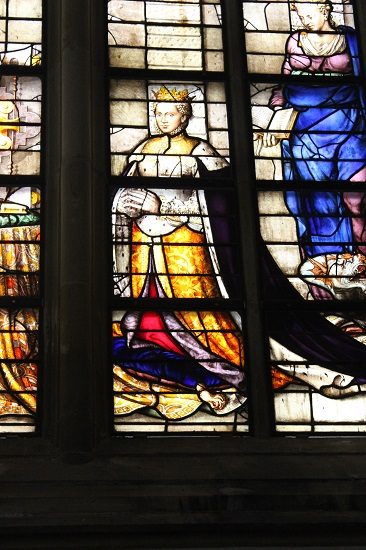 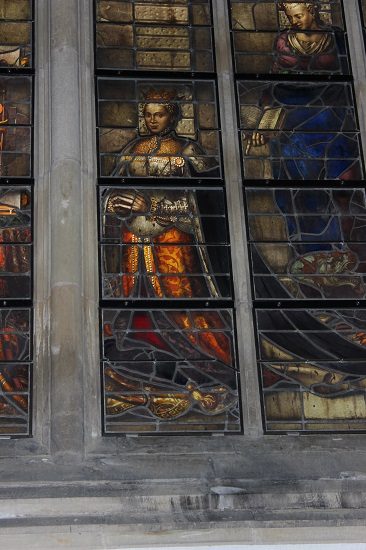