Hedwig Eleonora was born on 23 October 1636 as the daughter of Frederick III of Holstein-Gottorp and Marie Elisabeth of Saxony. On 24 October 1654, she was married to King Charles X Gustav of Sweden, which was arranged as a political alliance against a mutual enemy, Denmark. The match was suggested by Christina of Sweden, who had abdicated in favour of Charles. She was welcomed in Sweden on 5 October 1654 and stayed at Karlberg Palace before her marriage. She was greeted by the Dowager Queen, Maria Eleonora of Brandenburg on the day of her wedding. She was crowned Queen on 27 October 1654. 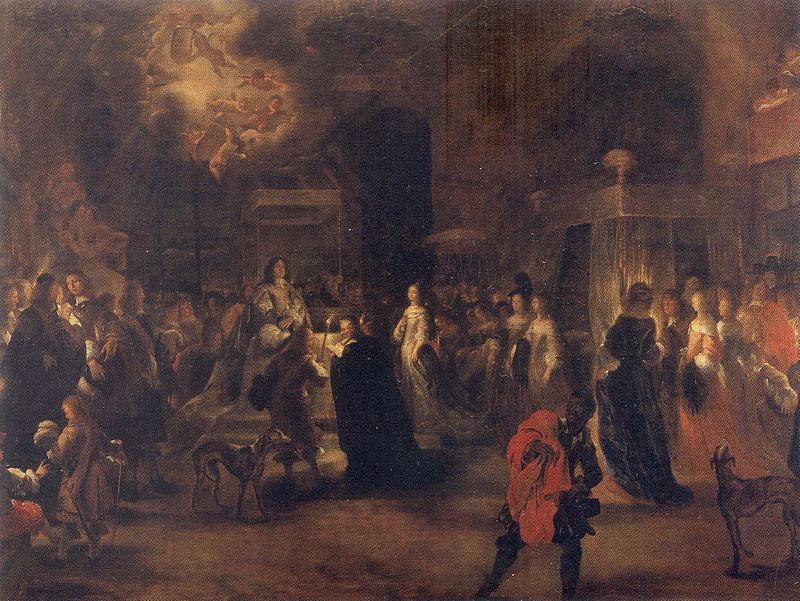 Charles left Sweden shortly after on campaign but Hedwig Eleonora was already pregnant and she gave birth to the future Charles XI on 24 November 1655. She followed her husband on campaign the following spring and she present during the Battle of Warsaw. In early 1660 her husband fell ill. It appeared to be just a cold and Charles ignored his illness and went to inspect the Swedish forces. His symptoms worsened and he died on 13 February 1660. The day before his death he had signed his will as his son, now Charles XI of Sweden was still a minor. He appointed a regency consisting of six people. Hedwig Eleonora was to be the chair of the regency council with two votes. The power was to be shared with five others. The will was immediately contested, though Hedwig Eleonora demanded the will be respected. The council was also worried that it would be unsuitable for a widow to be a part of the council. Her reply was that the council would still be able to meet without her. Hedwig Eleonora was present for all the council meetings, except when she was away to her dower lands. Not wishing to interfere too much in politics, she mostly used the regency to protect her son’s interests. When her son was old enough to appear in parliament, he would whisper questions to her, which she then asked out loud.

Hedwig Eleonora was considered as a possible wife for King Charles II of England but she refused him by saying she wished to be faithful to her dead husband. She raised her niece, Magdalena Sibylla of Hesse-Darmstadt and her husband’s niece Juliana of Hesse-Eschwege, whom she saw as the future Queen by marriage to her son. This all changed when Juliana had a child out of wedlock. She was quite close to her son and she always accompanied him. Even after his majority, he continued to discuss affairs of state with her.

Her son married Ulrika Eleonora of Denmark on 6 May 1680. They had seven children, though only three lived to adulthood. Hedwig Eleonora effectively remained the first lady at court. Even her son placed her before his wife. Ulrika Eleonora died on 26 July 1693, weakened by childbirth. On 5 April 1697 Charles XI followed her, still only 41 years old. Once again Hedwig Eleonora was called upon to act as regent of Sweden, now for her grandson Charles XII. This time her regency only lasted until the end of the year, when Charles XII was declared to be of age. During her short second regency, she supported the marriage alliance between her granddaughter Hedvig Sophia of Sweden and Frederick IV, Duke of Holstein-Gottorp. She also oversaw the construction of Drottningholm Palace. 1