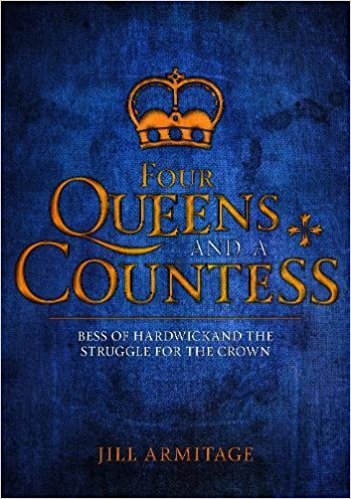 Four Queens and a Countess: Elizabeth I, Mary Tudor, Lady Jane Grey, Mary Queen of Scots and Bess of Hardwick: The Struggle for the Crown

When Mary Stuart was forced off the Scottish throne she fled to England, a move that made her cousin Queen Elizabeth very uneasy. Elizabeth had continued the religious changes made by her father and England was a Protestant country, yet ardent Catholics plotted to depose Elizabeth and put Mary Stuart on the English throne. What was Queen Elizabeth going to do with a kingdomless queen likely to take hers? She had her placed under house arrest with her old friend Bess of Hardwick, then married to her fourth husband, the wealthy and influential Earl of Shrewsbury. The charismatic Scotswoman was treated more like a dowager queen than a prisoner and enjoyed the Shrewsbury’s affluent lifestyle until Bess suspected Mary of seducing her husband. Played against the never-ending threat of a Catholic uprising, for 16 years Bess was forced to accommodate Mary and her entourage at enormous cost to both her finances and her marriage. So it was just as well that Bess was the second-richest woman in the kingdom! This book delves deep into the relationship of these three women with their insurmountable differences, the way they tried to accommodate them and the lasting legacy this has left. 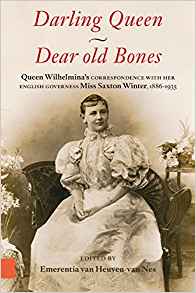 This book presents a remarkable collection of letters from Queen Wilhelmina of the Netherlands (1880-1962) and her governess, Elizabeth Saxton Winter (1855-1936), an Englishwoman. The earliest letters are those of a child, sent to Miss Winter when she was on holiday in England, but after Wilhelmina’s education was finished in 1896 and she had no more need of a governess, she continued to write to Winter weekly. Her long letters cover a wide range of subjects: including her perspective on people and events, encounters with famous individuals, kings and emperors, but also sad times and loneliness, her belief in the Almighty, and above all, her development to her role as queen – her inauguration was in 1898 – and the high seriousness with which she regarded her duties. The resulting volume offers unprecedented insight into her life as child of her mother queen-regent Emma, as queen, as wife of prince Hendrik and as mother of princess Juliana. 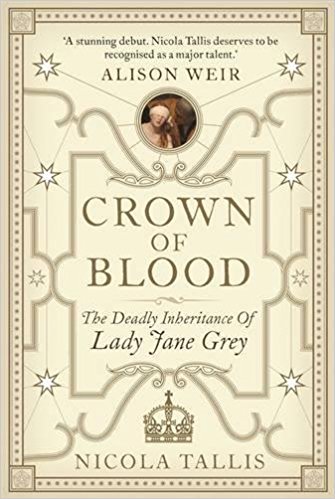 These were the words uttered by the seventeen-year-old Lady Jane Grey as she stood on the scaffold awaiting death on a cold February morning in 1554. Forced onto the throne by the great power players at court, Queen Jane reigned for just thirteen tumultuous days before being imprisoned in the Tower, condemned for high treason and executed.

In this dramatic retelling of an often misread tale, historian and researcher Nicola Tallis explores a range of evidence that has never before been used in a biography to sweep away the many myths and reveal the moving, human story of an extraordinarily intelligent, independent and courageous young woman. 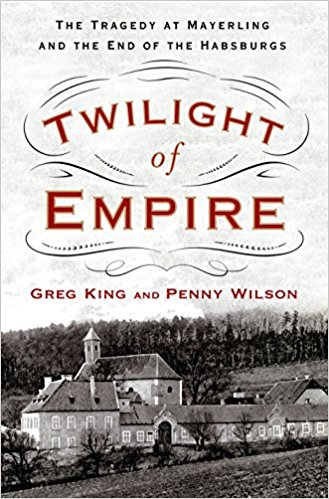 Twilight of Empire: The Tragedy at Mayerling and the End of the Habsburgs

On a snowy January morning in 1889, a worried servant hacked open a locked door at the remote hunting lodge deep in the Vienna Woods. Inside, he found two bodies sprawled on an ornate bed, blood oozing from their mouths. Crown Prince Rudolf of Austria-Hungary appeared to have shot his seventeen-year-old mistress Baroness Mary Vetsera as she slept, sat with the corpse for hours and, when dawn broke, turned the pistol on himself.

A century has transformed this bloody scene into romantic tragedy: star-crossed lovers who preferred death together than to be parted by a cold, unfeeling Viennese Court. But Mayerling is also the story of family secrets: incestuous relationships and mental instability; blackmail, venereal disease, and political treason; and a disillusioned, morphine-addicted Crown Prince and a naïve schoolgirl caught up in a dangerous and deadly waltz inside a decaying empire. What happened in that locked room remains one of history’s most evocative mysteries: What led Rudolf and mistress to this desperate act? Was it really a suicide pact? Or did something far more disturbing take place at that remote hunting lodge and result in murder? 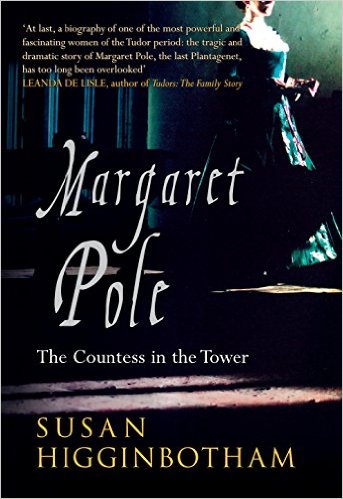 Margaret Pole: The Countess in the Tower

Of the many executions ordered by Henry VIII, surely the most horrifying was that of 67-year-old Margaret Pole, Countess of Salisbury, hacked to pieces on the scaffold by a blundering headsman. From the start, Margaret’s life had been marred by tragedy and violence: her father, George, Duke of Clarence, had been executed at the order of his own brother, Edward IV, and her naive young brother, Edward, Earl of Warwick, had spent most of his life in the Tower before being executed on the orders of Henry VII. Yet Margaret, friend to Katherine of Aragon and the beloved governess of her daughter Mary, had seemed destined for a happier fate until religious upheaval and rebellion caused Margaret and her family to fall from grace. From Margaret’s birth as the daughter of a royal duke to her beatification centuries after her death, Margaret Pole tells the story of one of the fortress’s most unlikely prisoners. 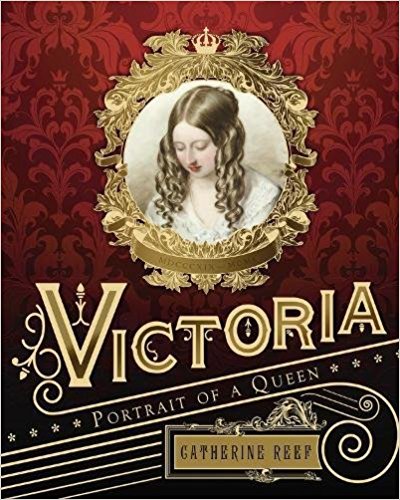 Catherine Reef brings history vividly to life in this sumptuously illustrated account of a confident, strong-minded, and influential woman.

Victoria woke one morning at the age of eighteen to discover that her uncle had died and she was now queen. She went on to rule for sixty-three years, with an influence so far-reaching that the decades of her reign now bear her name–the Victorian period. Victoria is filled with the exciting comings and goings of royal life: intrigue and innuendo, scheming advisors, and assassination attempts, not to mention plenty of passion and discord. Includes bibliography, notes, British royal family tree, index. 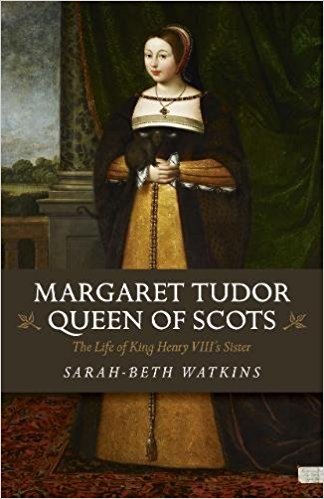 Margaret Tudor was Henry VIII’s older sister and became the Queen of Scotland after her marriage to James IV in 1503. Her life was troubled and fraught with tension. She was continually caught between her country of birth and the country she ruled. After James IV’s death, she made the disastrous decision to marry the Earl of Angus, threatening her regency and forcing the Scottish council to send for the Duke of Albany to rule in her stead. Over the years Margaret’s allegiance swung between England and Scotland making her brother Henry VIII both her ally and her enemy at times. Although Margaret wished for peace between the two countries, these were tumultuous years and she didn’t always make the wisest choices. Yet all she did, she did for her son James V and her absolute conviction he would rule Scotland as its rightful king. 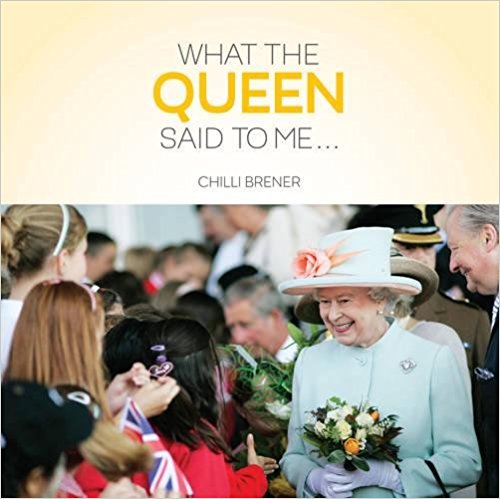 What The Queen Said to Me

Queen Elizabeth II, petit and tastefully clad, is an icon of Britain. And meeting her in person is a moment no one will ever forget. What The Queen Said to Mecollects these once-in-a-lifetime anecdotes by people who have met and spoken to The Queen.

The stories gathered here offer insightful glimpses of The Queen’s personality as told through her conversations. The book presents a variety of encounters from many different people—from walkabouts to investitures, civil servants to Sirs, royal outfitters to radio DJs, artists, and teachers—who each detail the backstory that led up to the moment of  meeting The Queen and put the quotations in context. For those of us who won’t have this unique opportunity, this book offers an entertaining chance for our own vicarious meeting with The Queen. 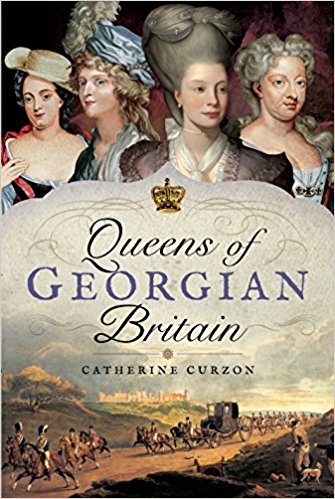 Once upon a time there were four kings called George who, thanks to a quirk of fate, ruled Great Britain for over a century. Hailing from Germany, these occasionally mad, bad and infamous sovereigns presided over a land in turmoil. Yet what of the remarkable women who were crowned alongside them?

From the forgotten princess locked in a tower to an illustrious regent, a devoted consort and a notorious party girl, the queens of Georgian Britain lived lives of scandal, romance and turbulent drama. Whether dipping into politics or carousing on the shores of Italy, Caroline of Ansbach, Charlotte of Mecklenburg-Strelitz and Caroline of Brunswick refused to fade into the background.

Queens of Georgian Britain offers a chance to step back in time and meet the women who ruled alongside the Georgian monarchs, not forgetting Sophia Dorothea of Celle, the passionate princess who never made it as far as the throne. From lonely childhoods to glittering palaces, via family feuds, smallpox, strapping soldiers and plenty of scheming, these are the queens who shaped an era. 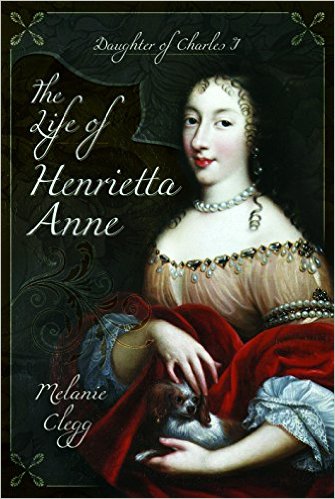 The Life of Henrietta Anne: Daughter of Charles I

Henrietta Anne Stuart, youngest child of Charles I and Henrietta Maria, was born in June 1644 in the besieged city of Exeter at the very height of the English Civil War. The hostilities had separated her parents and her mother was on the run from Parliamentary forces when she gave birth with only a few attendants on hand to give her support. Within just a few days she was on her way to the coast for a moonlit escape to her native France, leaving her infant daughter in the hands of trusted supporters. A few years later Henrietta Anne would herself be whisked, disguised as a boy, out of the country and reunited with her mother in France, where she remained for the rest of her life. Henrietta s fortunes dramatically changed for the better when her brother Charles II was restored to the throne in 1660. After being snubbed by her cousin Louis XIV, she would eventually marry his younger brother Philippe, Duc d Orl ans and quickly become one of the luminaries of the French court, although there was a dark side to her rise to power and popularity when she became embroiled in love affairs with her brother in law Louis and her husband s former lover, the dashing Comte de Guiche, giving rise to several scandals and rumours about the true parentage of her three children. However, Henrietta Anne was much more than just a mere court butterfly, she also possessed considerable intelligence, wit and political acumen, which led to her being entrusted in 1670 with the delicate negotiations for the Secret Treaty between her brother Charles II and cousin Louis XIV, which ensured England s support of France in their war against the Dutch.