Last week I was invited to view the new exhibition from the National Archives in The Hague. At the same time a new book was presented, which is (so far) only in Dutch. The book is called ‘Majoor van Oranje. Jacobus Hojel, ooggetuige van de beginjaren van ons koninkrijk’ (English: Major of Orange, Jacobus Hojel, Eyewitness to the early years of our kingdom). Hojel was a soldier who fought with the future William II and even offered him his horse, when his was shot by a cannon as depicted in this painting below. 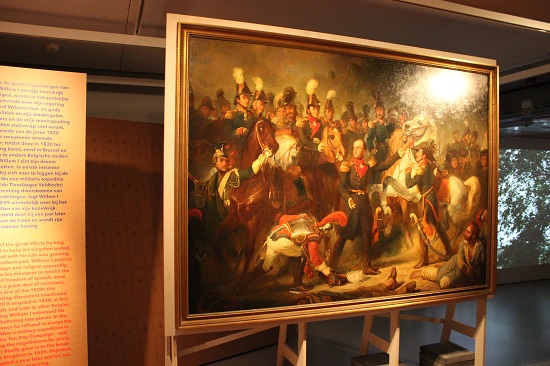 The exhibition is divided into themes, but also features eight pillars upon which William I supported. For several of these people contemporary equivalents were found for interview. For the first pillar, his mother Wilhelmina of Prussia no equivalent was found, because she is like no other (and I quote from the introduction!). 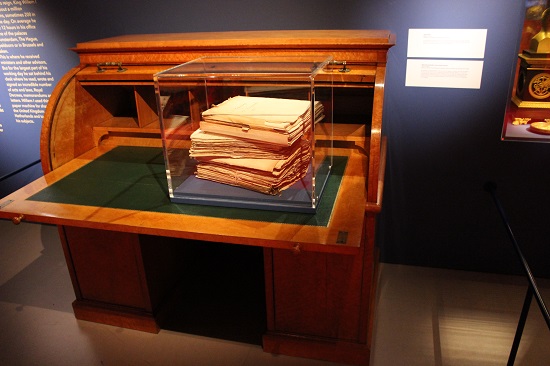 It’s quite a fun and interactive exhibition. By each pillar you can sit down and listen to interviews, all documents are translated in full and available on touchscreen and at the end you can do even do a Belgium versus the Netherlands quiz (I got 38 points, but I’m not sure what the maximum is).

The exhibition opened on 28 August 2015 and will run until 17 July 2016. The entrance fee is only €5,- and you can find the National Archives right next to The Hague Central Station.