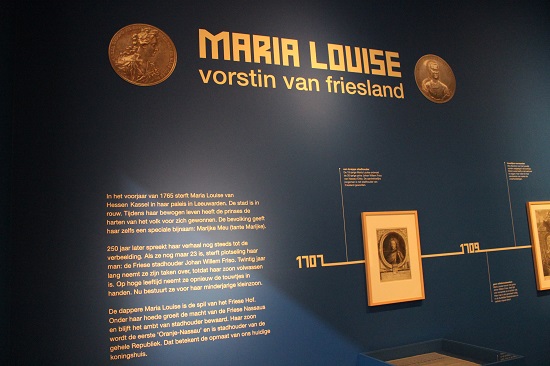 On 9 April I attended the opening of the Marie Louise of Hesse-Kassel year in Leeuwarden. Marie Louise died on 9 April 1765 and this year is the 250th anniversary of her death. She was regent twice, first for her son who was born two months after his father’s death and second for her grandson after both his parents had died. She was fondly remembered and was given the nickname ‘Marijke Meu’, which sort of translates as Aunt.

Just before the official opening, I went to visit two of the exhibitions in her honour. The first one is called ‘Marie Louise, Ruler of Frisia’ and is the bigger one of the two, though it is still rather small. 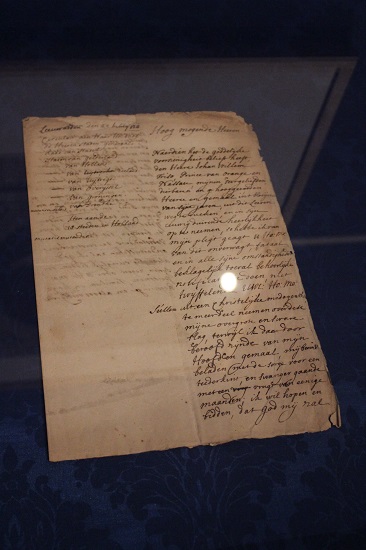 The room is beautifully designed and has some great pieces, such as this handwritten letter by Marie Louise, written just after the death of her husband. 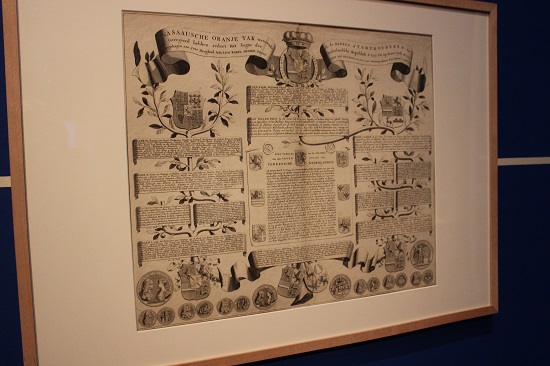 And also a gorgeous family tree. 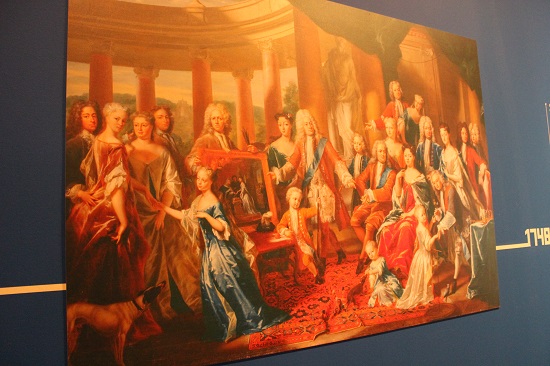 This huge painting includes several members of the family who were already dead when this was made. 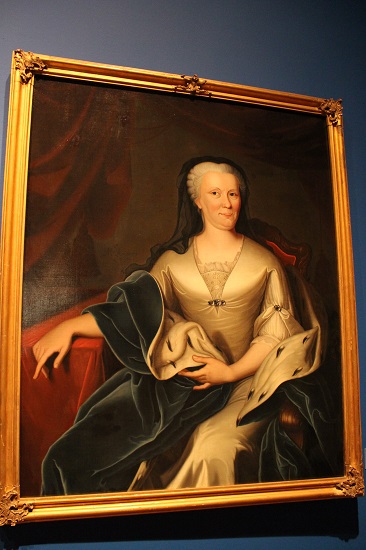 Marie Louise as a widow

I was a bit disappointed by the size of the exhibition and the lack of products related to the exhibition. You can buy stamps with Marie Louise’s image and they might get postcards later. Such a shame, I would’ve loved a nice hardcover book or some trinkets.

My second stop was near where the opening was going to take place, the Princessehof. I visited the Princessehof a few weeks ago as well and the only new part was a single room dedicated to Marie Louise. 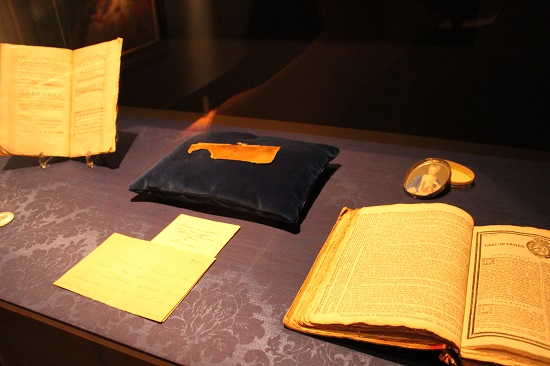 Their main object is a piece of silk that belonged to the lining of Marie Louise’s coffin. 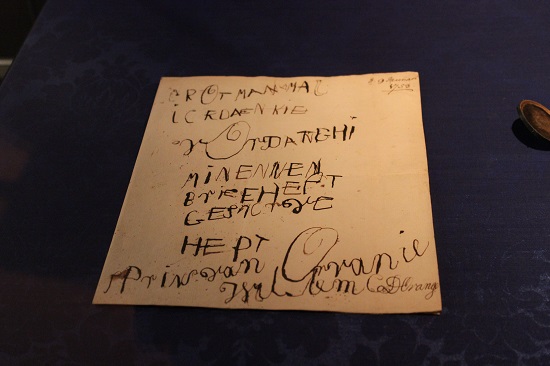 Though this letter written by a very young William V is quite interesting as well! 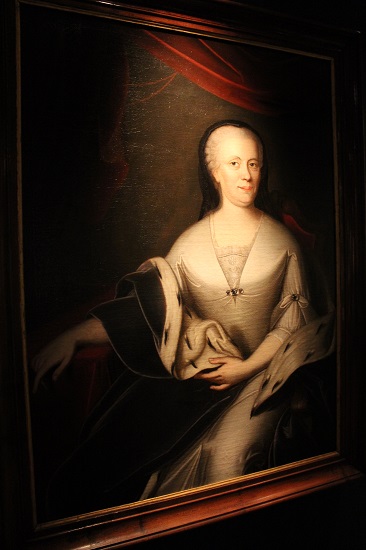 And they also have this portrait, which is quite similar to the one in the Fries Museum!

Overall, the Princessehof was disappointing! There is a single room dedicated to her (this does not include her tea or dinner room, which is permanent) and it’s not worth the entrance fee if you just want to see this exhibition. 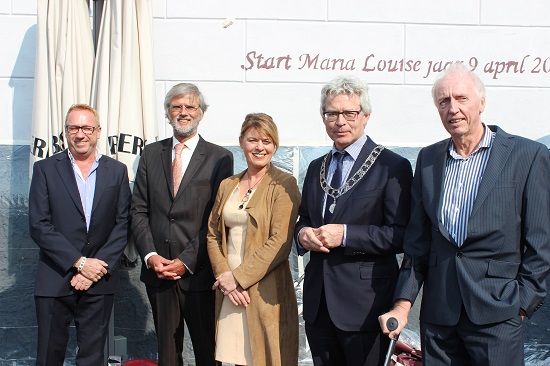 The official opening began with the start of a mural that is to be made in her honour, depicting Marie Louise and all the reigning houses that descend from her. The man second from the right is the Mayor of Leeuwarden and second from the left is Bearn Bilker, who I met at the Royal Gatherings weekend and who is the president of the Marie Louise Commission. 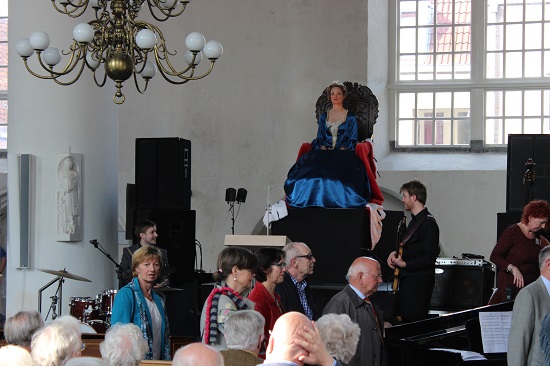 We walked towards the Jacobijner Church, which is also where Marie Louise and most of the Frisian Nassau’s are buried, for a few speeches, monologues by the one and only Marie Louise (see above) and some music from the time of Marie Louise with a modern twist. I quite liked most of it, though it could’ve been a bit shorter!

I met up with Netty from NettyRoyal and we spent a lot a time chatting! So nice to meet her!