The original stronghold of Teylingen was built around 1200. In the beginning, only the circle walls existed. It was surrounded by a moat and it the 14th century a luxury palace to live in came about. It was first inhabited by the Lords of Teylingen and was used to protect the dykes and the way to Haarlem. The direct line of the Lords of Teylingen died out and the stronghold became the property of the Counts of Holland. It became a hunting lodge for the Counts. 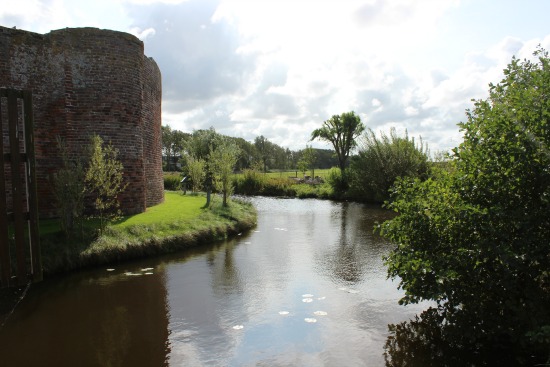 It was heavily damaged by the 80-years-war, especially during the period 1572 and 1574. Repairs were started but after the roof was destroyed by fire in 1676 it was decided that there would be no more rebuilding. 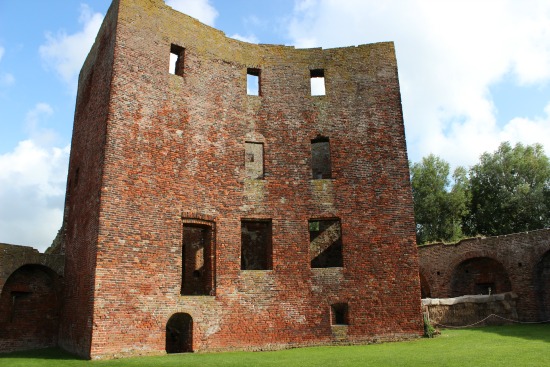 In 1857 two Jonkheren (nobles) of Teylingen bought the ruins. They were not even related to the original Lords of Teylingen. Since 1888 the property has belonged to the state and it is now open to the public from March to October Friday through Sunday. 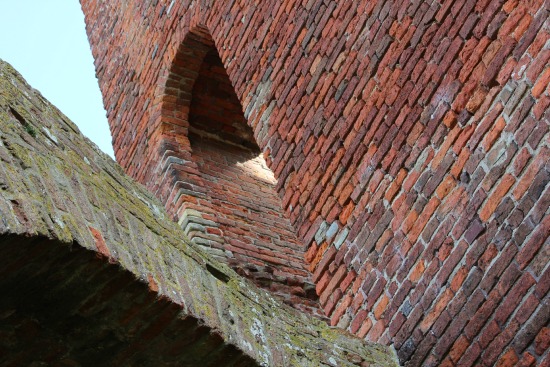 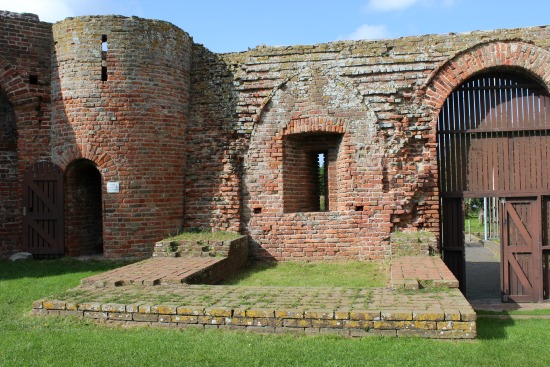 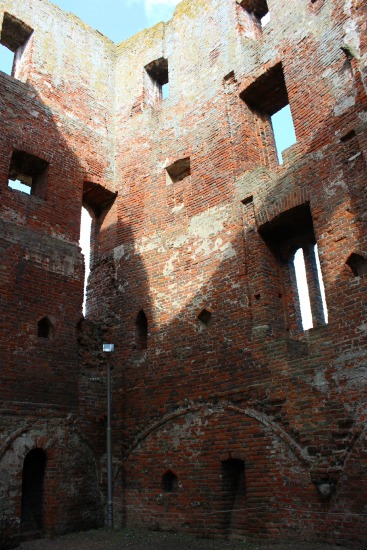 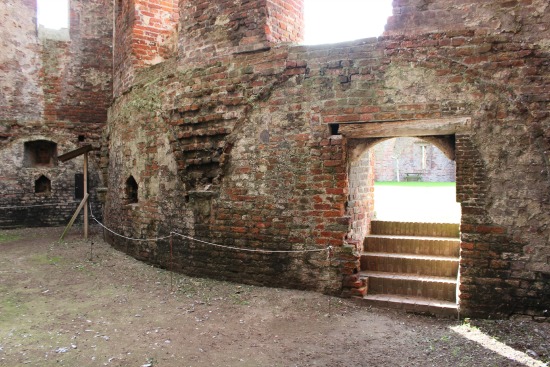 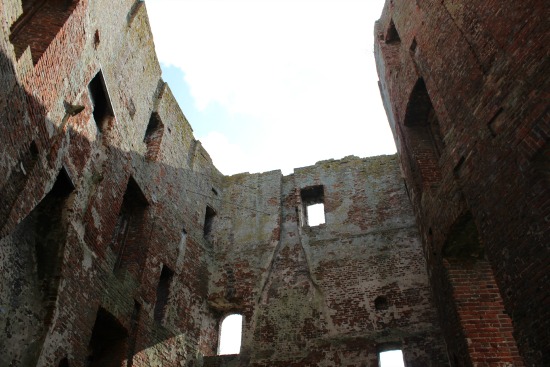 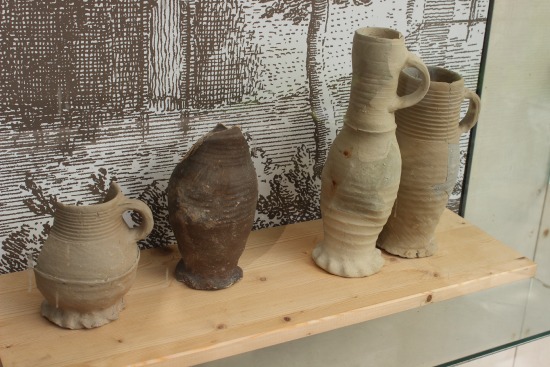 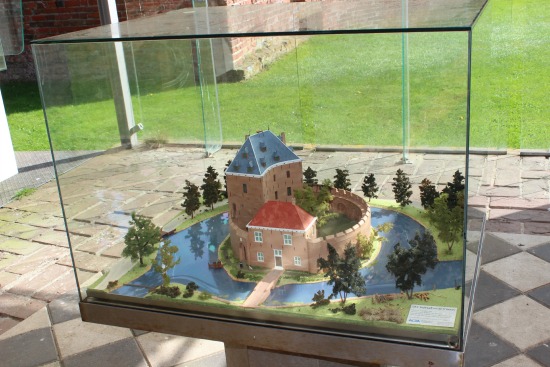 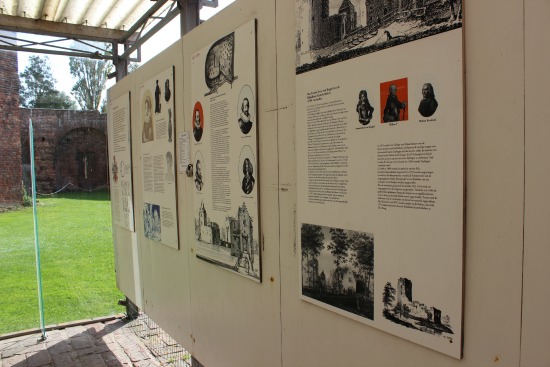 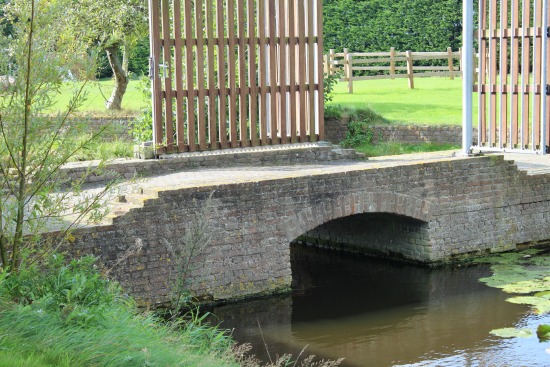 The most famous inhabitant of the Castle is Jacqueline (or in Dutch Jacoba) of Bavaria. She was born in the castle of Le Quesnoy in Hainaut and was baptised on 16 July 1401. She was the only daughter of William II, Duke of Bavaria and Margaret of Burgundy. Jacqueline was famously married four times.

Her first marriage was to John, Duke of Touraine, fourth son of Charles VI of France and Isabeau of Bavaria. He was not expected to rule in France. They married on 6 August 1415, when Jacqueline was only 14, in The Hague. However, that same year John became the new Dauphin of France after the death of his elder brother. The marriage was short. John died two years later on 4 April 1417. A mere two months later Jacqueline’s father also died.

Jacqueline was acknowledged as the sovereign of Holland, Zeeland and Hainaut, but her uncle John III, Duke of Bavaria-Straubing claimed them as his rightful inheritance. To make her position stronger Jacqueline decided to marry again. She married her cousin John IV, Duke of Brabant, but he proved a bad choice. He gave John III full custody over Holland and Zeeland for 12 years. It was decided that the marriage should be dissolved.

In 1422 Jacqueline obtained a dubious divorce from John IV of Brabant to allow her to marry Humphrey, Duke of Gloucester, who was a brother of Henry V of England. Jacqueline had hoped for help from Humphrey but he was not recognised in Holland and Zeeland as count. He eventually had to return to England and he had to leave Jacqueline behind. In 1425 she was imprisoned in Ghent by Philip the Good, Duke of Burgundy. She escaped from Ghent dressed in men’s clothes. During this time the pope decreed that she was still married to John IV, Duke of Brabant and that her marriage to Humphrey, Duke of Gloucester was invalid. John IV had died a year before the decree, however.

In 1428 Jacqueline was forced to agree to a peace treaty that basically took away all her lands but she was allowed to keep her titles. Philip the Good was also her heir if she died without children and she was not to marry without the permission of her mother, Philip and the three counties. Philip did not abide by this peace treaty however and in 1433 Jacqueline ended up giving him all her land and titles and in return, she was to have an income from several estates. Her financial situation before this had been dire.

Jacqueline retired to her lands in Zeeland and this is where she met her fourth husband, Francis, Lord of Borssele. They married in 1434. Supposedly it was a love match. It was to be a short marriage. Jacqueline became ill in 1436 and she died a few months later. She died in Teylingen Castle on 8 October 1436. She had no children.

I’m really glad things like this survive so we can walk in the footsteps of strong women like Jacqueline.

About Moniek 1536 Articles
My name is Moniek and I am from the Netherlands. I began this website in 2013 because I wanted to share these women's amazing stories.