Perhaps one of the most emotional places we visited during this trip was the St Elizabeth’s Church in Wiesbaden. It also the least documented one, as photography and filming were absolutely verboten inside.

This Russian Orthodox Church was built from 1847 to 1855 by Duke Adolf of Nassau, who later became Grand Duke of Luxembourg, in memory of his wife, the 19-year-old Grand Duchess Elizabeth Mikhailovna of Russia. They had married in 1844 but Elizabeth died in childbirth the following year and the church was built for her tomb. With the blessing of Elizabeth’s father, money from her dowry was used to build the church.

The church was dedicated in honour of St Elizabeth, the mother of John the Baptist on 25 May 1855. Shortly after Elizabeth and her baby girl were both buried there in the crypt.  It is truly an amazing church, which lots of candles and icons and the tomb is amazing in its detail.

The church is built on the Neroberg and looks down on Wiesbaden. We went up by car but I noticed that there was also a small train running up and down so you’ll also be able to visit it without having to hike up the mountain. 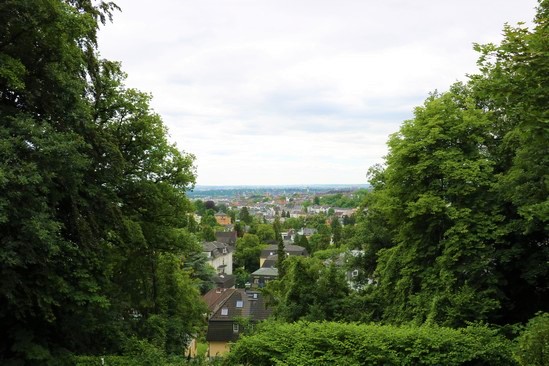