This week I visited the Rijksmuseum in Amsterdam. I hadn’t been for quite some years, and last time they were still doing a bit of construction. Now, it’s completely done, and it’s so much bigger than I remembered. I specifically went to spot some items related to royal women, and there were quite a few! 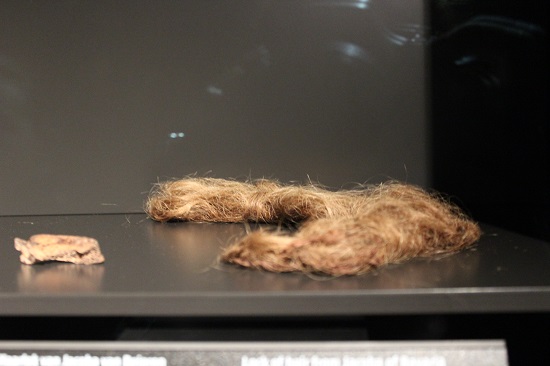 Lock of hair from Jacqueline of Hainaut, though the Rijksmuseum doubt its authenticity. It was supposedly from the excavation in the chapel in the Binnenhof, but nobody was reported to have been found, but they apparently did find this. So either the body is still there somewhere, or the lock of hair is fake. 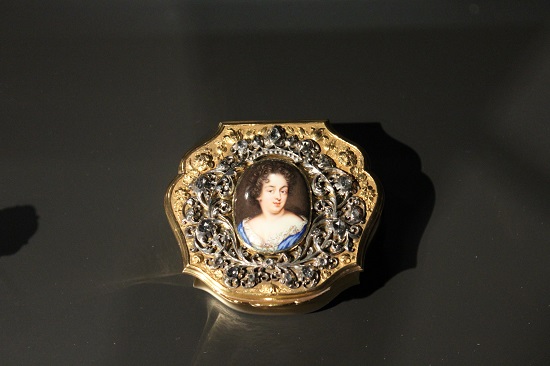 Snuffbox with the image of Mary Stuart. 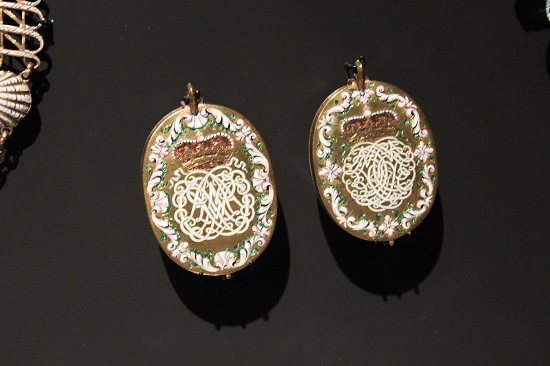 Medallions with the monograms of Henriëtte Amalia van Anhalt-Dessau and her husband Henry Casimir II, Prince of Nassau-Dietz. 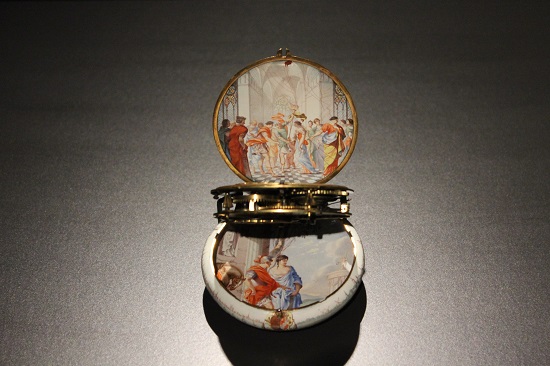 Watch depicting the marriage between Mary Stuart and William of Orange. It could have been a marriage present from William to Mary. 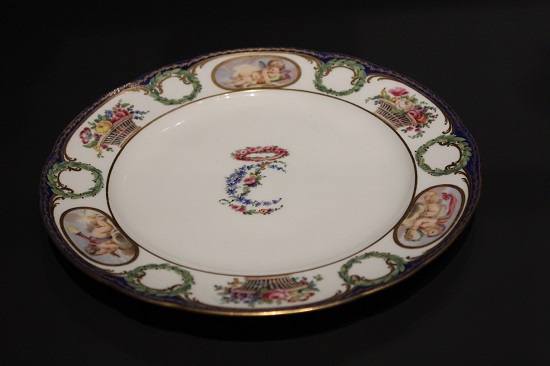 This plate was a part of a larger set that was given by Louis XV of France to Maria Carolina, Queen of Naples on the occasion of her second daughter’s baptism. Louis was little Luisa’s godfather. 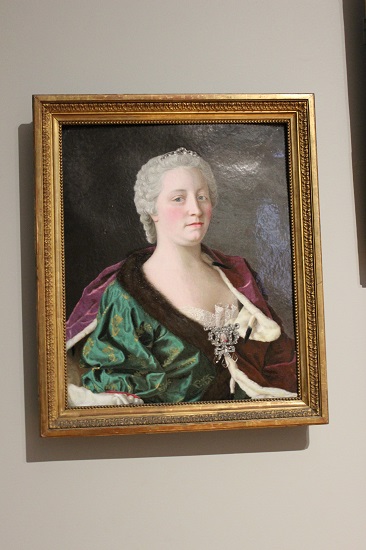 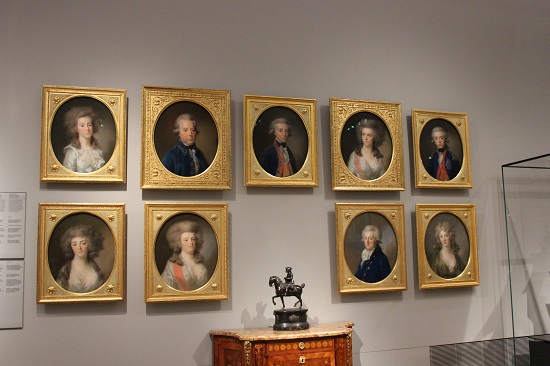 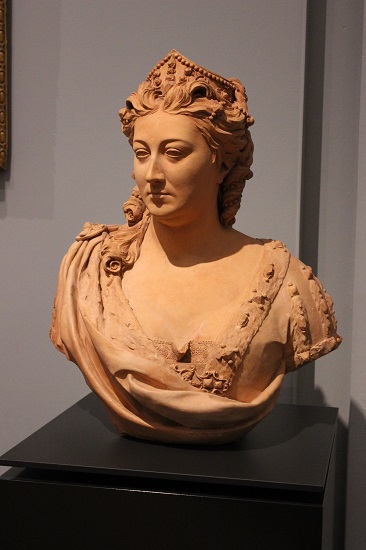 A gorgeous bust of Caroline of Ansbach, Queen of England 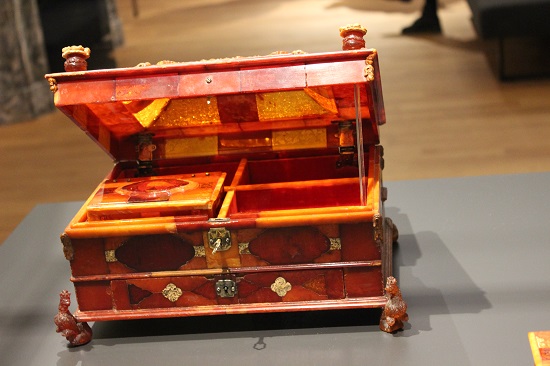 Playbox, probably given to Anne of Hanover and Prince William IV by King I of Prussia. 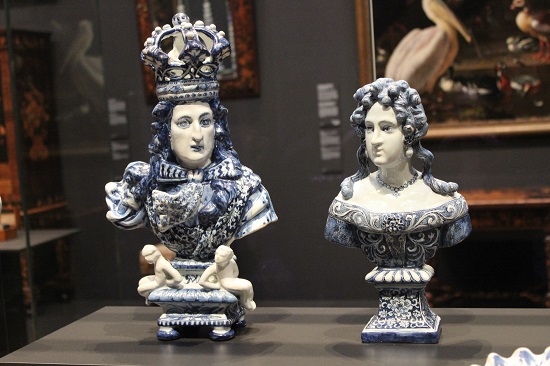 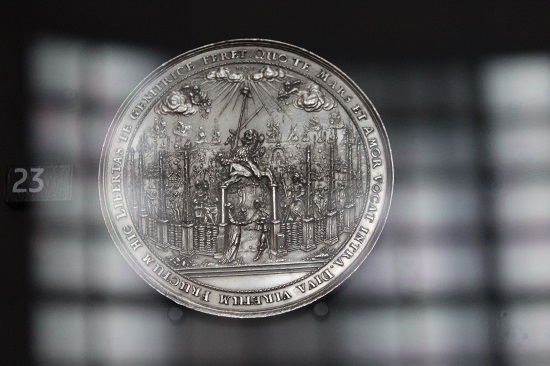 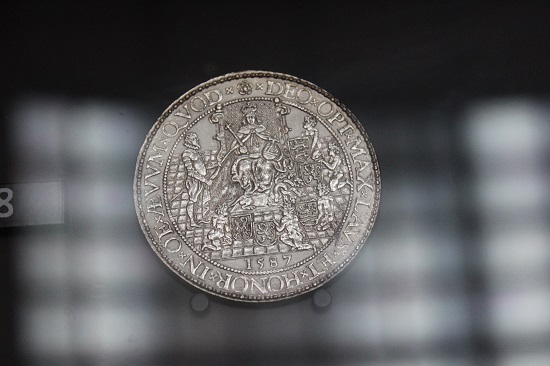 Coin depicting Elizabeth I of England 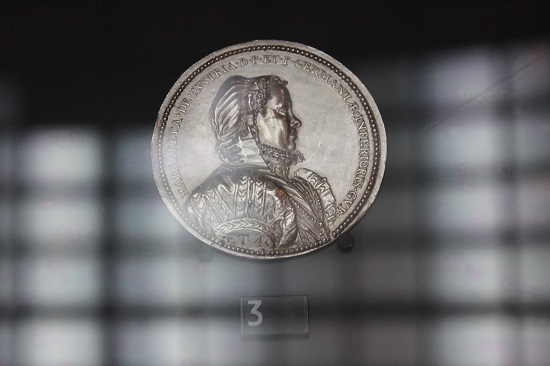 Coin depicting Margaret of Parma, Governor of the Netherlands 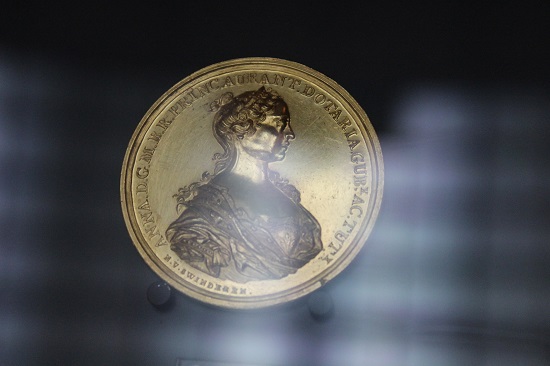 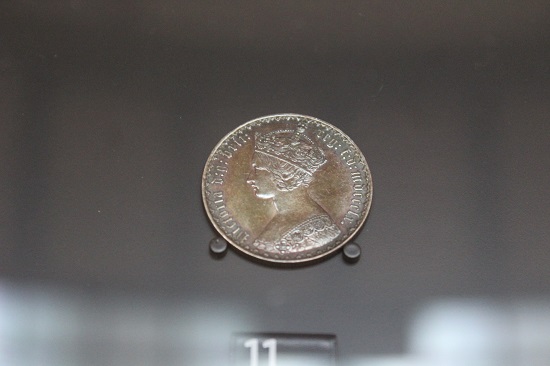 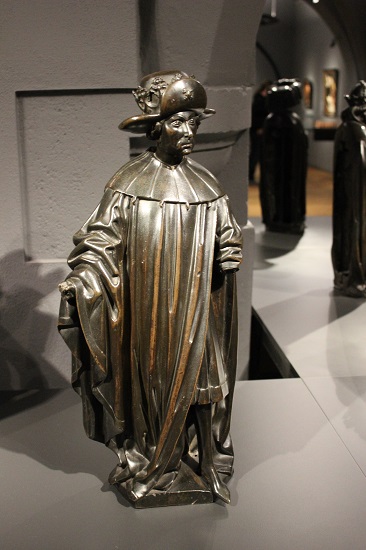 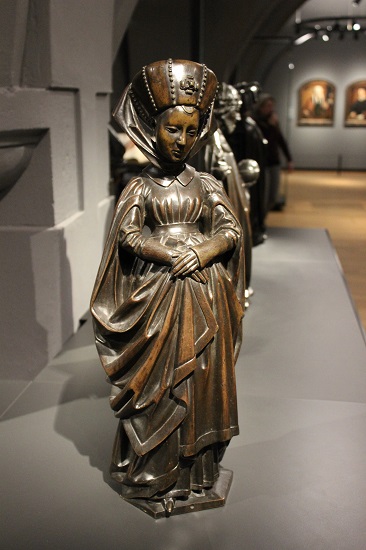 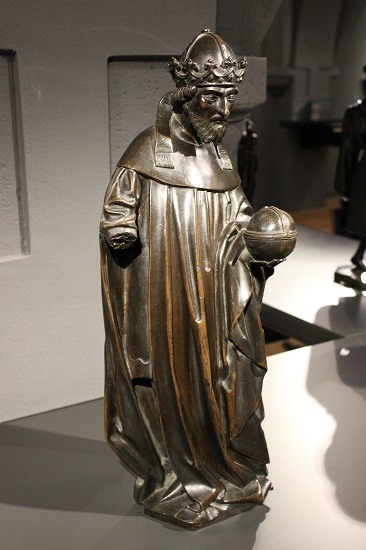 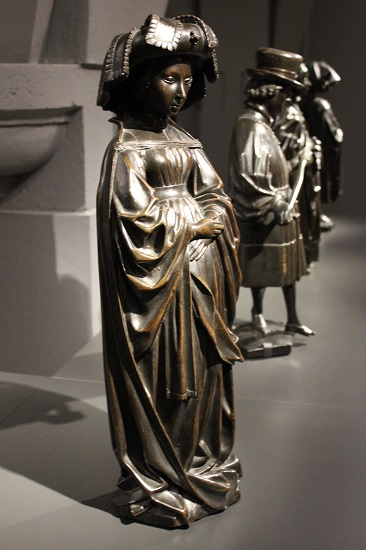 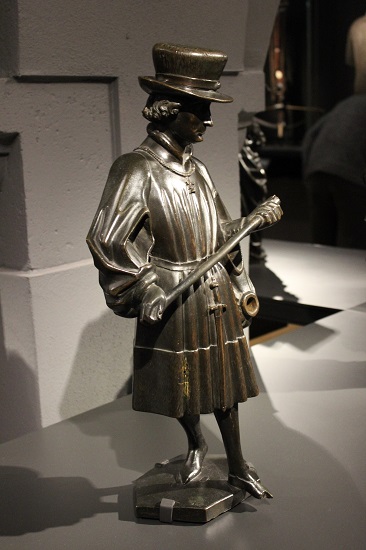 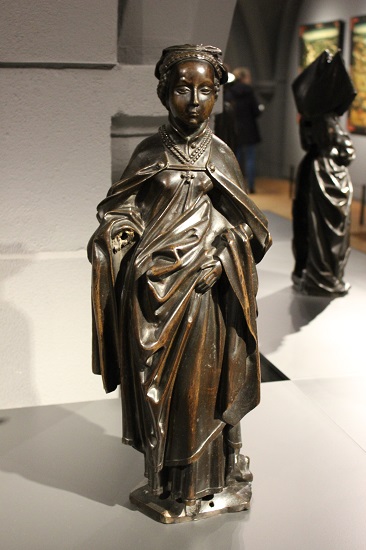 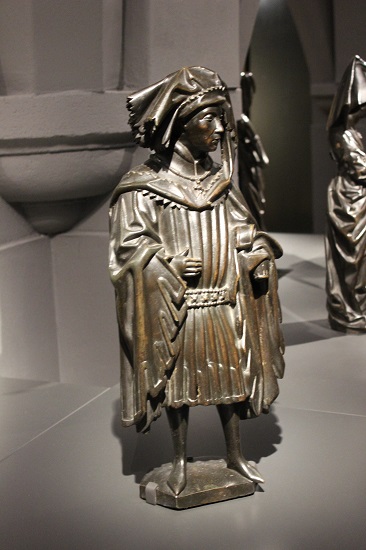 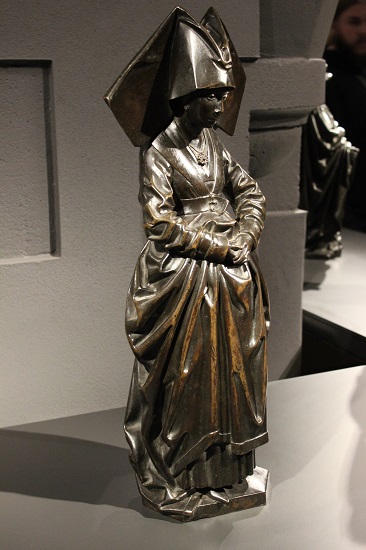 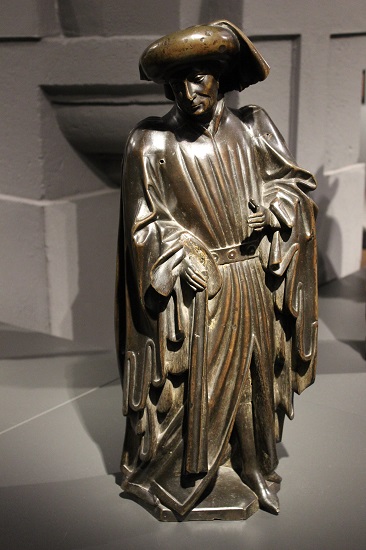 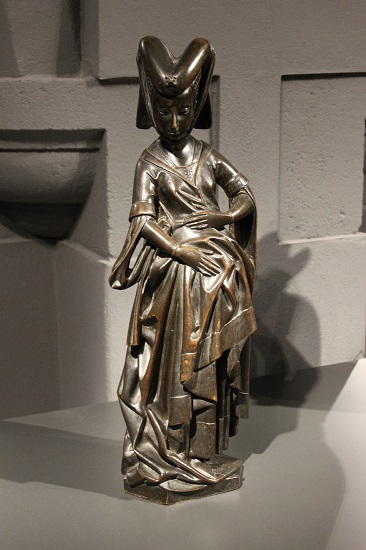 The ten weepers from the tomb of Isabella of Bourbon. How pretty are they? 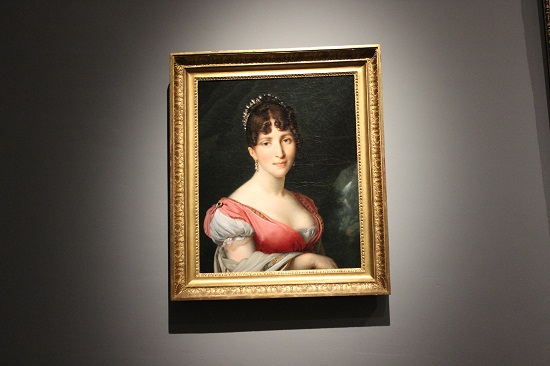 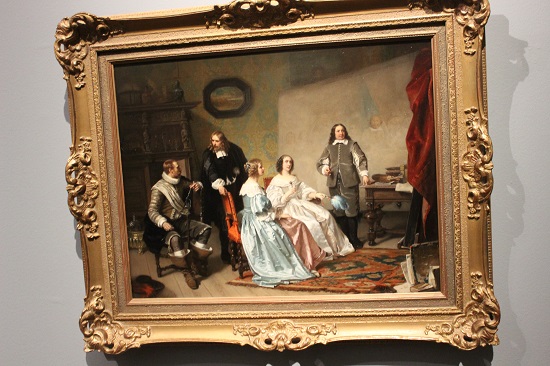 Mary, Princess Royal and Princess of Orange visits the workshop of the painter doing her portrait.

I had an awesome day at the Rijksmuseum. It’s really pretty now that it’s all done. We nearly ran into King Willem-Alexander who was there to open a Rembrandt exhibition.