Edinburgh Castle dominates the skyline of Edinburgh from the Castle Rock. A royal castle has stood on this site since at least the 12th century. It has been alternatively known as the Maidens’ Castle until the 16th century. Due to its strategic location, it was involved in quite a few conflicts. The oldest building on the site is St. Margaret’s Chapel, which dates from the 12th century. Saint Margaret herself probably never prayed there as it was most likely built during the reign of her son, David I. She died in the castle in 1093 and is buried in Dunfermline Abbey.

It was captured by the English and only returned to the Scots 12 years laters as the dowry of Ermengarde de Beaumont, who married William I of Scotland. The Wars of Scottish Independence saw the castle besieged by the English. The treaty of Berwick ended the Wars of Independence and David II chose it as his principal seat of government. However, the castle was increasingly used for defensive purposes, and the royals began to stay more frequently at Holyrood Abbey and the later built Palace of Holyroodhouse.

Around the time of King Charles II, the castle was transformed into a garrison fortress, and several were held as prisoners of war there. The castle passed into the hands of Historic Scotland in 1991. 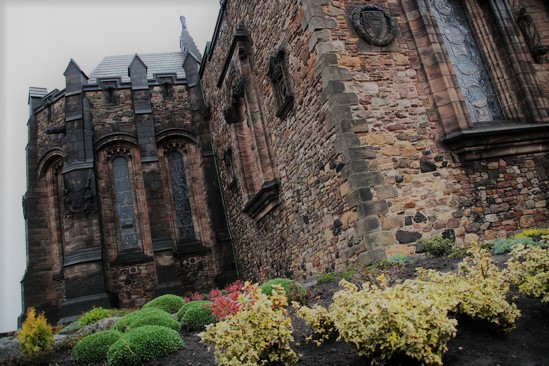 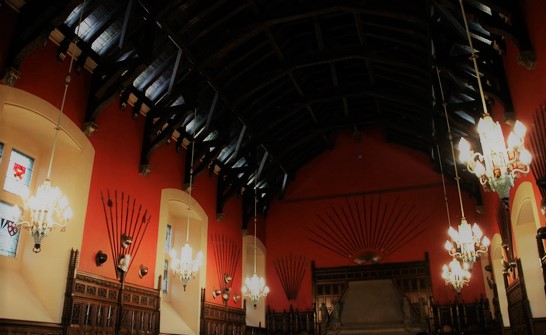 The Great Hall, where Mary, Queen’s of Scots gave a banquet upon her return to Scotland. 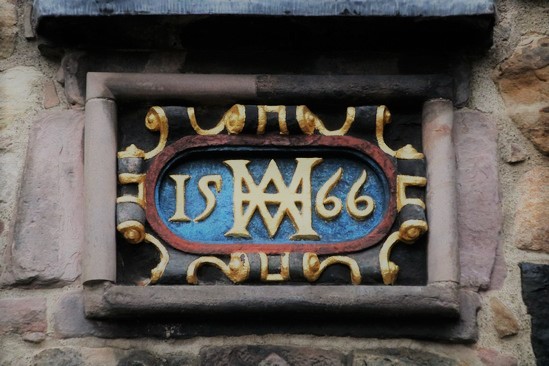 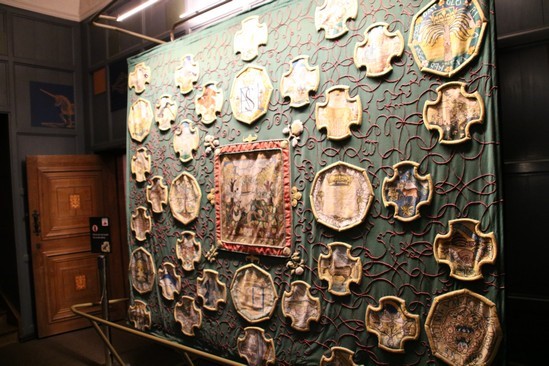 A replica of the embroidery Mary, Queen of Scots made while imprisoned. 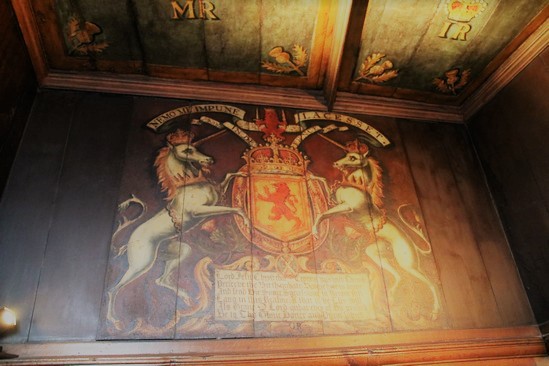 In 1566, Mary, Queen of Scots gave birth to her son James in this teeny tiny room. 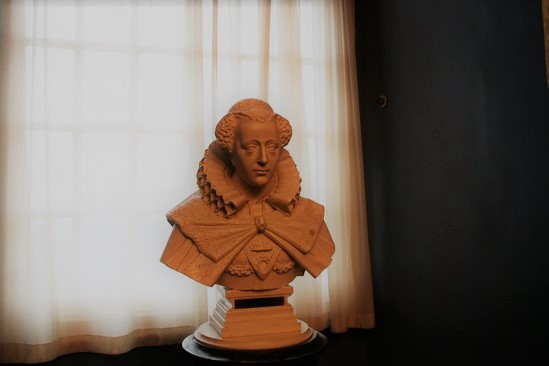 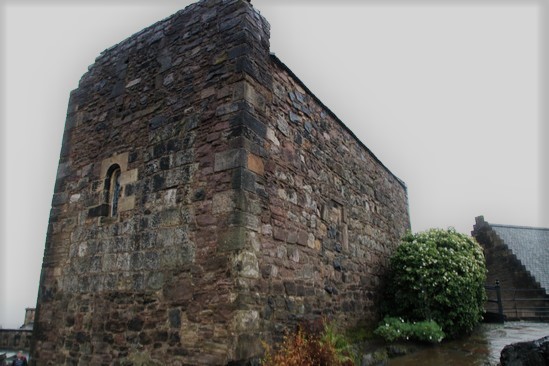 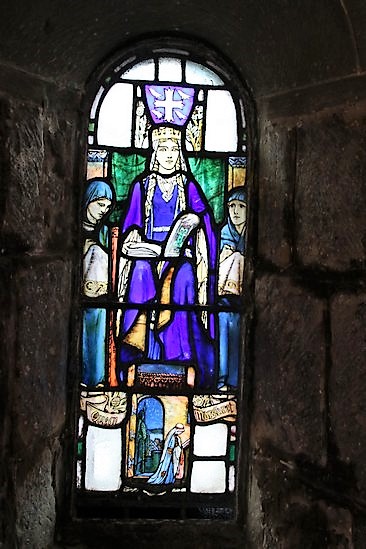 Saint Margaret is displayed in this beautiful stained glass window. 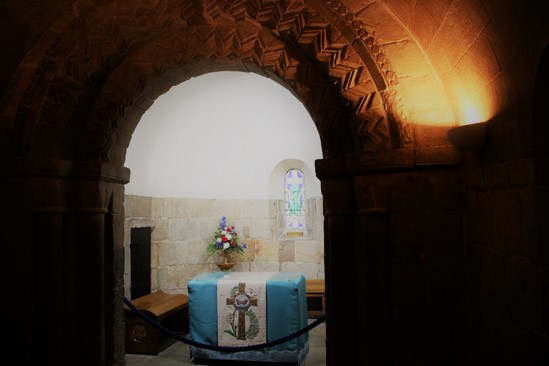 Mary of Guise, the mother of Mary, Queen of Scots, died at Edinburgh Castle in 1560 and her coffin rested in the chapel for several months before it was secretly shipped to France for burial.

Edinburgh Castle is a must-see in Edinburgh. Don’t miss the Honours of Scotland and the historic Stone of Destiny and marvel in the small room where Mary, Queen of Scots gave birth. The castle is open almost daily and tickets are £17.00 for one adult.