Alice Frederica Edmonstone was born on 29 April 1868 in Strathblane, Scotland. Her father was a Baronet and an admiral in the Royal Navy and could, therefore, afford to provide a comfortable upbringing for Alice and her ten siblings at Duntreath castle. After spending her teen years having fun with her friends and kissing stable boys on the family estate, ‘flirtatious Freddie’ as she was often called was married at 23 to The Honourable George Keppel.

The couple’s marriage was said to be one filled with love and laughter and two children, Violet and Sonia were born by 1900. The family lived in London, and in order to keep up with the top of London society, Alice began to have affairs with rich men who would provide her with the money and connections she needed to thrive as a society hostess. This type of arrangement was commonplace at the time for members of the aristocracy. George Keppel knew of his wife’s affairs and indulged in a number of his own. He commented ‘I do not mind what she does as long as she comes back to me in the end’.

Alice’s lovers included Humphrey Sturt, 2nd Baron Alington and Ernest Beckett, 2nd Baron Grimthope. Ernest is believed by many to be the true father of Alice’s daughter Violet, though there is no proof of this. Money earned through liaisons with men such as these meant that Alice could put on the best parties and mix with the high society which is how she ended up meeting Prince Albert Edward who was known to his friends as Bertie. 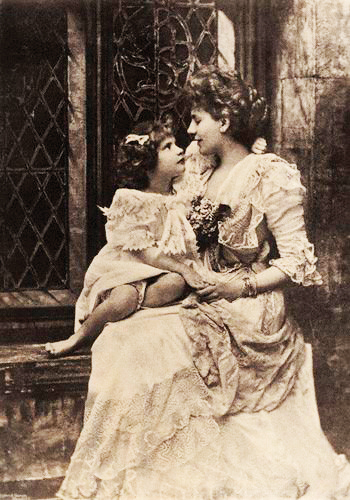 Bertie and Alice met in 1898 while he was still the Prince of Wales, he was 56, and she was 29. Within a matter of weeks Alice had become Bertie’s official mistress and his previous lover Daisy Warwick was pushed aside. The Prince’s wife Alexandra of Denmark preferred Alice to Daisy as she was discreet and knew how to calm Bertie down during his terrible mood swings. While discreet in public, Alice also knew how to satisfy Bertie’s sexual appetite in private and was described as having the sexual morals of an alley-cat.

In 1901, when Queen Victoria died, after 63 years on the throne, Bertie became King Edward VII. Alice’s position was unchanged by her lover becoming king; in fact, she was seen by many as a good influence and vital to his reign. Alice was not hidden away from the public as the king insisted she was always with him. The pair were often seen together hosting dinner parties or at events such as Ascot. Queen Alexandra also saw Alice as an ally during this period, as Alice could coerce the stubborn king into doing things he did not wish to do. She helped to facilitate foreign policy negotiations with the Viceroy of India, had links with the Liberal Party and was even thanked by Herbert Asquith for her ‘wise counsel’.

Alice and King Edward remained together for the rest of his life; she brought a sense of calm and domesticity to his glamorous and hectic life as a monarch. Alice once said that the key to being a royal mistress was to ‘curtsey first and then leap into bed’ which obviously worked well as the pair were together for twelve years. As well as love and companionship, Alice gained a lot from the relationship in financial terms and social status too, although Edward was restricted as a constitutional monarch in how much he could reward her from the crown treasury. Another mistress Lillie Langtry once said that ‘if I had been born in the days of the Stuarts I would have been a duchess in my own right’.  Although Edward did not pay Alice in cash or titles for her companionship, as previous kings did, he did provide her with shares and other investments which were worth millions of pounds in today’s money. 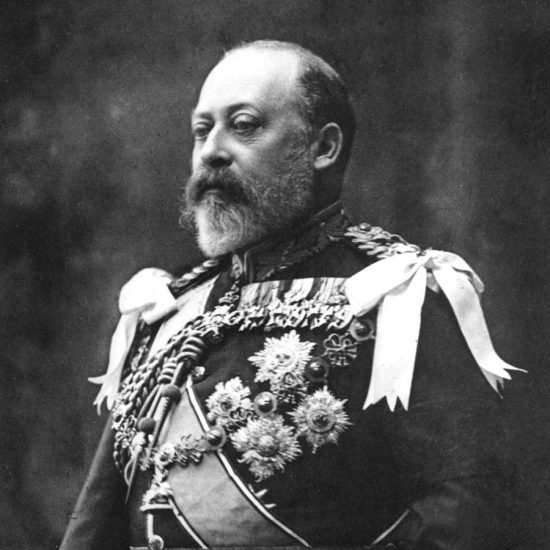 From March 1910 onwards, King Edward’s health began to rapidly deteriorate. He had been unwell for a few years due to his excessive diet and his love of smoking and drinking, but it was bronchitis and a series of heart attacks which brought his life and the Edwardian era to an end. The king died aged 68 on 6 May 1910, and a hysterical Alice had to be dragged away from his bedside. Her ally the Dowager Queen Alexandra soon turned on her, and she was forced to leave the court.

Alice spent most of the remainder of her life travelling the Far East or living in Florence, Italy with her husband George. Alice’s death in September 1947, marked the end of an era for royal mistresses and the role would never be the same again. The country changed drastically under the straight-laced King George V and because of the trauma brought about by two world wars. The keeping of a glamorous and decadent royal mistress would no longer be openly tolerated. Alice’s legacy as a socialite and a woman forever in the spotlight has been continued by generations of her family. Alice’s daughter Violet went on to become the long-term lover of writer Vita Sackville-West, and her great-granddaughter is the Duchess of Cornwall, the wife of Charles, Prince of Wales. 1