The origins of the future Catherine I of Russia are rather obscure. She was probably born as Marta Helena Skowrońska on 15 April 1684. Her parents died of the plague when she was still quite young and she was raised by a pastor, in whose household she was probably a servant. She received little education and could not read or write. She was considered beautiful and at the age of 17, she was married to a Swedish dragoon. When the city they lived in was captured by Russian forces the pastor offered to work as a translator and they were taken to Moscow.  She later became part of the household of Prince Alexander Menshikov, who also happened to be the best friend of Peter the Great. Marta finally met Peter in 1703 when he was visiting Prince Alexander.

By 1704 she had become his mistress and they had a son, also named Peter. They would have a total of twelve children, but only two daughters would survive to adulthood. In 1705 Marta converted to Orthodoxy and took on the name Catherine Alexeyevna. No record survives of their marriage, but it is said they secretly married between 23 October and 1 October 1707 in St. Petersburg. Supposedly, it was a true love match. They were married again in 1712, this time officially. She was his second wife as he had previously been married to Eudoxia Lopukhina, who had also given him a son, named Alexis. They were divorced in 1698.

In 1724 Catherine was officially crowned and named as Peter’s co-ruler. Peter died on 8 February 1725 after having had urinary tract and bladder problems for almost two years. He had died without naming a successor, all his male children had predeceased him. Shortly after his death, Catherine suffered the loss of yet another child, her daughter Natalia died at the age of 6. A coup orchestrated by Prince Alexander Menshikov finally named Catherine as his successor as ruler of Russia.

Catherine would rule Russia for just two years, during which she apparently lacked the discipline to go through the state papers. Meanwhile, Menshikov’s power grew. Catherine’s reign ended quite suddenly when she died of an abscess of the lungs on 17 May 1727. The embalming of her body was badly done and her body began to decompose.

She was buried with her husband in the Peter and Paul Cathedral. 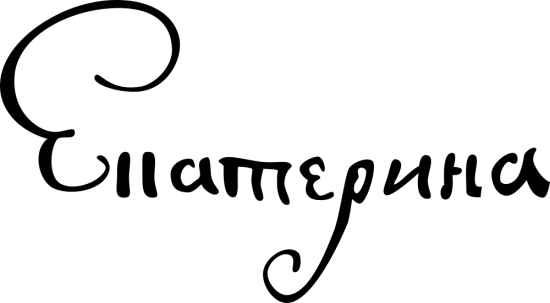 This documentary covers all of the Romanovs. Catherine I’s story begins in Episode 3.