Schloss Benrath in Düsseldorf is a baroque style pleasure palace. It was built for the Elector Palatine Charles Theodor, later also Elector of Bavaria and his wife Countess Palatine Elisabeth Auguste of Sulzbach.

Although the palace was built for them, the couple only visited the palace once. There was another palace nearby, but not much survives of that. Maria Sophia of Neuburg, later Queen of Portugal, was born in the old palace.

The palace was also lived in by Infanta Antónia of Portugal, who gave birth to her eldest son there and according to the guide, Caroline Bonaparte and her husband Joachim Murat lived there for about five, when he was Grand Duke of Berg. 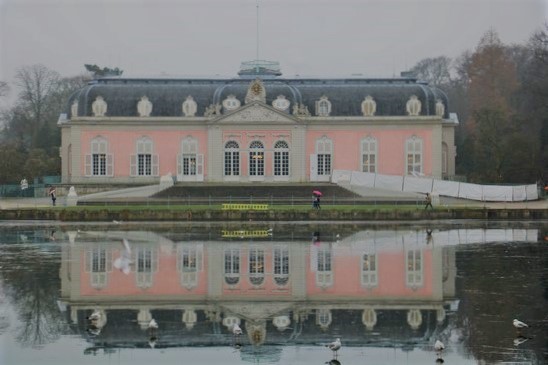 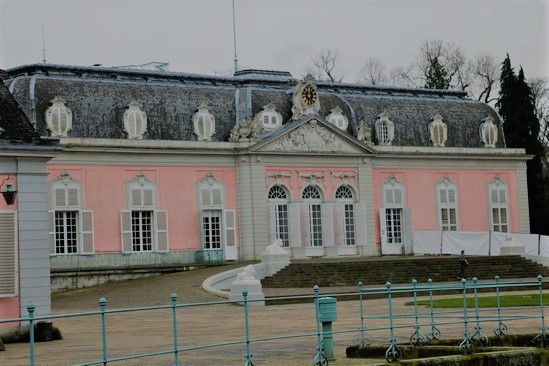 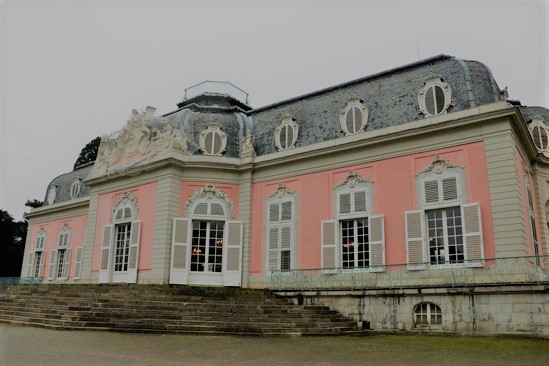 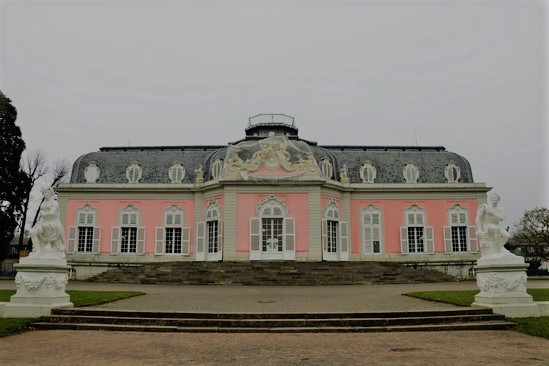 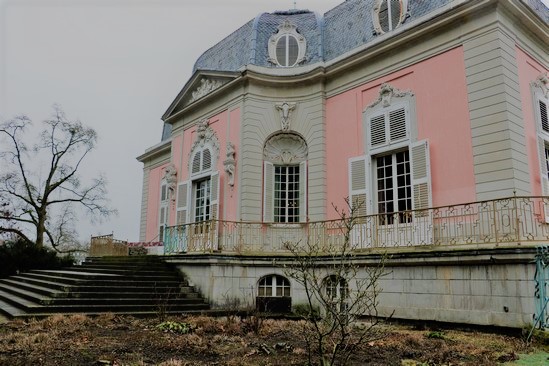 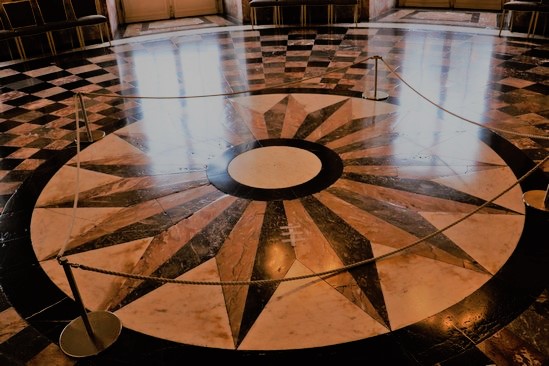 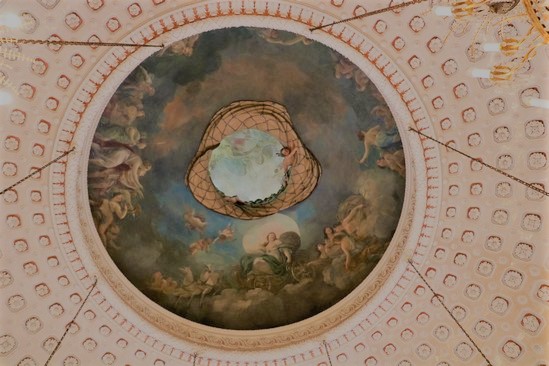 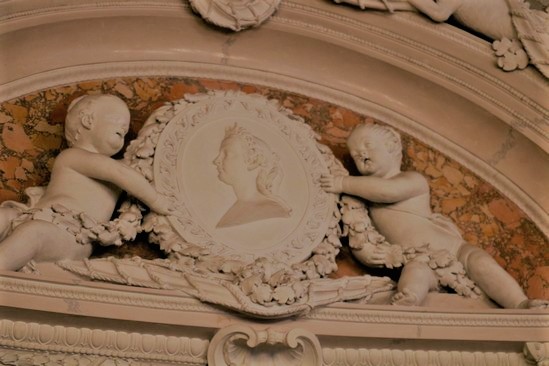 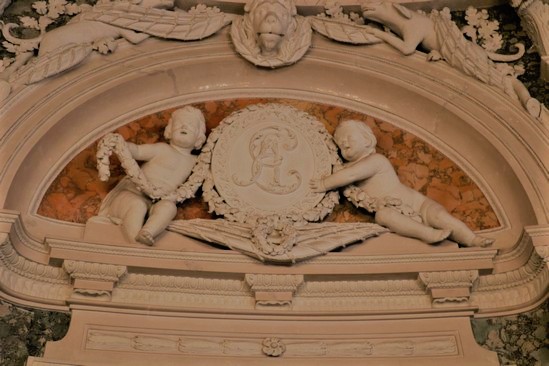 Some detailing dedicated to Countess Palatine Elisabeth Auguste of Sulzbach. 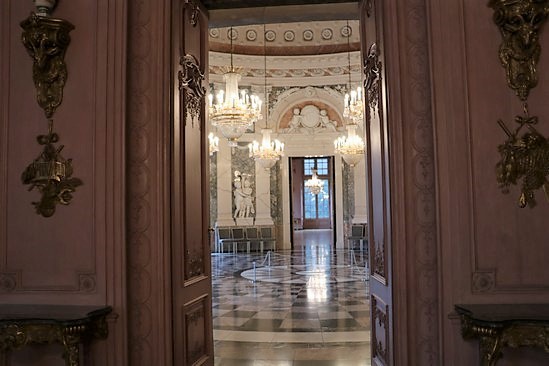 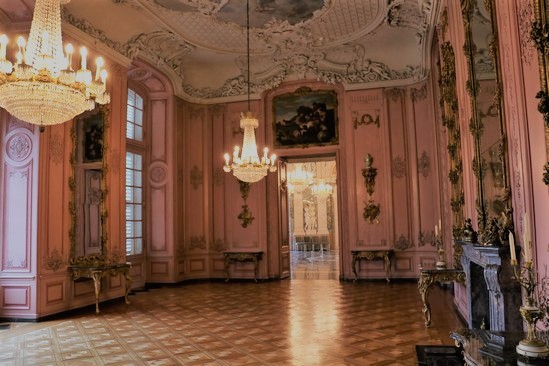 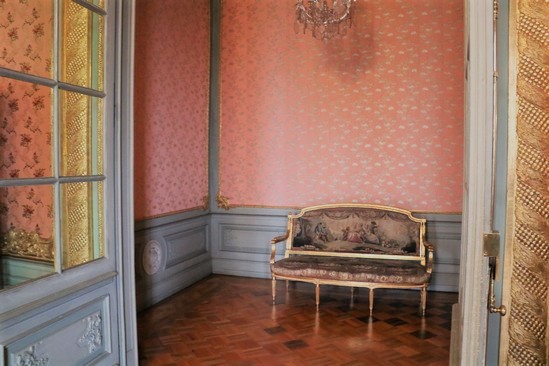 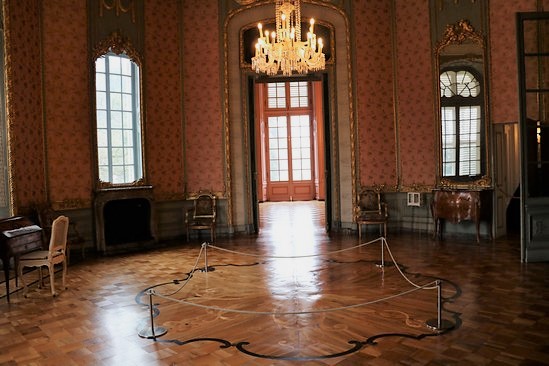 Currently, the Schloss is being used for state visits and I’ve found one photo of Queen Fabiola and King Baudouin of the Belgians in the room below. 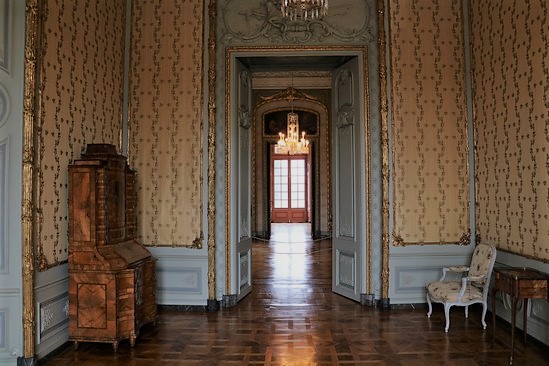 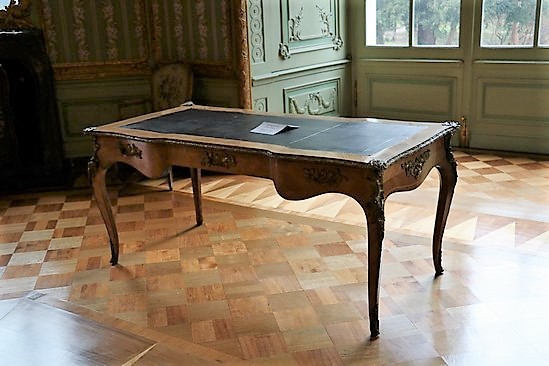 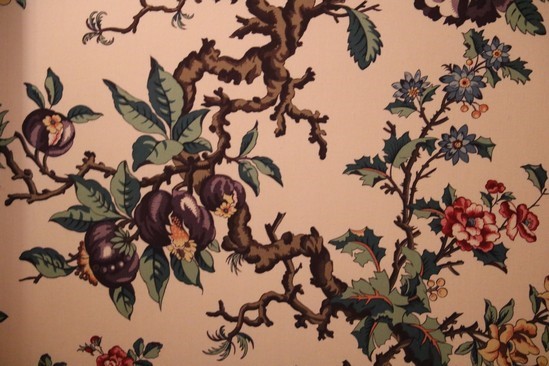 Schloss Benrath is at a walking distance from the Düsseldorf-Benrath station and several tram stops. The museum is open from Tuesday to Sunday and you can only go in with a guided tour. The English tour is every day at 3 pm, but I was in luck and as the only person to join the tour, I got a private tour in English. A ticket is €10 or €14 if you want to visit the museums in the side wings.