Marie Louise of Hesse-Kassel was born on 7 February 1688 as the daughter of Charles I, Landgrave of Hesse-Kassel and Maria Amalia of Courland. She was their 11th child. She was raised a Protestant, and she was noticed early on as a possible bride for Johan Willem Friso, the future Prince of Orange. He visited Kassel in 1707 to meet with the then 21-year-old Marie Louise.

He chose Marie Louise as his bride without meeting the second candidate, and they married in Kassel on 26 April 1709. After just one month, he left her with her parents to join the Spanish Succession War. Marie Louise travelled to Leeuwarden in January 1710, where she was solemnly received. She became pregnant not much later and their first child named Anna Charlotte Amalia Louise was born on 2 October 1710.

Marie Louise was tragically widowed on 14 July 1711. Her husband drowned in the Hollandsch Diep on his way to The Hague after a sudden storm during his crossing. It took eight days to find his body. He was interred in the Grote Kerk in Leeuwarden seven months after his death. 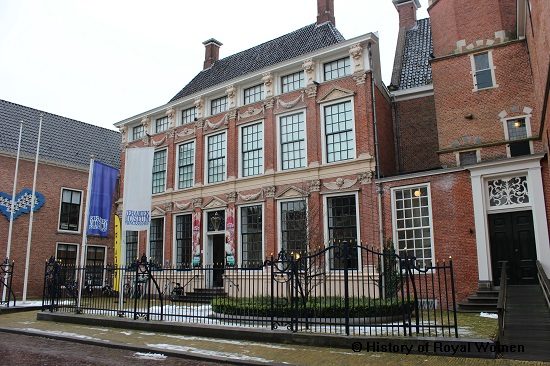 At the time of his death, Marie Louise was seven months pregnant with their second child. She gave birth to their son William on 1 September 1711, and he became the Prince of Orange from the moment of his birth.

It would be a tough year for Marie Louise, she lost not only her husband but also her mother. Her mother-in-law Henrietta Amalia of Anhalt-Dessau travelled to Leeuwarden and she expected to be made regent for the young Prince of Orange.

Nevertheless, Marie Louise was made regent, despite having little experience. She was now a 23-year-old widow and regent. Marie Louise had the help of her father to organise the finances.

When William came of age in 1731, Marie Louise withdrew to the Princessehof in Leeuwarden. She had arranged a brilliant marriage for her son in 1734 with the English Princess Anne. Marie Louise remained in retirement until she was again called upon to act as regent. 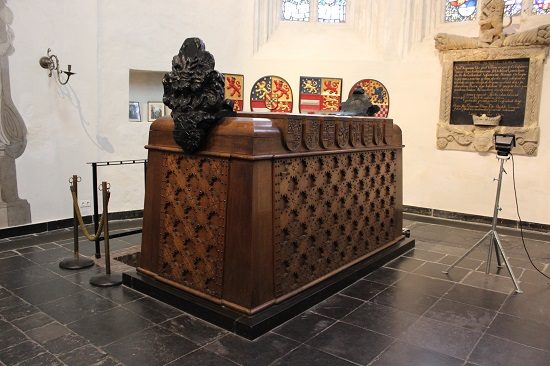 Marie Louise’s son had died in 1751 and Anne had become regent for their son, who was William V, Prince of Orange, until her death in 1759. Marie Louise was again regent from 1759 until 1765.

Marie Louise died of a stroke on 9 April 1765. She was buried in the Grote Kerk in Leeuwarden. Her grandson was still a minor, and his regent became his older sister Carolina for the last year of his minority.

Marie Louise was much loved by the people of Leeuwarden. She was given the nickname Marijke Meu (roughly translated as Auntie Mary).