Victoria Ka’iulani was born on 16 October 1875 as the daughter of Archibald Scott Cleghorn and Princess Miriam Likelike.  Her mother was a sister of King Kalākaua and Queen Liliʻuokalani, the last Queen of Hawaii. She was baptised on Christmas Day at St. Andrew’s Episcopal Church. She passed her first years with her nurse May Leleo and later her governess Miss Barnes. She loved to ride on her white saddle pony named Fairy, a gift from her father. She even wrote to her new governess Miss Gardinier, “I have a pretty little pony of my own, and I am not afraid to ride it. My pony is only four years old, and I am nine years old.” 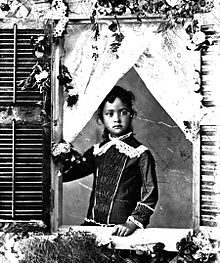 She was present for her uncle’s coronation in 1883. That spring the family travelled from Waikiki to the big island where they just missed the death of Princess Ruth, and in 1885 the “old” Queen Emma died. Kaʻiulani later wrote to her aunt, “I do not like funrals (sic) they are sad, and all the noise that the kanakers make scares me something bad.” Tragedy struck once more when her mother died on 2 February 1887. Doctors could find nothing wrong with her physically but for her refusal to eat. A weeping Kaʻiulani exclaimed to her governess that her mother had foretold her future and that she would never marry or be Queen.

In 1889, Kaʻiulani was sent to England to receive a private education at Great Harrowden Hall, and although she found her lessons hard, she liked them. Her uncle died in 1891 and was succeeded by her aunt, now Queen Liliʻuokalani. Queen Liliʻuokalani immediately appointed Victoria as Crown Princess. Despite this, she continued her studies in England. 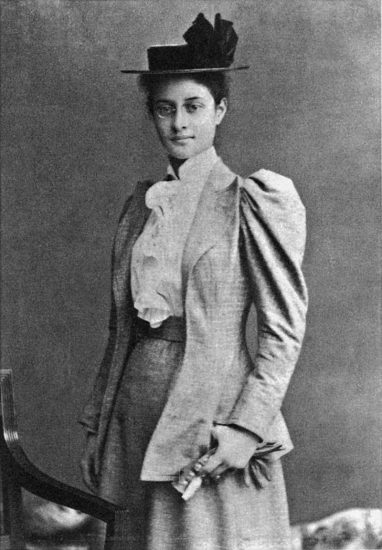 But as her mother had once foretold, Kaʻiulani would not be Queen. In 1893, the Hawaiian monarchy was overthrown, and her aunt was deposed. Kaʻiulani released a statement to the press in England.

Four years ago, at the request of Mr. Thurston, then a Hawaiian Cabinet Minister, I was sent away to England to be educated privately and fitted to the position which by the constitution of Hawaii I was to inherit. For all these years, I have patiently and in exile striven to fit myself for my return this year to my native country. I am now told that Mr. Thurston will be in Washington asking you to take away my flag and my throne. No one tells me even this officially. Have I done anything wrong that this wrong should be done to me and my people? I am coming to Washington to plead for my throne, my nation and my flag. Will not the great American people hear me?

Kaʻiulani herself travelled to the United States; she had to try. “Perhaps some day the Hawaiians will say, Kaiulani, you could have saved us, and you did not try!”  She addressed the press in the United States.

Seventy years ago, Christian America sent over Christian men and women to give religion and civilization to Hawaii. Today, three of the sons of those missionaries are at your capitol asking you to undo their father’s work. Who sent them? Who gave them the authority to break the Constitution which they swore they would uphold? Today, I, a poor weak girl with not one of my people with me and all these ‘Hawaiian’ statesmen against me, have strength to stand up for the rights of my people. Even now I can hear their wail in my heart and it gives me strength and courage and I am strong – strong in the faith of God, strong in the knowledge that I am right, strong in the strength of seventy million people who in this free land will hear my cry and will refuse to let their flag cover dishonor to mine!

She attended several events in New York and Boston, but in the end, it didn’t matter. Hawaii became a republic, and it was annexed by the United States in 1898. 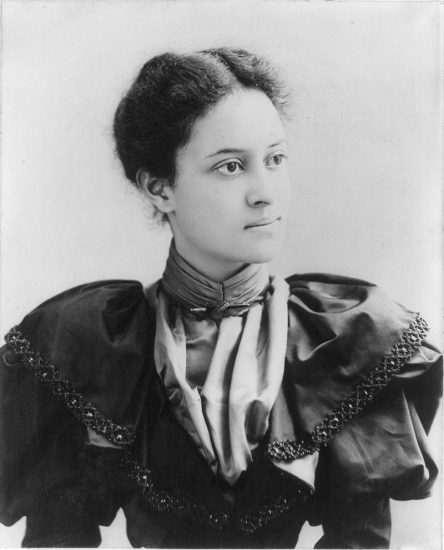 Kaʻiulani returned to Hawaii in 1897 as she hoped the warmer climate would help her deteriorating health. On 3 February 1898, she announced her engagement to Prince Kawānanakoa but once again her mother was right. Kaʻiulani was caught in a storm during a horse ride and came down with a fever and pneumonia. She never recovered and died on 6 March 1899.

The silver thread by which life had been hanging snapped like the overtaxed string of a fine stringed instrument. And there passed away she who was the most beloved of all the Hawaiian race. 1