Righteous Among the Nations is an honorific used by the State of Israel to describe non-Jews who risked their lives during the Holocaust to save Jews from extermination by the Nazis.

Helen of Greece and Denmark was born on 2 May 1896 as the daughter of King Constantine I of Greece and his wife Queen Sophia of Prussia. She married Prince Carol of Romania in 1921, and they had a single son, the future King Michael I of Romania. Carol abandoned his wife in 1925 to live with his mistress Magda Lupescu and renounced the throne.  She was given the title“The Princess Mother of Romania” in 1926, and her son ascended the throne in 1927 under the regency of his uncle, Prince Nicholas. The divorce of Helen and Carol became official in 1928. 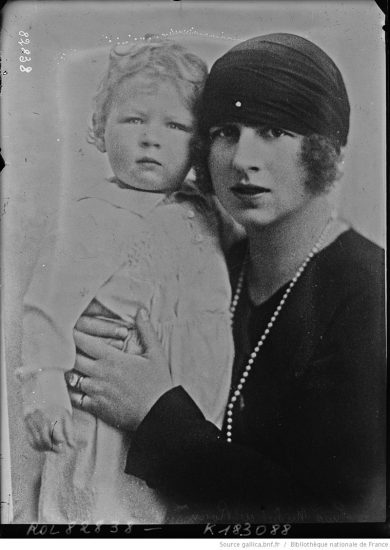 The political situation in Romania was precarious, and Carol took advantage of the situation to return to Romania in 1930. He was quickly proclaimed King in place of his son. Helen was forced into exile, and she was only allowed to see Michael two months per year. During this time she lived in Tuscany. Carol was deposed in 1940 and Helen returned to Romania to see her son become King for the second time.

During the Second World War Helen was moved upon hearing of the plight of the deported Jews. She personally managed to prevent the deportation of the philologist Barbu Lazareanu. She managed to persuade the acting prime minister to allow Jewish organisation to send medical aid, clothing and food to the Jews who were living in ghettos and camps in Transnistria.

Gustav Richter wrote that, “the Queen Mother told the King that what was happening to the people in this country was awful, that she can no longer stand this, all the more so that her name and the King’s will be connected with the murders of the Jews and so she can expect to remain in history as the mother of “Michael the Terrible.” She even threatened to leave the country, unless the deportations stopped immediately.

Michael was forced to accept a communist government, which eventually forced him to abdicate in 1947. Helen was once again exiled. Her son married Princess Anne of Bourbon-Parma in 1948 and Helen often visited the United Kingdom where her granddaughters were being educated. She had some financial difficulties later in life. She moved into a small apartment in Lausanne in 1979 and in 1981 moved in with her son at Versoix. She died there just one year later on 28 November 1982.

On 11 March 1993, Yad Vashem recognised Helen as Righteous Among the Nations. 1