Princess Helen of Greece is an outstanding figure of Romanian history although little known to the larger public. The fact that she left Romania in 1948 after the Communist regime abolished the monarchy and for the next fifty years the royal family was a forbidden topic, contributed largely to the shadows around the figure of this exceptional woman. Her life was a long series of difficulties, dramas, sudden changes and exiles all carried with a wonderful grace and an elegant resilience. 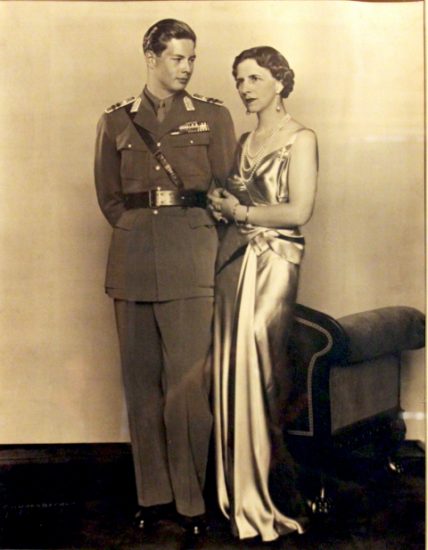 Born on 3 May 1896, in Athens, she was the third of six children of King Constantine I of Hellenes and Princess Sophia of Prussia. Helen was educated at home with tutors and governesses in the typical fashion of the beginning of the 20th century. The calm family life in Athens was disrupted by the political tension in Greece, and the family spent several years in exile. After her grandfather was assassinated in 1913, Helen’s father became King of the Hellenes.  He would be forced from the throne in 1917. The family settled in Switzerland, as Helen’s brother, Alexander, was chosen to replace his father.

It was while in exile in 1920 that the Greek royal family were visited by Queen Marie of Romania and her daughters. Beautiful and intelligent, Helen appeared to be the ideal wife for the eldest son of Queen Marie, Carol. The Romanian royal family had already gone through the scandal of the morganatic marriage of Carol with Zizi Lambrino (a descendant of a Romanian aristocratic family) and were more than happy to see him finally settling down with a woman who had the right pedigree and education. Helen’s kindness and elegance were considered the “cure” for Carol’s difficult and unstable personality. Unfortunately, things didn’t go according to the family’s plans and wishes. Soon after the wedding, it became clear that Helen and Carol were very different, she was proper and aristocratic, while he preferred spending his time partying with his friends, and in the company of other women. A son, Michael, was born in 1921 but the marriage was already on the rocks. Within a few years, Carol began an affair with Elena Lupescu, and in 1925, he renounced his rights to the throne, and he left the country. Helen was given the title Princess of Romania.

In July 1927, King Ferdinand died, and Helen’s son Michael ascended the throne at the age of just five. Despite being the mother of the King, Helen held no official position; she wasn’t a member of the Regency Council. At the end of 1927,  Carol asked Helen for a divorce, which she refused. However, she later gave in to the advice of the government, and the couple were formally divorced on 21 June 1928. 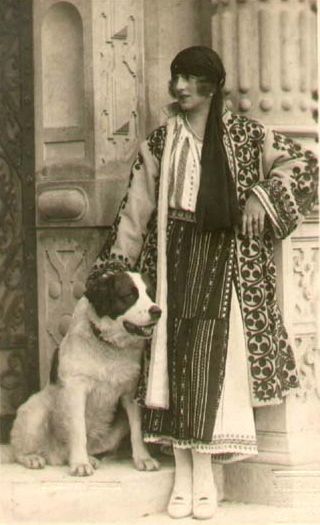 She provided her son with all the affection and protection he needed and treated Queen Marie with considerable diplomacy and kindness, which gained her the admiration of the Romanian people. But Carol returned in 1930 as King of Romania and forced her into exile. She eventually settled in Florence where she bought a house called “Villa Sparta”. Thanks to her elegant taste, Villa Sparta became a wonderful and warm home. Her son, Michael, was allowed to spend only a few weeks each year with her, living the rest of the time in Romania with his father and his long-term mistress.

In 1940, Carol was forced to abdicate, and her son Michael returned to the throne. Helen was called back to Romania and given the title Her Majesty the Queen Mother of Romania. She served as a close advisor to her son for the next eight years. Those years were some of the hardest and most unpleasant in the history of Romania, especially after 1945, when the Communists took more and more control. She was an invaluable support to her son, and she raised her voice to protect the Jewish people in Romania during the Holocaust years. For her courageous actions, she was posthumously named “Righteous Among the Nations”, a title awarded to non-Jews who risked their lives during the Holocaust to save Jews from extermination by the Nazis.

Her granddaughter, the Crown Princess Margareta of Romania once said:

Queen Helen was my spiritual guide, my mentor…she taught me about life, opened my eyes to beauty and all that is good in the world, while counselling me of its pitfalls, but she let me make my own mistakes. The Queen Mother was an extremely wise guide, not because she gave advice, but because she embodied true wisdom, which understands that one has to learn from one’s own mistakes in order to grow as a person.

Her words reflect a human model towards which we should all aspire, maybe nowadays more than ever.