Righteous Among the Nations is an honorific used by the State of Israel to describe non-Jews who risked their lives during the Holocaust to save Jews from extermination by the Nazis.

Elisabeth of Bavaria was born on 25 July 1876 as the daughter of Karl-Theodor, Duke in Bavaria and Maria Josepha of Portugal. She was named after her brother’s sister, the Empress of Austria. Elisabeth married Prince Albert, the future Albert I, King of the Belgians, on 2 October 1900. They went on to have two sons and a daughter. She became Queen upon her husband’s accession in 1909. 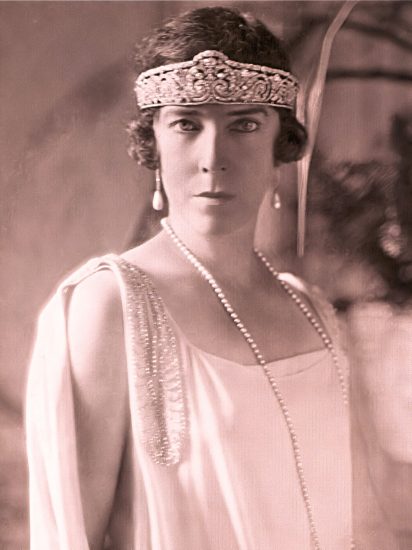 During the First World War, she and Albert lived in De Panne. She often visited the front lines, making herself very popular, despite her German background. She was widowed in 1934 when Albert died in a climbing accident in the Ardennes. Her eldest son succeeded him on the throne.

During the German occupation of Belgium during the Second World War, she used her influence as Queen to rescue hundreds of Jewish children from deportation. She had turned to Adolf Hitler himself, via the Italian royal family her daughter had married into and the Red Cross, and requested that Jews not be deported. She was promised that Jews with Belgian citizenship would not be deported and those already under arrest in Mechelen would be allowed to receive visitors. When Germans still arrested children in the Wezembeek orphanage, Elisabeth made them aware of this promise and this group of children was released. When she visited a hospital in 1943, the Germans allowed 80 Jewish sick and elderly to remain. The Jews imprisoned at Mechelen were finally released in 1943. She could not save them all, however. In September 1943 during Operation Iltis many Belgian Jews were rounded up and deported. Despite this, no other royal family came close to this kind of intervention, and for her actions, she was recognised by Yad Vashem as Righteous Among The Nations. 1

She died in Brussels on 23 November 1965 of a heart attack. She is interred in the Church of Our Lady of Laeken.