In my previous article, I have discussed the early years of Empress Maria Feodorovna. Now, this article will focus on her years as Empress. The death of  Dowager Empress Maria Feodorovna marked the end of the age of Imperial Russia. She had lived fifty years of her life in Russia and had gained the love of her people. She had been called the “Mother of Her People”.[1] Her life has often been associated with tragedy. Her husband Alexander III died in his prime at the age of 49. Two of her sons died young. She witnessed the Russian Revolution and became a hostage under their regime. Until Empress Maria Feodorovna’s dying breath, she refused to believe that her son, Nicholas II, Alexandra, and her grandchildren had died in Ekaterinburg and believed they were still alive. However, she refused to meet Anna Anderson, the woman who claimed to be Anastasia. Thus, Empress Maria Feodorovna was seen as a survivor and a symbol of the Russian monarchy. 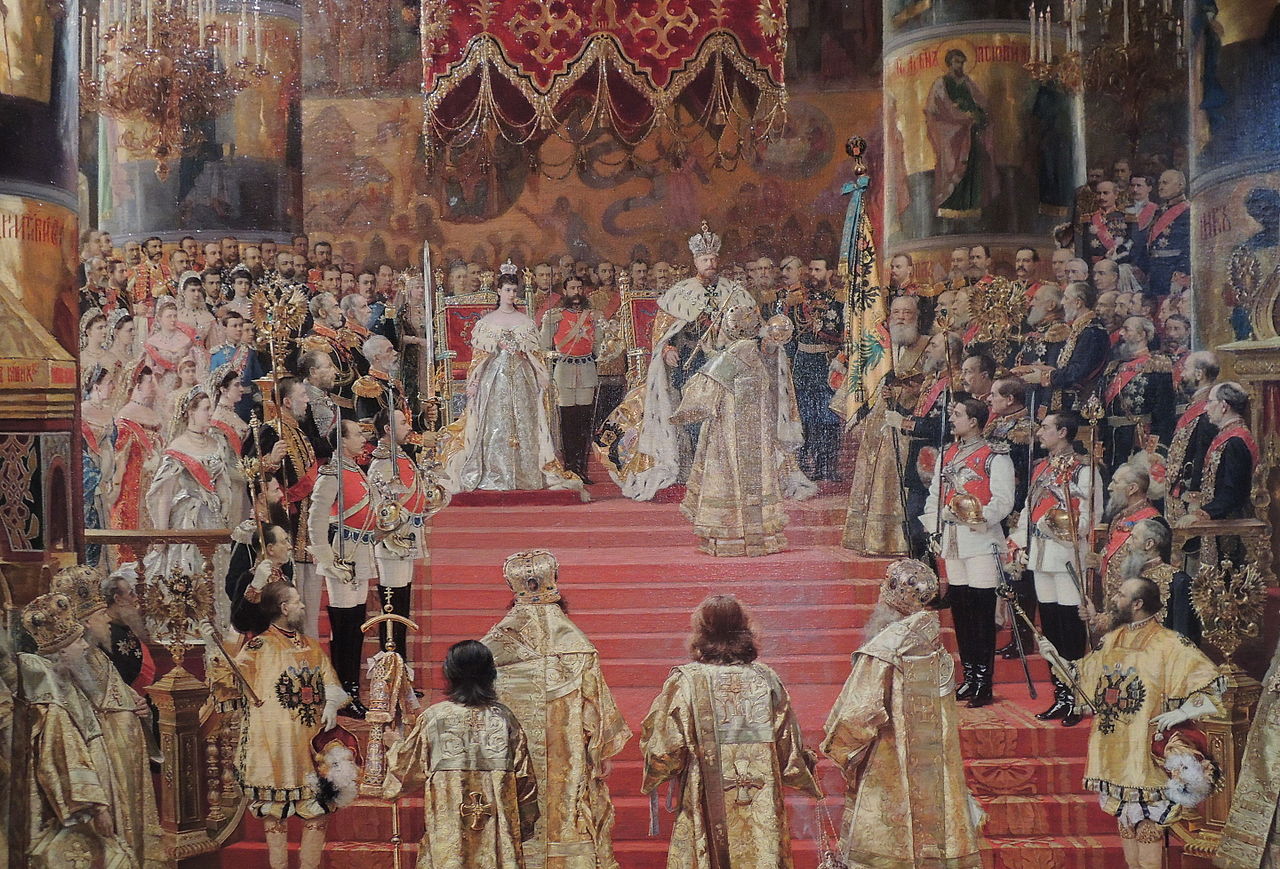 On 27 May 1883, Tsar Alexander and Maria Feodorovna were crowned Emperor and Empress of Russia.[2] They lived in Gatchina palace. Maria Feodorovna did not like it because it was large. However, it was easier to be guarded.[3] They had a strict everyday routine.  They would dine at eight o’ clock. Their four-course meal was served in precedence. Alexander and Maria Feodorovna’s children would only be able to eat a few mouthfuls before their parents were done and their plates would be taken away.[4] This left the children very hungry. One time, Nicholas was so hungry that he ate the beeswax of his crucifix.[5] After dinner, Alexander would read aloud. Every autumn, the royal family would take trips to Denmark.[6]

In 1887, there was an assassination attempt on Tsar Alexander III’s life. Five students were hanged.[7]  On 29 October 1888, the royal family were having lunch in the dining car when it crashed. The roof of the dining car nearly fell on them.[8] The train crash killed twenty-one people and injured thirty-five.[9]

During Maria Feodorovna’s reign as Empress, she took an interest in charity. During the St. Petersburg cholera epidemic, she visited hospitals and spent time with the sick and the wounded.[10] She was also appointed President of the Russian Red Cross. She encouraged the building of boarding schools for girls, for she believed in women having an education.[11]

In 1894, Tsar Alexander was showing signs of ill health.[12] He was 49 but looked older. Because of his ill health, Nicholas had to marry.[13] Nicholas chose Alexandra of Hesse. Maria Feodorovna thought that Alexandra was an unsuitable bride because she was stiff, shy, withdrawn, and awkward.[14] However, Nicholas gave them an ultimatum. He would marry Alexandra or no one at all.[15] Eventually, they relented. Alexandra was reluctant to marry Nicholas because of her Lutheran faith.[16] It eventually took Alexandra’s sister, Ella, to persuade her to convert to Orthodoxy.[17] She showed Alexandra that the Orthodox religion was not so bad.[18] Alexandra agreed and became engaged to Nicholas. 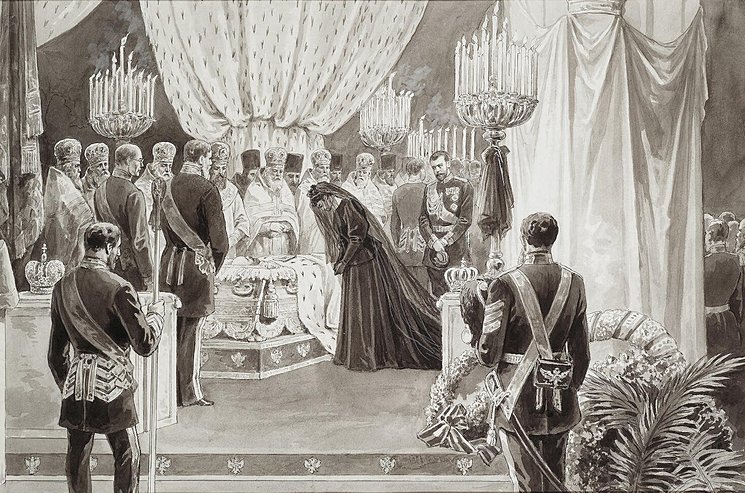 In August of 1899, her son George died. In 1890, George had tuberculosis and was often ill. He had lived apart from his family in Abbas Touman since.[31] Maria Feodorovna was very distraught by his death. On 9 August 1901, Maria Feodorovna persuaded her reluctant daughter to marry Prince Peter of Oldenburg.[32] The marriage turned out to be a disaster, for Prince Peter was a homosexual. Olga would later divorce him and marry Nicholas Kulikovsky, much to the disapproval of Nicholas II and Marie Feodorovna.[33]

During her years as Dowager Empress, Maria Feodorovna spent most of her time abroad. She even purchased a house, Hvidovre, with her sister, Queen Alexandra.[34] She was distraught to hear that Alexandra was influenced by Rasputin. She believed that Rasputin was harmful to the monarchy and demanded that he be sent away.[35] Her demands fell on deaf ears. Maria Feodorovna faced another situation. Her son, Grand Duke Michael married his long-time mistress Natasha in 1912.[36] Maria Feodorovna disapproved of the marriage because of Natasha’s commoner status.[37]

When WWI occurred, Maria Feodorovna returned to Russia. She moved to Yelagin Palace with Xenia and her family.[38] She founded charities for poor soldiers, visited hospitals, and went to bazaars to sell the work of wounded soldiers.[39] In October 1916, Maria Feodorovna moved to Kiev where Olga was working as a nurse.[40] She never returned to St. Petersburg.

On 15 March 1917, Nicholas II abdicated his throne. At first, it was in favour of Alexei with Michael as regent. However, when he learned that Alexei would have to be separated from them and live with Michael and his wife, he changed his mind and gave the throne to Michael instead.[41] After a meeting with his ministers, Michael refused the throne on the basis that his safety was not guaranteed if he accepted it.[42] Thus, the Romanov dynasty was no more. 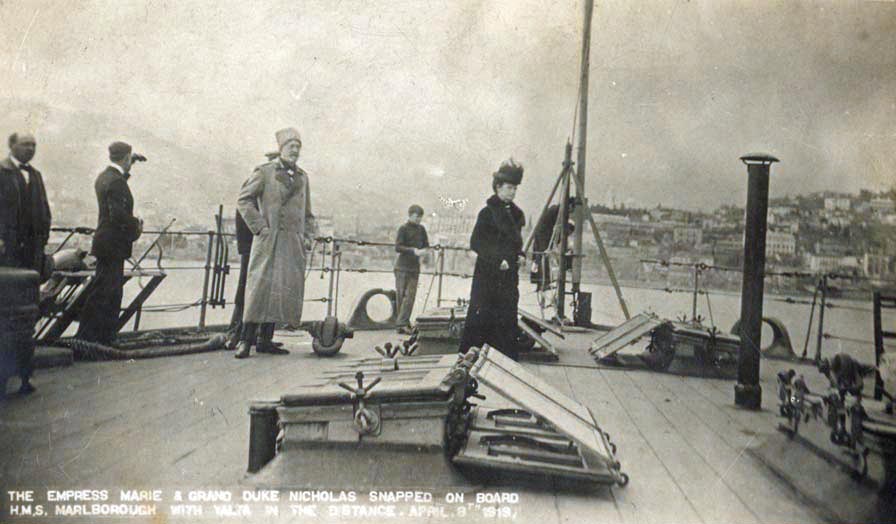 When Maria Feodorovna heard of Nicholas II’s abdication, she was humiliated.[43] She could not comprehend why Nicholas had abdicated. Maria Feodorovna visited Nicholas that day in Moghilev. Their meeting would be the last time Marie Feodorovna would ever see her son.[44] Once the Revolution reached Kiev, Maria Feodorovna left for the Crimea.[45] When the Russian Revolution reached Crimea, Maria Feodorovna, her two daughters and their husbands were placed under house arrest.[46] On 11 March 1918, they were transported to Djulber, where they were imprisoned in the villa of the Grand Duke Peter Nicholaevich.[47] After their imprisonment in Djulber, Maria Feodorovna went to live in Harax.[48]  When she heard of the deaths of Nicholas, Michael, and their families, she was devastated.[49] However, she insisted that they were alive. The British planned a rescue mission to save Maria Feodorovna.  She was reluctant to leave. She did not want to be living off of the charities of her relatives.[50] She eventually agreed, with the condition that the British must rescue the rest of her family, her retainers, and many refugees.[51] This was a headache for the British. They did not have much room on the ship to meet her demands.[52] Nevertheless, they complied. Maria Feodorovna arrived in England to live with her sister, Queen Alexandra at Sandringham.[53] She found living with her sister unbearable. The two women were cantankerous, unwell, and unhappy.[54] She decided to live in Denmark. 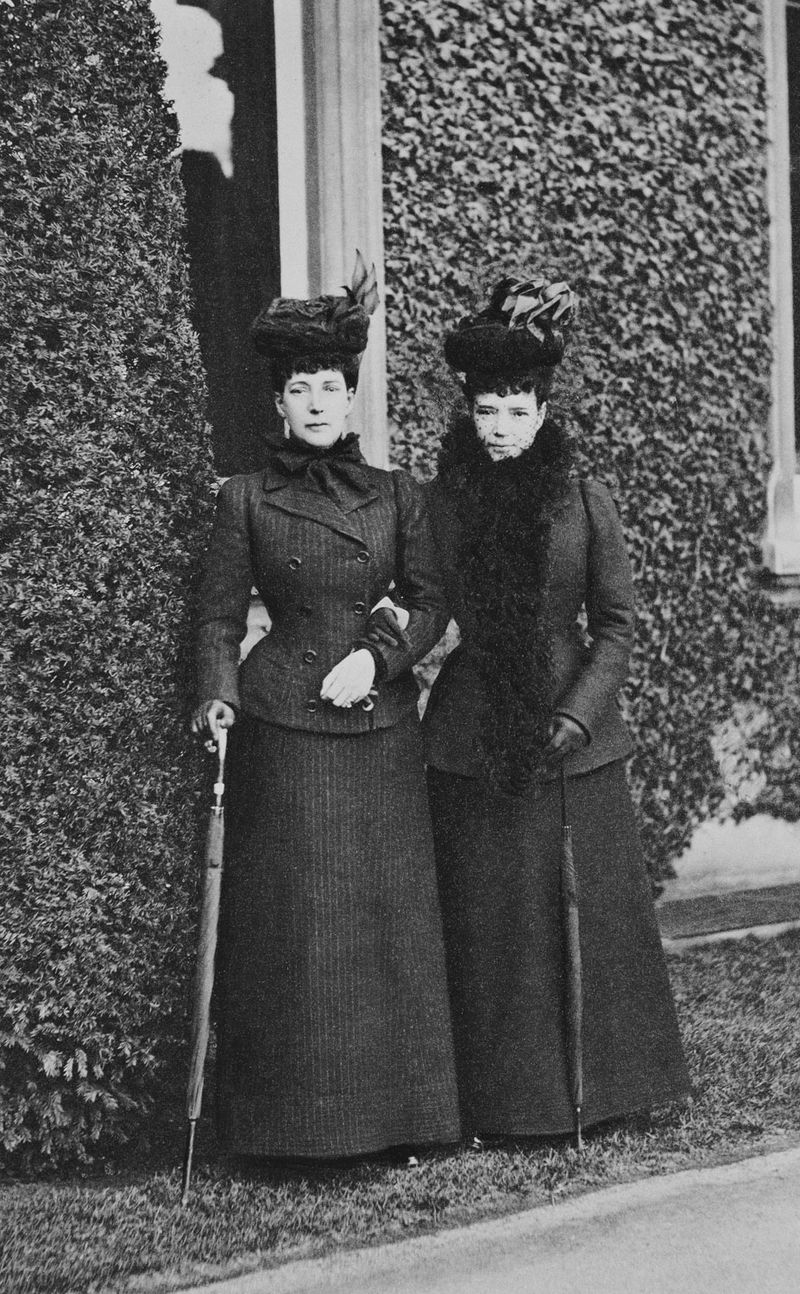 Maria Feodorovna arrived in Denmark on 19 August 1919 and lived in Hvidore.[55] She always believed that Nicholas and his family were alive. When Anna Anderson claimed to be Anastasia, she immediately believed that she was a pretender.[56] This was because if Anastasia was the only survivor, it meant that she had to acknowledge Nicholas II, Alexandra, and her grandchildren’s deaths.[57] She died in her sleep on 13 October 1928 at the age of 80. She was given a stately funeral.[58] In 2006, Maria Feodorovna was reburied in the Cathedrals of Sts. Paul and Peter.[59] Thus, Marie Feodorovna was truly the mother of her people. She was loved both in life and in death.

Aronson, Theo. A Family of Kings: The Descendants of Christian IX of Denmark. Thistle

Hall, Coryne. Little Mother of Russia: a Biography of the Empress Marie Feodorovna