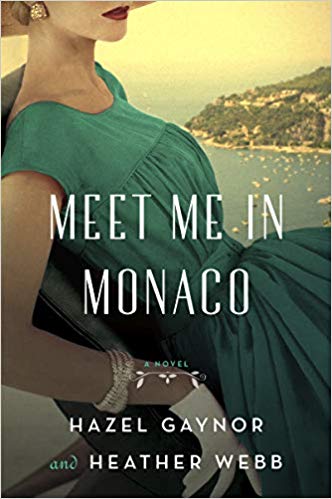 Meet Me in Monaco: A Novel of Grace Kelly’s Royal Wedding

Movie stars and paparazzi flock to Cannes for the glamorous film festival, but Grace Kelly, the biggest star of all, wants only to escape from the flash-bulbs. When struggling perfumer Sophie Duval shelters Miss Kelly in her boutique to fend off a persistent British press photographer, James Henderson, a bond is forged between the two women and sets in motion a chain of events that stretches across thirty years of friendship, love, and tragedy. James Henderson cannot forget his brief encounter with Sophie Duval. Despite his guilt at being away from his daughter, he takes an assignment to cover the wedding of the century, sailing with Grace Kelly’s wedding party on the SS Constitution from New York. In Monaco, as wedding fever soars and passions and tempers escalate, James and Sophie—like Princess Grace—must ultimately decide what they are prepared to give up for love. 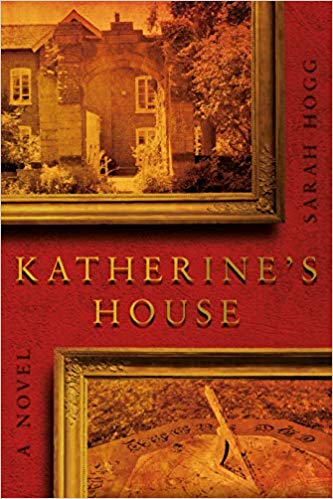 Kettlethorpe, a modest little group of buildings deep in the English countryside, has housed many lives woven of great events and private joys and griefs. It was the home of Katherine Swynford, perhaps the most romantic figure of medieval times, but before and after her of knights and farmers, soldiers and lawyers, maids and maidservants, whose footsteps echo through the house’s history. In telling the story of Kettlethorpe, this story touches on some of the greatest events in our history, from the Danish invasion and the Norman Conquest to the Battle of Lincoln Fair, the Pilgrimage of Grace and the Civil War. These were events that took place on Kettlethorpe’s doorstep. It passes through the great days of the Georgian country house to the fate of a converted ruin, a farmhouse and dower house for a hunting widow, keeping the estate going until close to the outbreak of the Second World War. A war in which, once more, Lincolnshire – “Bomber County” – would play such an important part. What’s more, this is a story not about the great or whom grand houses were built, but about what Cromwell called “the middling sort” – a little up in some generations, down in others, but with lives always within the compass of our imagination. 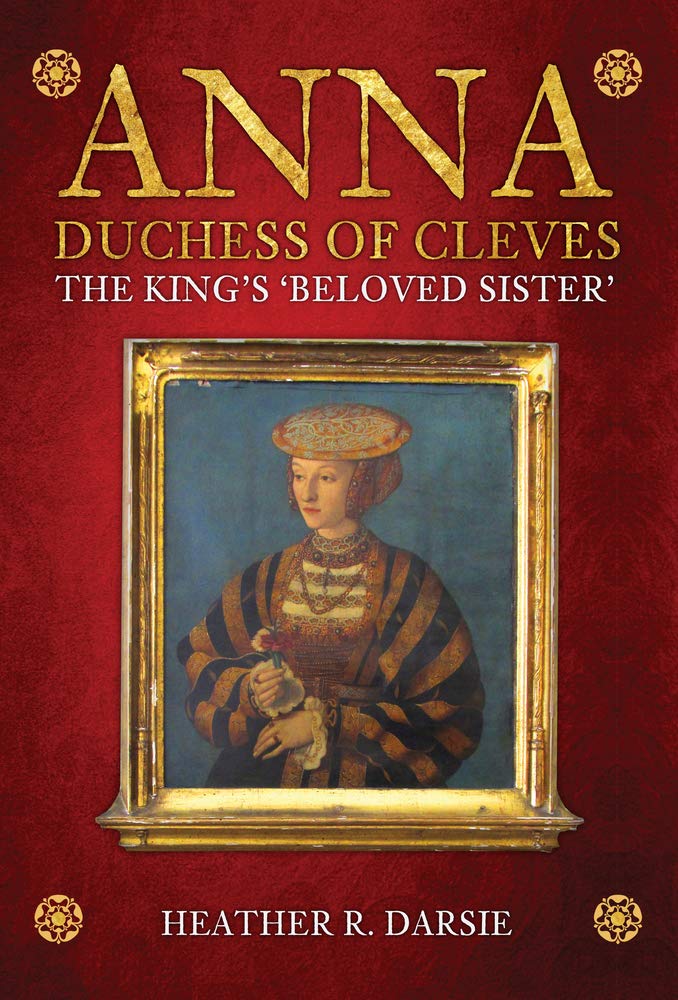 ‘The King’s Beloved Sister’ looks at Anne of Cleves from a new perspective, as a woman from the Holy Roman Empire and not as a woman living almost by accident in England. Starting with what Anne’s life as a child and young woman was like, the author describes the climate of the Cleves court, and the achievements of Anne’s siblings. It looks at the political issues on the Continent that transformed Anne’s native land of Cleves – notably the court of Anne’s brother-in-law, and its influence on Lutheranism – and Anne’s marriage. Finally, Heather Darsie explores ways in which Anne influenced her step-daughters Elizabeth and Mary, and the evidence of their good relationships with her.

Was Anne – the Duchess Anna – in fact a political refugee, supported by Henry VIII? Was she a role model for Elizabeth I? Why was the marriage doomed from the outset? By returning to the primary sources and visiting archives and museums all over Europe (the author is fluent in German, and proficient in French and Spanish) a very different figure emerges to the ‘Flanders Mare’. 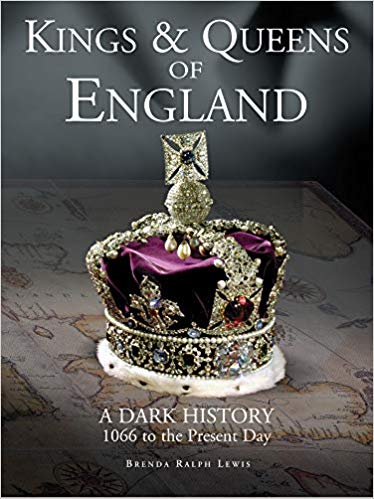 Dark History of the Kings and Queens of England

Despite its reputation as the longest established in Europe, the history of the English monarchy is punctuated by scandal, murders, betrayals, plots, and treason. Since William the Conqueror seized the crown in 1066, England has seen three civil wars; six monarchs have been murdered or executed; the throne of England has been usurped four times, and won in battle three times; and personal scandals and royal family quarrels abound. The Dark History of the Kings & Queens of England provides an exciting and dramatic account of English royal history from 1066 to the present day. This engrossing book explores the scandal and intrigue behind each royal dynasty, from the ‘accidental’ murder of William II in 1100, through the excesses of Richard III, Henry VIII and ‘Bloody’ Mary, to the conspiracies surrounding the death of Diana, Princess of Wales, in 1997 and the present-day troubles of Meghan’s family. Carefully researched, superbly entertaining and illustrated throughout with more than 200 colour and black-and-white photographs and artworks, this accessible and immensely enjoyable book highlights the true personalities and real lives of the individuals honoured with the crown of England – and those unfortunate enough to cross their paths. 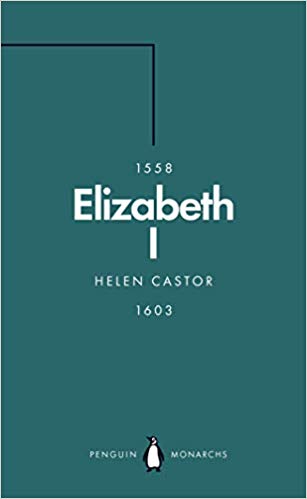 Elizabeth I (Penguin Monarchs): A Study in Insecurity

In the popular imagination, as in her portraits, Elizabeth I is the image of monarchical power. But this image is as much armour as a reflection of the truth. In this illuminating account of England’s iconic queen, Helen Castor reveals her reign as shaped by a profound and enduring insecurity that was a matter of both practical politics and personal psychology.

The Duchess of Windsor: Memoirs of a Friend

The only memoirs written by a close friend of the Duchess of Windsor, expanded with an interview with the author – Diana Mitford, Lady Mosley, the middle of the Mitford siblings. 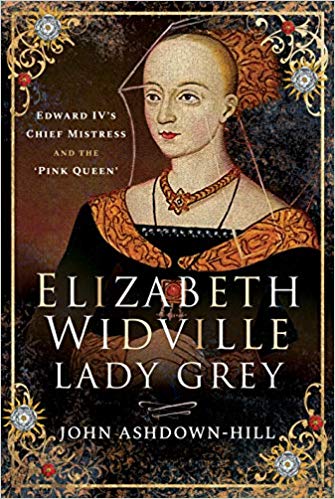 Wife to Edward IV and mother to the Princes in the Tower and later Queen Elizabeth of York, Elizabeth Widville was a central figure during the War of the Roses. Much of her life is shrouded in speculation and myth even her name, commonly spelled as Woodville , is a hotly contested issue. Born in the turbulent fifteenth century, she was famed for her beauty and controversial second marriage to Edward IV, who she married just three years after he had displaced the Lancastrian Henry VI and claimed the English throne. As Queen Consort, Elizabeth s rise from commoner to royalty continues to capture modern imagination. Undoubtedly, it enriched the position of her family. Her elevated position and influence invoked hostility from Richard Neville, the Kingmaker , which later led to open discord and rebellion. Throughout her life and even after the death of her husband, Elizabeth remained politically influential: briefly proclaiming her son King Edward V of England before he was diposed by her brother-in-law, the infamous Richard III, she would later play an important role in securing the succession of Henry Tudor in 1485 and his marriage to her daughter Elizabeth of York, thus and ending the War of the Roses. Elizabeth Widville was an endlessly enigmatic historical figure, who has been obscured by dramatizations and misconceptions. In this fascinating and insightful biography, Dr John Ashdown-Hill brings shines a light on the truth of her life.