In the middle of a super busy exhibition about the 80s (now closed), there was a corner about the inauguration of Queen Beatrix of the Netherlands. They even had the very dress that Beatrix wore underneath her robe. 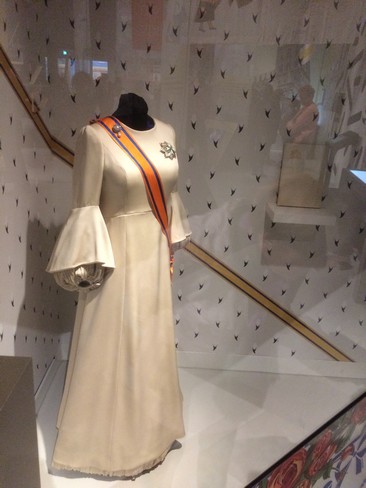 The dress was made by Theresia Vreugdenhil and reportedly, the future Queen had just one very specific wish. The sleeve had to stay in place during the oath-taking. 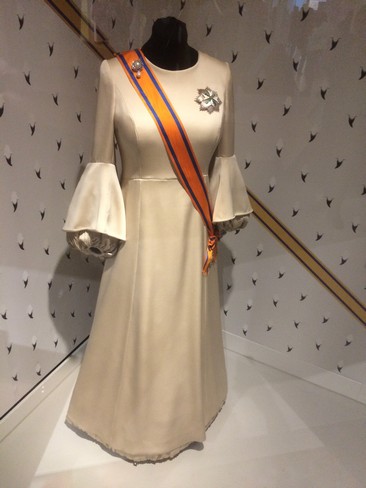 It was quite special seeing the dress and unfortunately, you can no longer visit the exhibition as it was only on for another week when I visited it. Hopefully, it will go on display elsewhere.