Anne of Hanover, or Anne, Princess Royal and Princess of Orange was born as the eldest daughter of George II of Great Britain and Caroline of Ansbach on 2 November 1709. She was only the second holder of the Princess Royal title, but as her predecessor Mary had done, she married a Prince of Orange. Anne was born in Hanover five years before her grandfather George succeeded Anne of Great Britain. She was named after her. Anne was taught music by George Friedrich Händel, and he called her the ‘Flower of Princesses’. Anne was an avid painter and even did her own self-portrait. 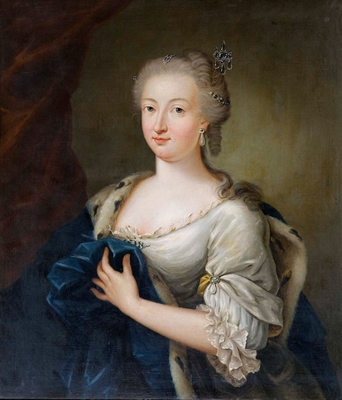 Anne married William IV, Prince of Orange in the Chapel Royal at St. James’s Palace on 25 March 1734. William had arrived in England the previous year but became very upon arrival, and it took several months for him to recover. William had a deformity of the spine, but Anne didn’t care. He was her ‘Pepin’, and she was his ‘Annin’.

The book offers a great insight into their married life. I really enjoy reading the letters between her and William. They seemed to have had a loving relationship. Anne soon believed herself to be pregnant, but no child was born in 1735. Perhaps this was a false pregnancy. Her second pregnancy had perhaps an even more tragic ending. During labour, the child’s skull had to be crushed to save the mother after four days. It was a girl. How traumatic that must have been for her. A third pregnancy again produced a stillborn girl ‘in whom the light of life never shone’. A fourth pregnancy proved successful. Carolina was born on 23 February  1743, and she was baptised at the Jacobijnerchurch in Leeuwarden. Anne had a miscarriage in her twentieth week in March of 1745. A sixth pregnancy produced another daughter, who was baptised, Anna Maria. The child died suddenly on 29 December 1746. ‘This special and dear baby we hope she will find peace and that one day we shall be reunited’, wrote William. Her seventh pregnancy would be her greatest triumph. In the same room where almost a 100 years earlier Mary, Princess Royal and Princess of Orange gave birth to the future William III in the Binnenhof in The Hague Anne gave birth to the future William V in 1748. 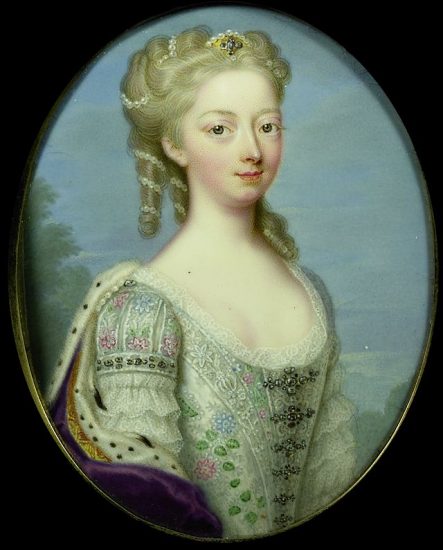 William IV had frequently been unwell in the four years before his death. He collapsed after hearing of a fever that Carolina had and while Carolina recovered he did not. He suffered a massive stroke on 18 October 1751 and died on 22 October with Anne beside him.

Anne became regent for her son, but more especially she was also ‘Governor and Guardian’, implying a greater importance. Even Marie-Louise of Hesse-Kassel had only been a ‘guardian’. Anne faced a difficult task ahead, and she was often accused of being an English puppet. However, she secured the marriage of her daughter Carolina to Charles Christian, Prince of Nassau-Weilburg. Her son married Wilhelmina of Prussia in 1767, and it was their son William who became the first King of the Netherlands. Anne would not live to be regent for very long. After only nine years Anne was suffering from fevers and a heaviness of her legs. On 9 January 1759, she was in excruciating pain and could no longer bend her legs. She died in her sleep on 12 January 1759. The crowds that came to her funeral were much larger than those for her husband, a testament to her popularity. The regency was taken over by Marie-Louise of Hesse-Kassel. She died when William was just 17 so the last few months of regency were covered by his sister Carolina, who was 22 at the time. 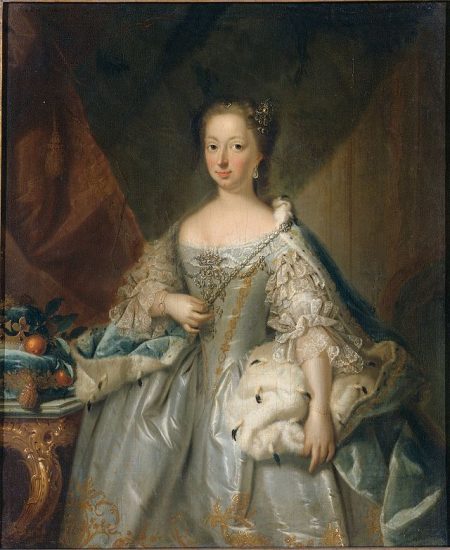 The book is quite an accessible read for an academic book. I had no trouble following it. However, I would not suggest buying it since it is amazingly expensive. It’s also quite a few years old. Look for it in your library instead, as it is an interesting read!