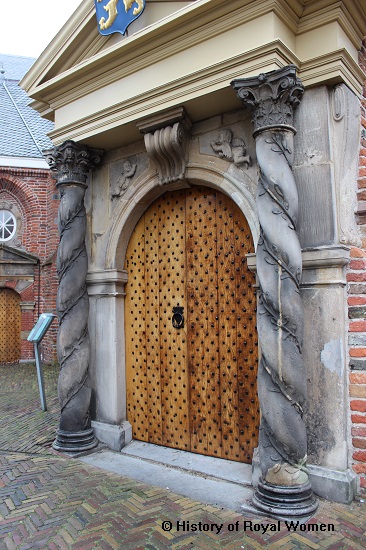 In the search for some local history I learned that Leeuwarden in the north of the Netherlands had some pretty remaining history. The Tourist Information even had a so-called Nassau walking route through the city. My first stop was the Great- or Jacobijnerchurch. This church contains the crypt of the Frysian Nassau’s, the counts of Nassau-Dietz. 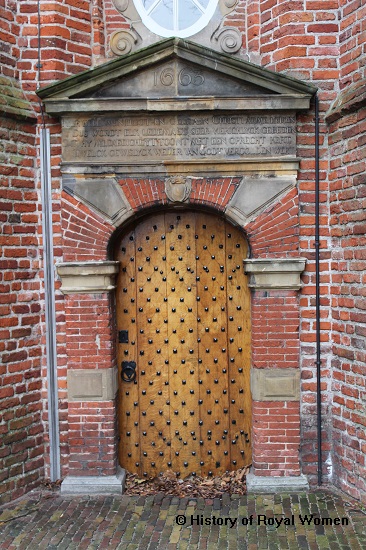 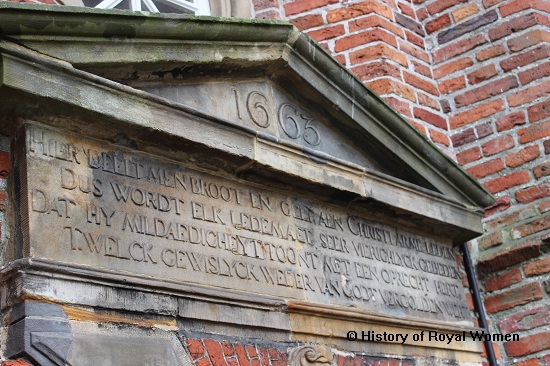 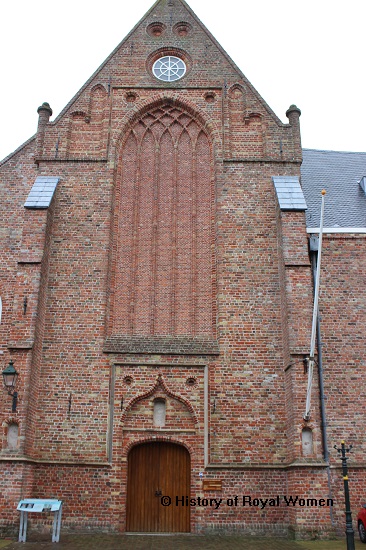 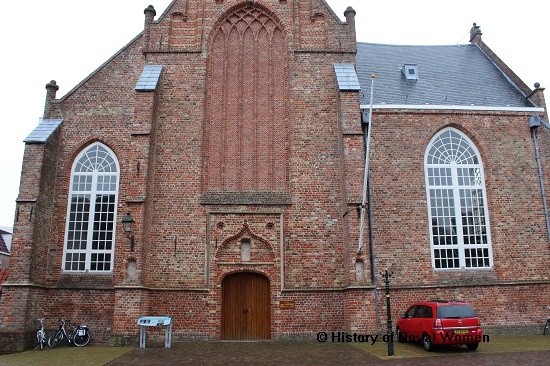 Royal women buried there are:

Unfortunately, the church is only open to the public during certain months of the summer. 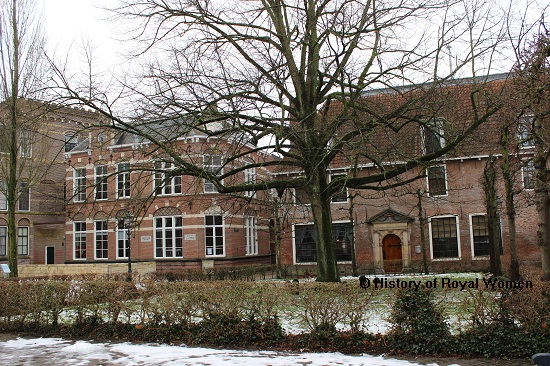 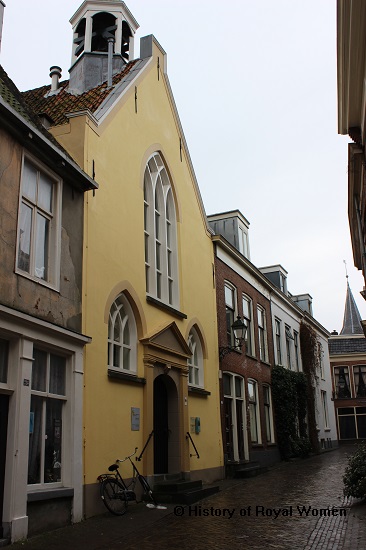 The Wallonian Church can be seen from the Jacobijnerchuch and again it was closed. I’m not sure why cities bother to promote these walking routes if nothing is open. It looks pretty enough from the outside. It’s quite an unusual place for a church, right in the middle of a neighbourhood in between houses. 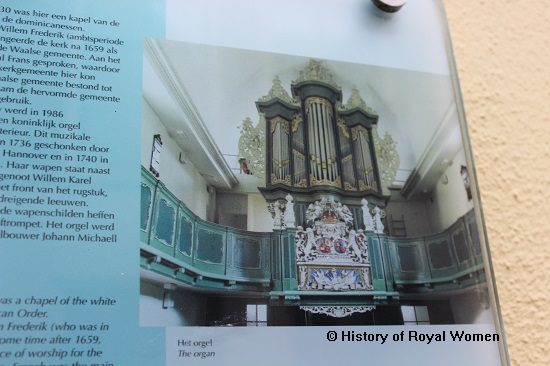 I was disappointed that I couldn’t see this organ. It was donated by Anne of Hanover. 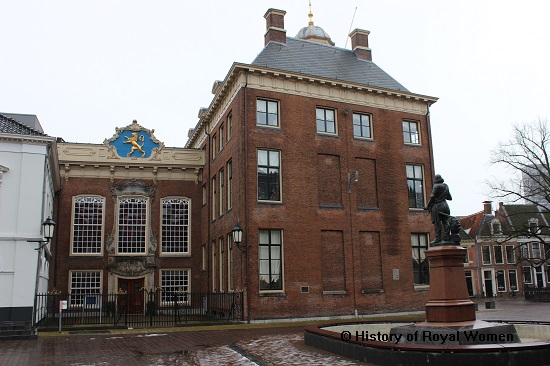 Walking further you come across the Palace of Justice. It was built in the 1800’s and it faces the Stadhouderlijk Hof (Court of the Stadtholders). 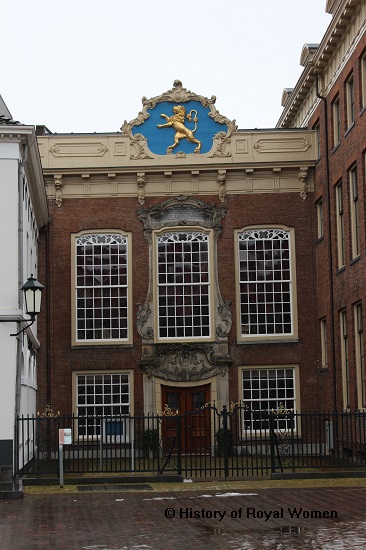 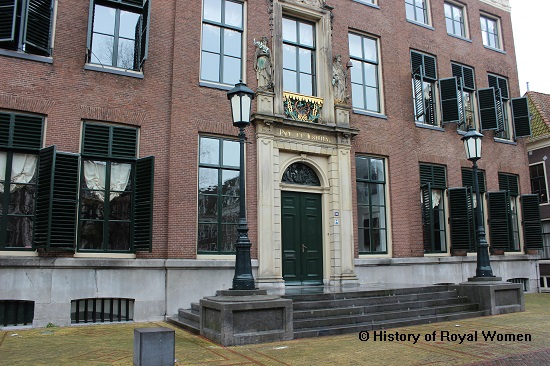 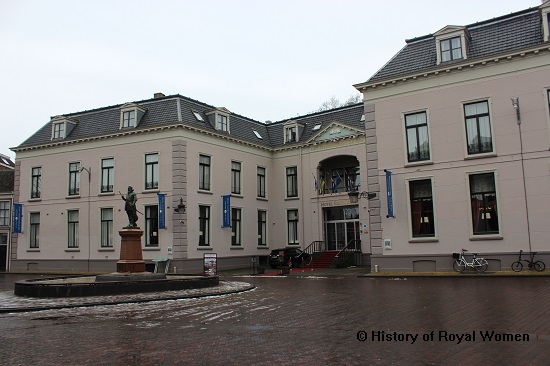 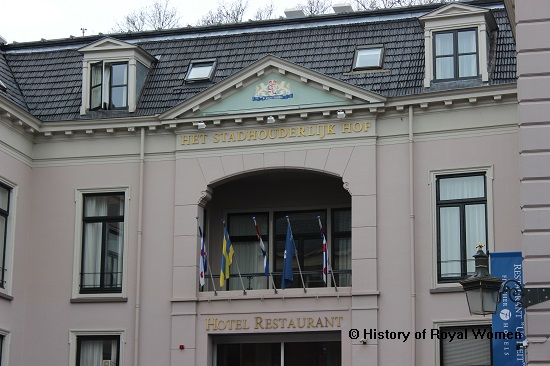 It is now a hotel, but it used to be the home of Anna of Nassau, Sophia Hedwig of Brunswick-Wolfenbüttel, Albertina Agnes of Nassau, Henrietta Amalia of Anhalt-Dessau and Marie Louise of Hesse-Kassel. 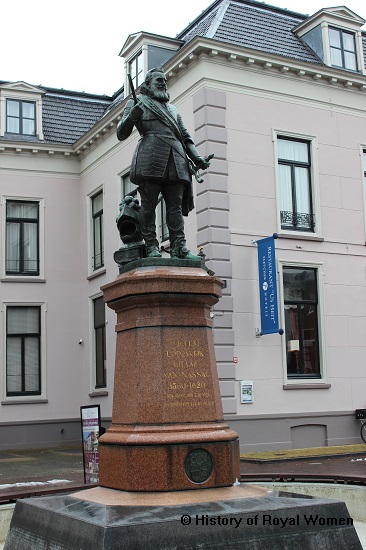 In front of it stands the Us Heit (Our Father) statue of William Louis, Count of Nassau-Dillenburg. 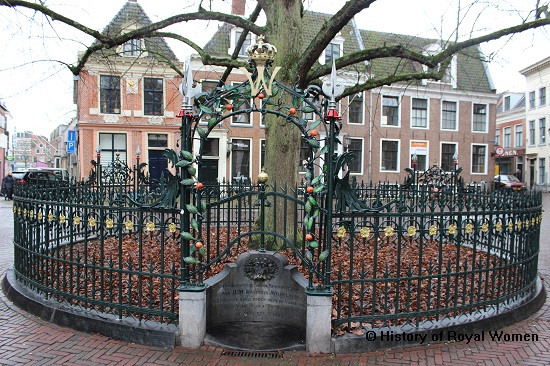 Though it wasn’t on my Nassau map I spotted this in the corner of my eye. It’s a memorial to the enthronement of Queen Wilhelmina. Such a lovely spot! 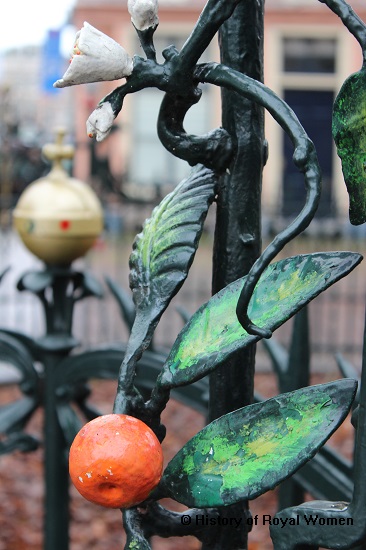 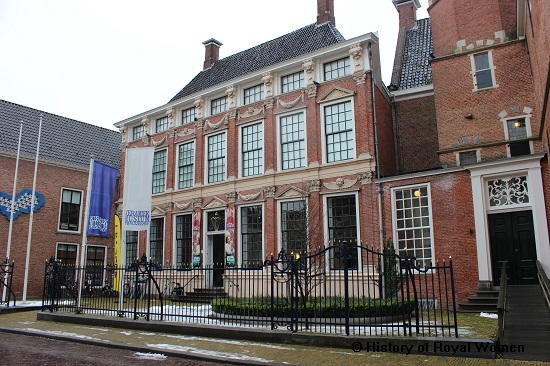 I was most interested in this building. The home of Marie Louise of Hesse-Kassel. It is called the Princessehof and actually houses a ceramics museum (yes, apparently those exist!) 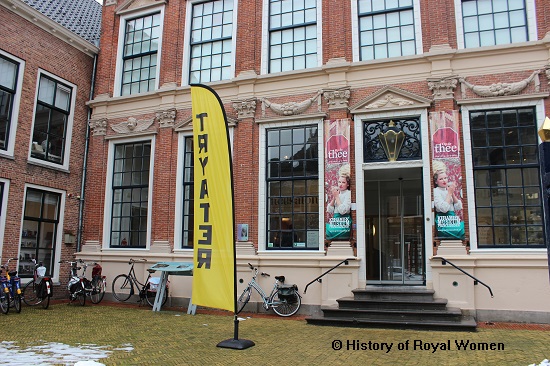 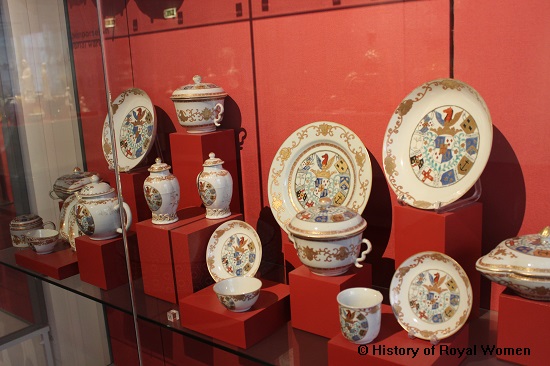 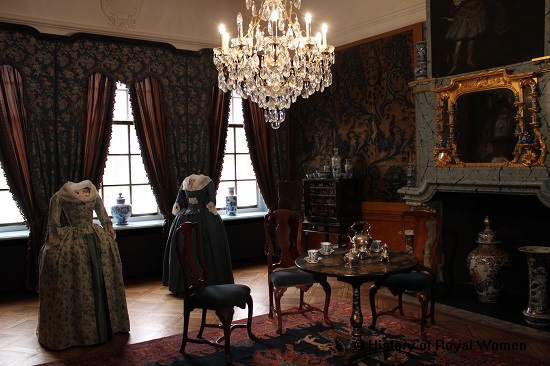 Only one room was dedicated to its most famous inhabitant and I believe I took more pictures in this one room than I did in the entire museum. 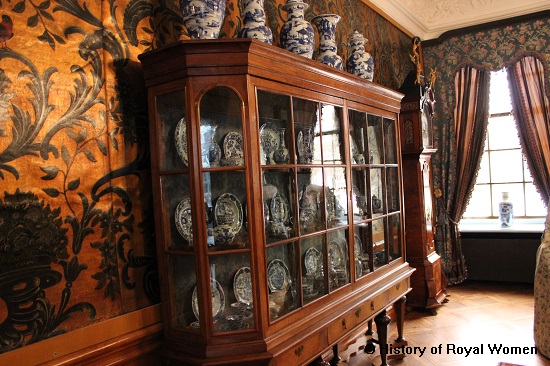 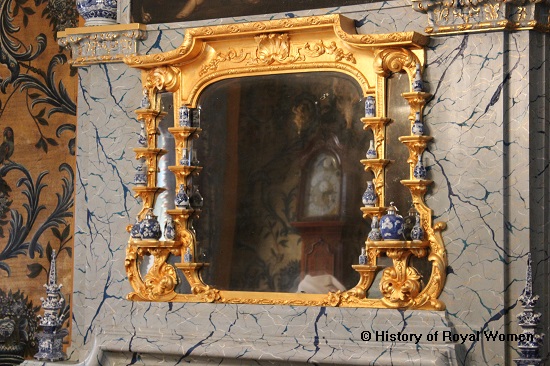 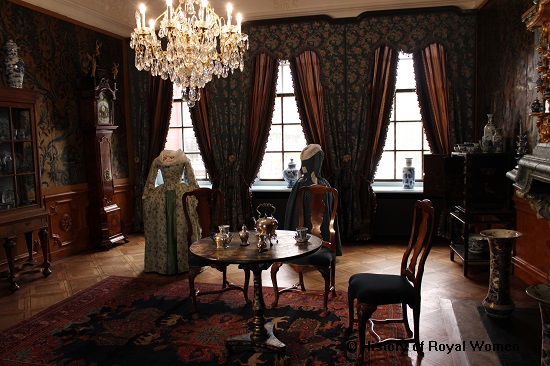 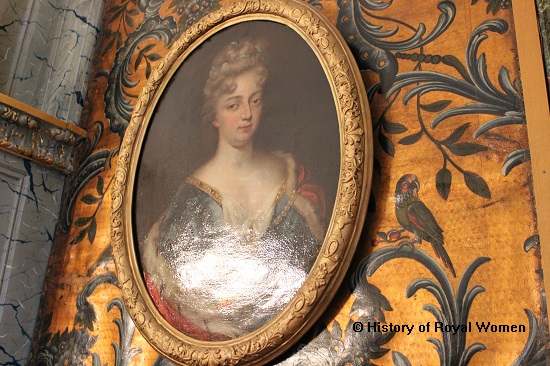 Marie Louise of Hesse-Kassel was born to Charles I, Landgrave of Hesse-Kassel and Maria Amalia of Courland. She was the Princess Consort of Orange as the wife of John William Friso, Prince of Orange. Her husband died while she was pregnant and when her son William was born he was the Prince of Orange from the moment he was born. She served as regent for him until 1731. She had little experience with governing but she grew quite popular among the public.

She again served as regent from 1758 to 1765 for her grandson after her daughter in law Anne of Hanover had died. Marie Louise died on 9 April 1765. 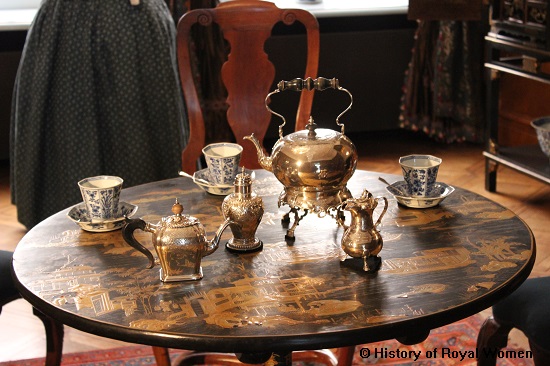 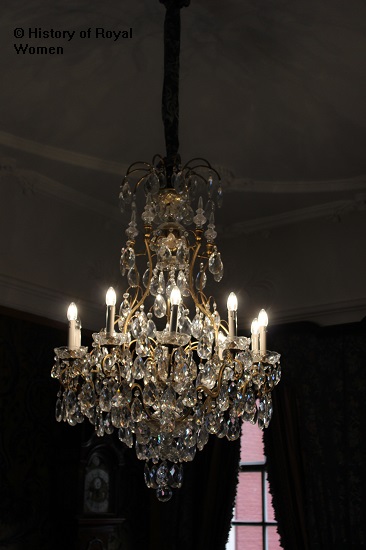 Though I had a lot of fun in Leeuwarden, I wish it was aimed more towards tourism. There were hardly any signs or markers and most things were closed. Such a shame.

You can find pictures of the tomb inside the Jacobijnerchurch and the organ in the Wallonian Church here.